Arianne Brown: It must be hard being a dad

Father's Day is around the corner, causing many to reflect on the important role of fathers. (Halfpoint, Shutterstock)

SALT LAKE CITY — It's hard to be a dad, at least I imagine it must be. I mean, I have only been an active and passive observer, of course, to many who hold this title.

As an outsider looking into the world of a dad, I have seen nothing short of an ever-so-delicate balance of duties and roles. From the first day a man becomes a dad, his role is defined in an undefined sort of way.

Be tender with your children, but teach them what it is like to be a real man. "Real men don't cry" used to be the acceptable narrative, but now it's OK to show your emotions — actually it's greatly encouraged.

But what about anger?

Don't be angry when you feel that emotion because it makes you scary, and will teach your sons to show anger, and your daughters will fear you. But, if you suppress all emotions, you are calloused and lazy, but all you're really being is quiet.

Be playful with your kids, but not too fun because you need to remain in an authoritative position. Your children need to respect you.

Dads are expected to provide, and while this expectation is slowly changing, it is still slow to change. Bringing home the bacon is engrained so deep, that it might as well be chromosomal. Also, embedded in the XY chromosome coding is the assumed role of protector, tool-kit owner and automotive knowledge encyclopedia.

Dads, as I see it, are expected to be everything and nothing all at the same time. What an impossible place to be.

But dads have endless potential if we let them be more than just dads.

Dads are men with innate desires and talents. Some are natural nurturers and born fun guys. Some are natural observers and helpers who loathe the thought of having to take charge. Some are great speakers, while others take a more reserved and listening natural stance.

I know dads who cry when they feel deep emotion, whether it's happiness or sadness. I have been in the presence of dads who have anger in their respective driver's seats, and I can imagine the fear that is beneath that emotion.

Because it is often frightening to be a dad, at least from my observation.

Fear of not being enough, or what your upbringing or society wants you to be. Fear of not knowing the unknown of fatherhood because what is a dad supposed to look like anyway?

Happy Father's Day to all dads who are doing their best to define dadhood in their own dad-filled way.

What defines a dad to you? Tell us about the dads in your life in the comment section. 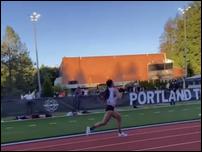