SALT LAKE CITY — Would today's high school students rather attend college for free, or receive more resources to help them apply for college and scholarships?

The answer, according to a new study by Envision Utah, might surprise you.

When asked to score ideas to increase post-secondary achievement in the state on a scale of 1 to 7, students gave "more resources/info about paying for college" the highest score of 5.6, followed by "better info about applying to college," with 5.5.

The idea of making college free ranked third with a score of 5.

The nonprofit advocacy group recently surveyed more than 7,600 high school students about their plans after high school and analyzed the answers of 4,500 of them. The survey was distributed to students by school districts and others, and represented census and Utah school enrollment data, according to Envision Utah.

Brown said one of the biggest takeaways from the survey is the "misperceptions" that exist in high school students about college.

"And part of it is as a student, it's hard to really comprehend in a concrete way what the costs are," he said.

Stories on the news about the cost of student loans can also be "disconcerting" to them, Brown said. 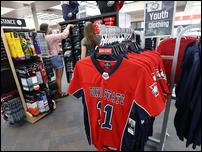 As a dual mission institution that awards credentials that range from certificates to a handful of graduate degrees, Dixie State University "takes all comers," explains Michael Lacourse, DSU's vice president of academic affairs.

The findings signal that more work needs to be done to help students understand the return on investment in getting a degree of higher education, Brown said. A person with a bachelor's degree on average makes $20,000 more per year than someone without, he said, meaning that graduates largely realize their returns on investment quickly.

"And I think that is something that can be hard to grasp. For someone who's maybe had a high school job or something, those are big numbers, so I can see it being intimidating. And so we would like to see just better understanding, and support and mentorship for students," to help them understand the data, Brown said.

When discussing the financial aspect of students' perspectives on college found in the survey with education experts, Brown said he "always" hears that a lot of available scholarship funds go unused.

"I think, on one level, we could help students by providing more mentorship, more guidance, more support, so they have the knowledge to navigate the process," he said.

Envision Utah also found in the survey that first-generation college students are more likely to say they don't feel confident navigating the system.

"It's a nebulous and confusing process," Brown said.

"I think it does highlight a need to really pay attention to our first-generation students and make sure they are getting the support they need to understand the process," he said.

The state could simplify the process of applying to schools by allowing students to submit a single application that goes to each school, Brown said.

College access advisers have long been demonstrated as effective at helping students with the college application process, he noted. But the state faces a shortage of guidance counselors.

Envision Utah plans to work with educators and legislators to discuss potential solutions and whether the issues would best be handled at the state or individual school level, Brown said.