Want to will the Jazz to the top seed in the playoffs? It may be time to #Root4Dame 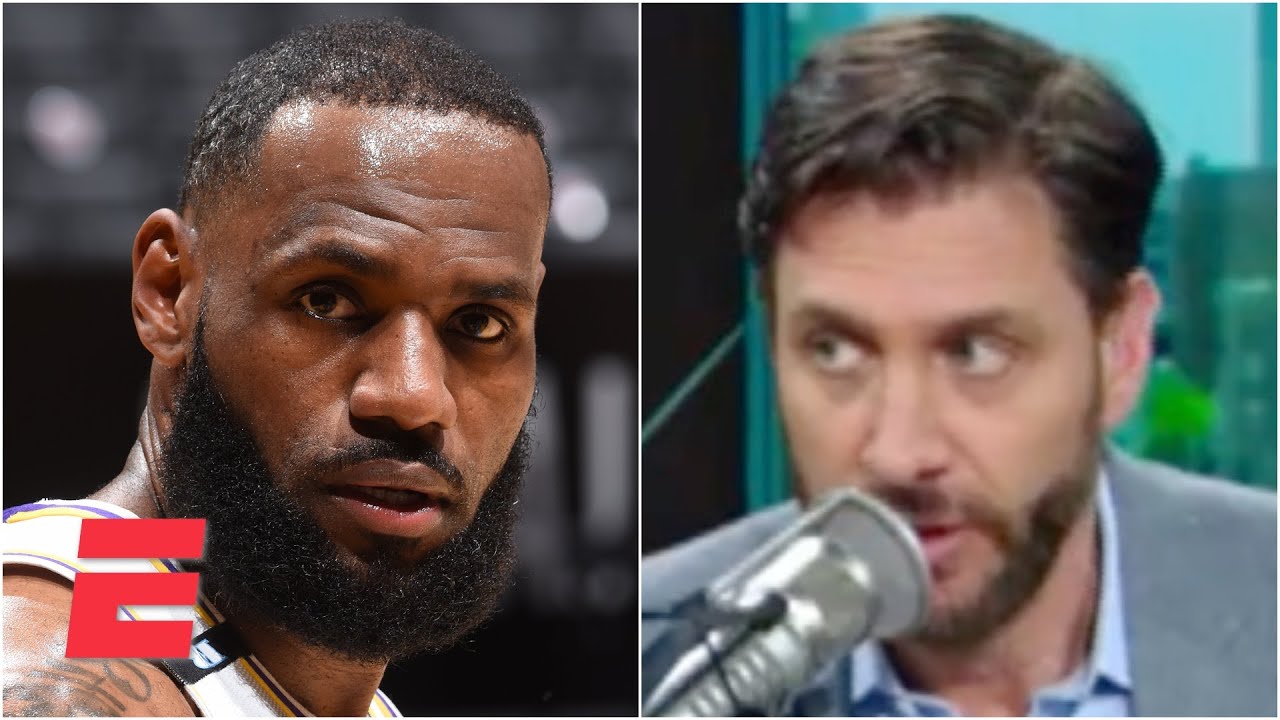 Do the regular season games not matter anymore?! - #Greeny addresses LeBron not playing vs. Rockets

SALT LAKE CITY — All is not lost after Portland's 105-98 win Wednesday night over the Utah Jazz.

In some ways, it might even help the current No. 1 seed in the west.

There's a big picture with the Jazz, who are currently without two of their three All-Stars in Donovan Mitchell and Mike Conley. The duo is expected to be back from a low-ankle sprain and tight hamstring, respectively, in time for the playoffs.

But what that postseason looks like will be determined by the outcome of the final two games of the regular season. Whether the No. 1 seed or No. 2 seed is more valuable this year is even up for debate, with four teams entering a "play-in tournament" for the final two berths in each conference. As of Thursday morning, those four teams in the west were the Memphis Grizzlies and San Antonio Spurs on one side and Los Angeles Lakers and Golden State Warriors on the other.

Tank for better positioning? Everything seems so fluid — even Portland, which moved 1.5 games ahead of Los Angeles to stay out of the play-in with Wednesday night's win — that it's tough to predict how everything shapes up. So the "win-and-you're in" mentality still applies. Even if for Utah, it's more accurately "win and you get the top seed."

"It's going to be pretty good teams in the play-in tournament," Jazz wing Bojan Bogdanovich said. "We've got to secure the No. 1 spot; we have two games left, and we have to win both of them.

"Whoever we play, it's going to be a tough matchup."

The Jazz (50-20) are currently 1.5 games ahead of Phoenix (49-21) for the No. 1 seed in the Western Conference, with two games remaining. Of course, Utah can clinch the top seed with wins over Oklahoma City (21-49) — a team long eliminated from playoff contention — and Sacramento (31-38), which sits two games behind the Spurs for the final berth in the four-team play-in tournament.

Again, win and you're in for the Jazz. But is there anything else that can be done to keep Phoenix out of that top spot?

That's where #Root4Dame comes in.

Most Utahns will have little trouble rooting for Damian Lillard, the former Weber State star who has stayed closed to his roots in Ogden (along with his hometown of Oakland) while lifting the Trail Blazers to "second-favorite team" status for a lot of Beehive State residents.

Portland, which just won its fifth straight game, has just two games left and is therefore incapable of catching the Jazz. Indeed, the Blazers are just trying to stay out of the play-in tournament (and keep Lebron James and the Lakers in it, most likely). A win on Thursday will guarantee that.

Portland's next game is against the Suns (8 p.m. MT, TNT), a team that has a game in hand on Utah. A loss won't completely eliminate Phoenix from the No. 2 seed — the Suns own the head-to-head tiebreaker over the Jazz, if the two teams finish with equal records. But it would go a long way towards aiding Utah's cause, and certainly help curtail Phoenix's chance at the top seed.

Is it time to root for the Blazers, just a day removed from a stinging loss to a team that has won nine of the last 10?

It just might be. And there aren't many better teams to hitch a ride, at least temporarily.

"If you ask me if we can beat anybody in this league? Of course," Portland's Jusfur Nurkic said. "We've obviously never been in a matchup where we didn't feel that way.

"Obviously sometimes, you can have a great group of guys or have bad games. But sometimes we need to be on somebody all the time, and this year we missed some of it. But the best part is we stayed together, and we believe it; we have great pieces, and you can see the last couple weeks, things are fitting together."

Hence, #Root4Dame. Just for one game.

The Utah Jazz road game on Sunday, May 16 against Sacramento at Golden 1 Center has been set for 7 p.m. (MT), the NBA announced today.

The game will be televised by @ATTSportsNetRM with all games also being aired on @ZoneSportsNet on 1280 AM and 97.5 FM. pic.twitter.com/uZNrEQtmV0

The NBA revealed tip times for regular-season finales this weekend, including Utah's road tilt with the Kings, on Sunday.

The Jazz will tip off against Sacramento on Sunday, May 16 at 7 p.m. MT. The game will be broadcast on AT&T SportsNet Rocky Mountain and 1280 The Zone in the Salt Lake area.