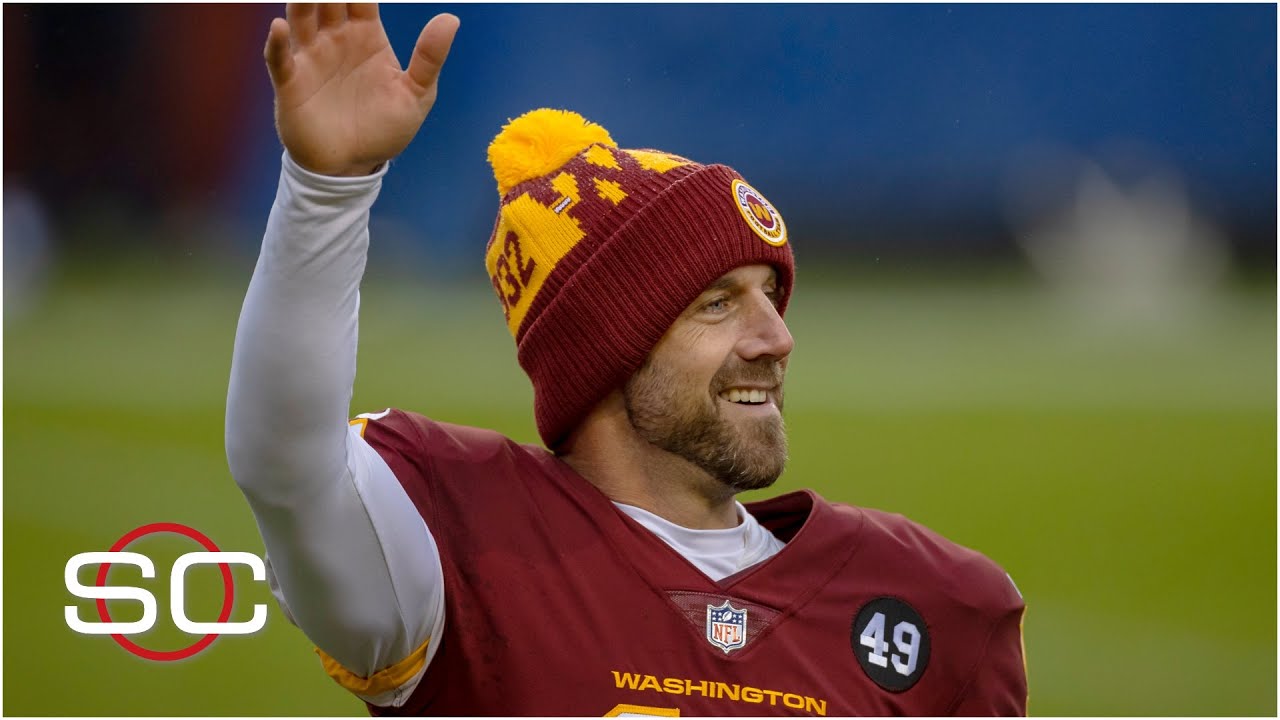 Alex Smith announces his retirement from the NFL | SportsCenter 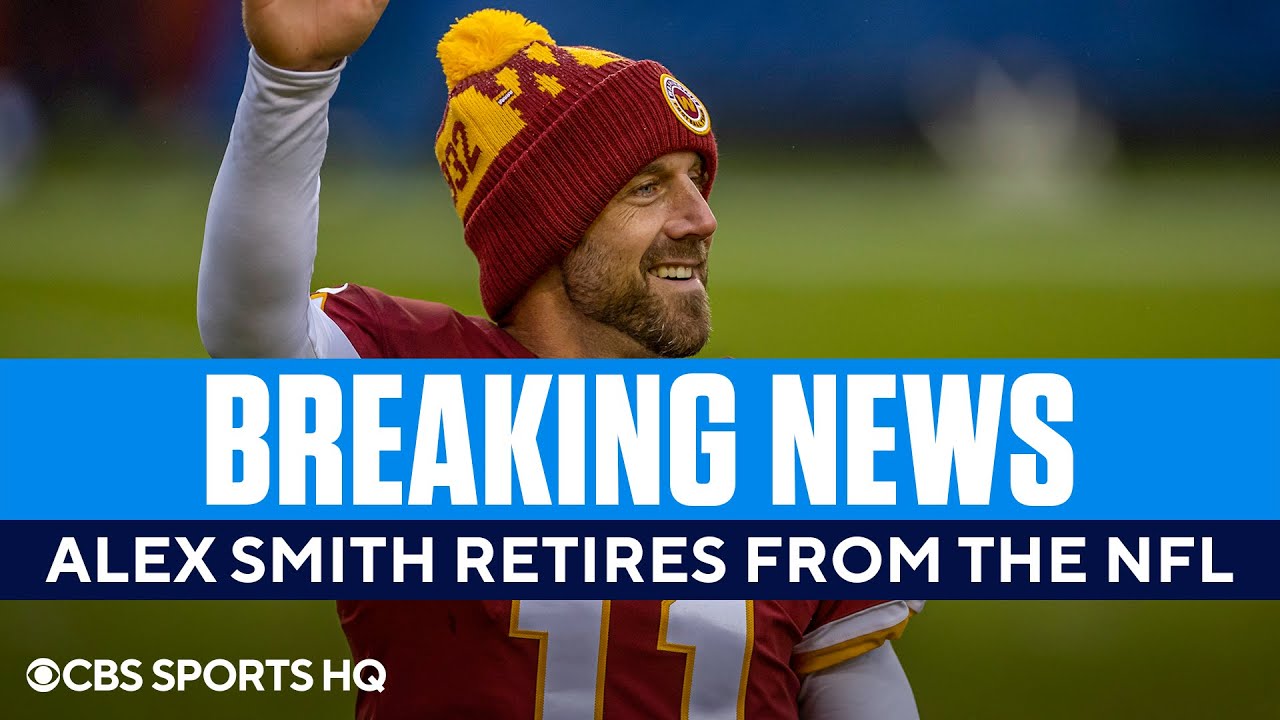 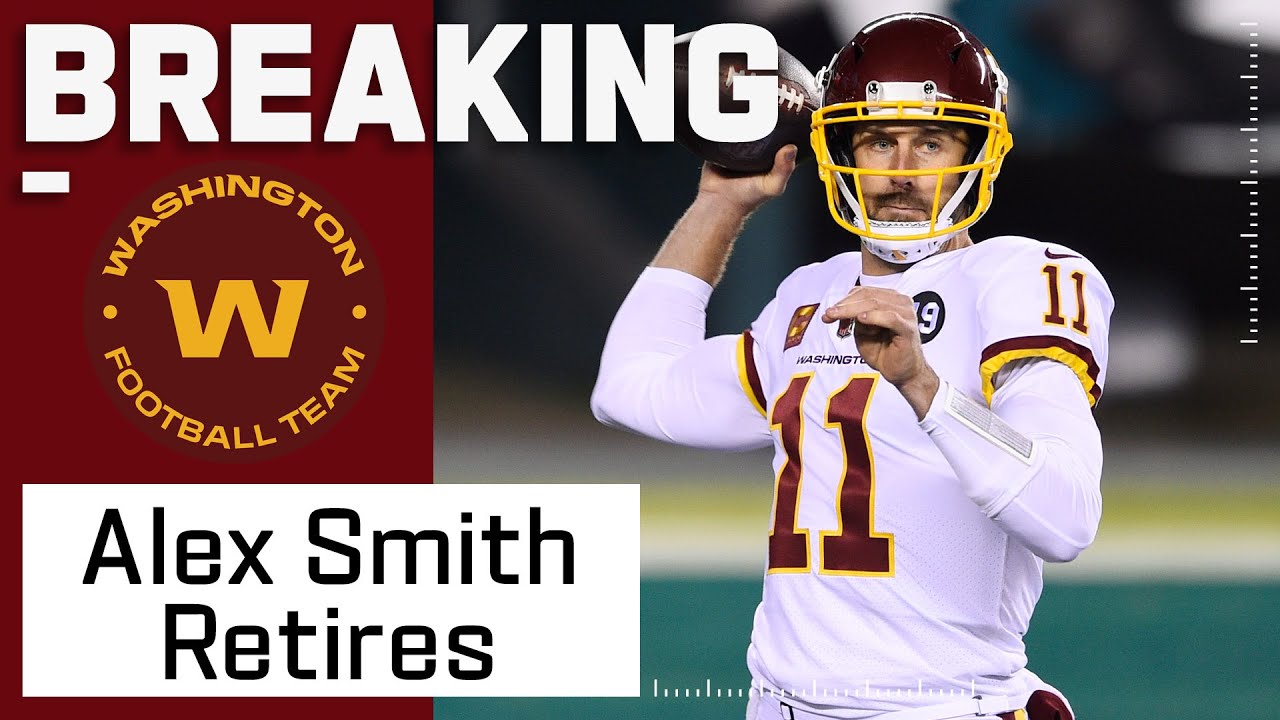 SALT LAKE CITY — Nobody would have blamed Alex Smith for retiring from the NFL after suffering a severe injury to his right tibia and fibula on Nov. 18, 2018.

The injury led to Smith developing a life-threatening necrotizing fasciitis that required him to have 17 surgeries and nine months of recovery in the hospital from a "routine play" with the Washington Football Team.

In short, a comeback to the NFL seemed unlikely, at best, given the serious nature of the leg injury. But as was highlighted in an ESPN documentary called "Project 11," Smith made a miraculous recovery and eventually returned to play for Washington in 2020 — nearly two years since the day he left the game for what many figured to be the last time in his career.

The former Utah quarterback, who was drafted No. 1 overall in 2005, managed eight more games with Washington, six of which he started, to help the organization back into playoff contention with a 5-1 record as the team's starter. The fact he made it onto the field for one snap was surprising, what he did to lead Washington after was a bonus to a 16-year career in the league.

At the end of the season, Smith nearly swept the voting to be named the 2020 NFL Comeback Player of the Year award.

On Monday, Smith decided it was his time to finally call it quits for a game that he says changed his life.

"Two years ago, I was stuck in a wheelchair staring down at my mangled leg wondering if I'd ever be able to go on a walk with my wife again or play games with my kids in the yard," he said in a two-minute video on Instagram. "Putting my helmet on was the farthest thing from my mind.

I kept asking myself: 'All this for a stupid game?' But then someone did something that changed my recovering completely: He put a football back in my hands. I don't know what it was, but all of the sudden I felt stronger, more driven and what once seemed impossible began to come into focus.

"I kept asking myself: 'All this for a stupid game?' But then someone did something that changed my recovering completely: He put a football back in my hands. I don't know what it was, but all of the sudden I felt stronger, more driven and what once seemed impossible began to come into focus."

The 6-foot-4 quarterback originally from Bremerton, Washington, said football is what gave him focus throughout his life.

"I was a skinny, no-name recruit who wasn't even supposed to play in college, let alone go to New York as a Heisman finalist or be the first one to have his name called on draft night," he said. "And then, on a routine play, I almost lost everything. But football wouldn't let me give up because no, this isn't just a game; it's not just what happens between those white lines on a Sunday afternoon, it's about the challenges and the commitment they require.

"It's about how hard and how far you can push yourself. It's about the bond between those 53 guys in the locker room and everybody else in the organization. It's about fully committing yourself to something bigger."

But after more than a decade in the league where he played for the San Francisco 49ers, the Kansas City Chiefs and the Washington Football Team, Smith is looking to a future outside the game.

"I can't wait to see what else is possible," he concludes. "But first, I'm going to take a little time to enjoy a few of those walks with my wife, and my kids have no idea what's coming for them in the backyard."

That's about as close to a storybook ending as any player could imagine.

Smith leaves the league making just under $190 million in 16 seasons, according to Spotrac, and finishes his career with a 99-67-1 record with 199 touchdown passes. He is also only one of three quarterbacks to win 30 or more games for multiple teams and the only quarterback since 1970 to win 40 or more games in the AFC and NFC, according to ESPN.

Smith committed to the University of Utah where he led the team in 2004 to an undefeated season and a 2005 Fiesta Bowl win over Pittsburgh. His 2,952 passing yards and 32 passing touchdowns, mixed with his 631 rushing yards and 10 rushing touchdowns, his junior season led him to be a Heisman finalist and the eventual No. 1 overall pick in the 2005 NFL draft.

Although the No. 1 pick, Smith's first few years in the league were tumultuous in San Francisco as offensive coaching staff continued to change over the years and many viewed him as a "bust" in the league. But Smith eventually helped lead the 49ers to the playoffs and was instrumental in helping the team reach the Super Bowl in 2012 before being sidelined by up-and-coming quarterback Colin Kaepernick after Smith sustained a concussion.

Smith was later traded to the Chiefs, where he flourished under Andy Reid and helped turn a down organization into a regular playoff contender. Smith later mentored the team's current starter, Patrick Mahomes, before eventually being traded to Washington. In March, the organization released Smith, leaving his future up in the air until he announced his retirement.

In April 2020, the University of Utah named Smith, among several others, to its 2020 Hall of Fame class.