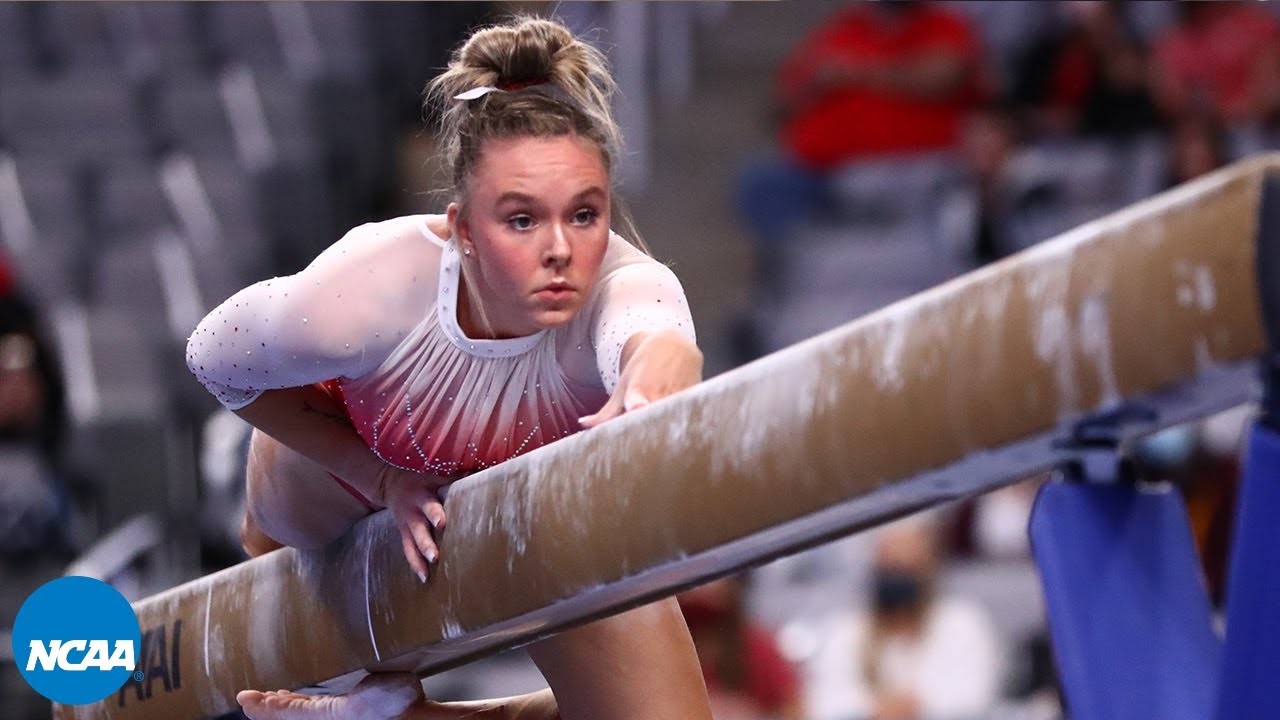 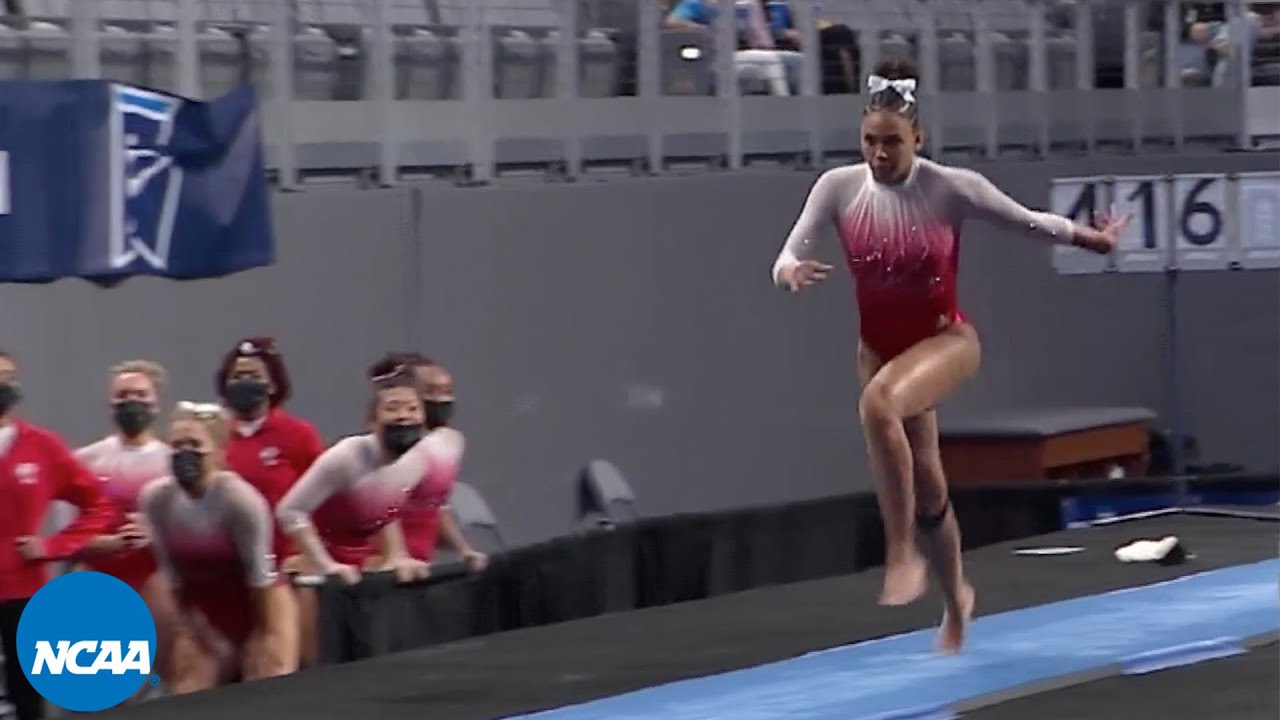 SALT LAKE CITY — By all accounts, the No. 6 Red Rocks went out with a bang.

But with the team ending on vault and being forced to wait the results out, there was a short-lived happiness for the accomplishments made Saturday afternoon. Soon enough, though, Oklahoma moved past the Red Rocks and was soon followed by Michigan to claim the NCAA title with a 198.250 score.

Oklahoma and Michigan were tied in first before the final athlete went for both teams, but it was Michigan that came out on top in the end. Oklahoma finished the meet with a 198.1625 score to take second place. Florida, the No. 1 team coming into finals, finished in last place with a score of 197.1375 in a rough afternoon for the Gators.

And despite not claiming a national title, Utah did everything it could to be the last team standing in the end. The Red Rocks finished the meet with season-high score on beam (49.700) a day after recording a near-season low and near-season-high scores on other events to send the team out on a high note.

The Red Rocks picked up where they left off Friday afternoon and posted a 49.4250 score on bars to place the team in third after the first rotation. But the team was in contention and in a much better starting point than its comeback Friday.

Abby Paulson led off for the Red Rocks and scored a 9.8625 on a stuck landing that was the fourth-highest score for the team on the event. Emilie LeBlanc, in her final event of her career at Utah, landed a 9.8875 in the fourth position and was followed by O'Keefe's event-winning 9.9375 and Cristal Isa's 9.90 in the anchor position to round out the team scores.

And while a strong start on bars, it was the team's beam event in the second rotation that upped the level of competition for the Red Rocks.

Alexia Burch reeled off a 9.8625 score on the first of six straight stuck landings. The scores continued to improve from there as each athlete topped the previous or at least stayed as a consistent level. Lucy Stanhope recorded a 9.90 and was followed by three straight 9.9375 scores from Isa, Paulson and Adrienne Randall. It was capped off in the anchor position by O'Keefe's event-winning 9.9875 score to give the team a 49.700.

The score on beam was the highest ever score recorded by the Red Rocks at nationals.

On floor and vault, Utah continued to push the competition and recorded scores of 49.4750 and 49.3875, respectively. Neither was the team's highest scores posted for the season, but good enough to stay in contention. But unfortunately for the Red Rocks, Oklahoma and Michigan were just a little better throughout the meet.

We walk away with a third place finish to end an incredible year! So much to be proud of this season ❤️❤️ #noisepic.twitter.com/dfIgTRMbR0