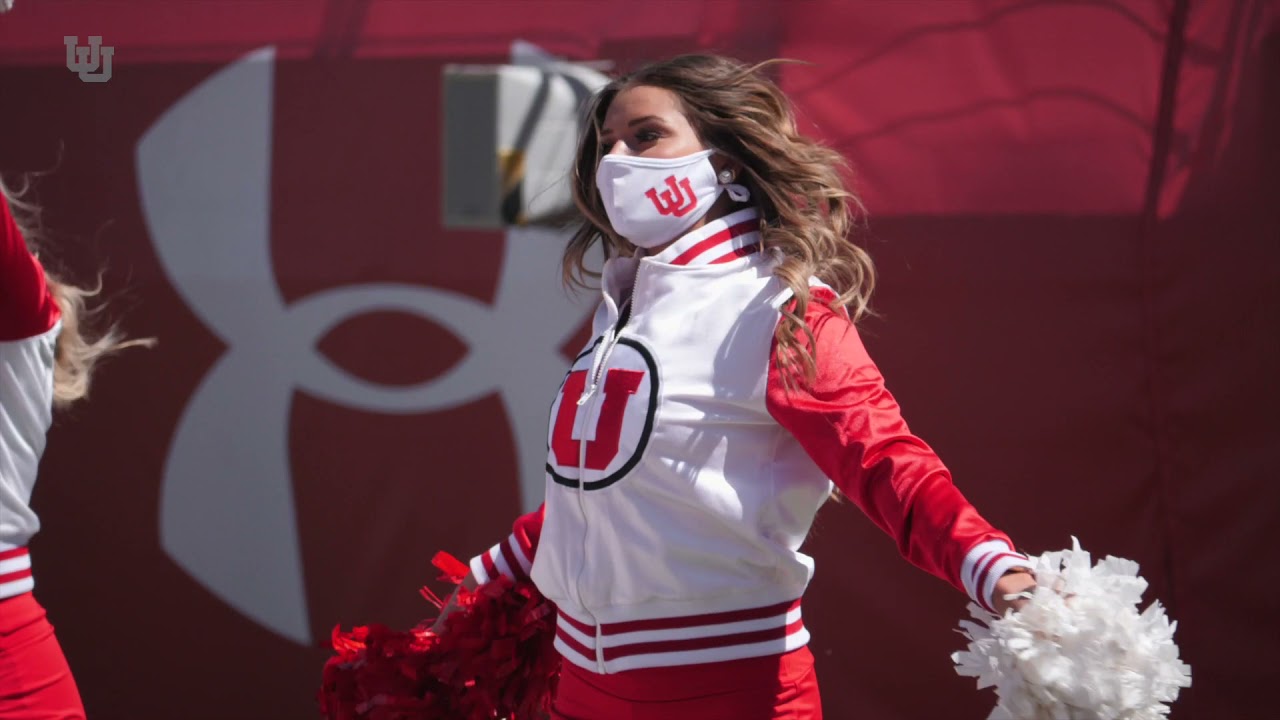 SALT LAKE CITY — With a limited number of fans back in the stands of a newly renovated Rice-Eccles Stadium for the first time in more than a year, Utah football was back to normal Saturday — at least as much as possible in a world that is slowly recovering from a global pandemic.

And though the opponent wore the same name across the jersey and the game took place in spring, it was an opportunity for football to be back.

The football itself was what you'd expect from a spring scrimmage game where several key players, like Devin Lloyd on defense and Brant Kuithe on offense, were held out and the depth at each position was tested to prepare the team for an offseason worth of work.

Baylor transfer quarterback Charlie Brewer was on display for the first time in a Utah jersey, giving the Utah faithful in attendance a primitive look at the battle that will take place in fall for the starting quarterback position. Brewer was the only quarterback of the day that was not live, or wasn't allowed to be tackled, but the veteran QB showcased his talent.

Despite giving up at least five "sacks" that weren't whistled dead, Brewer was perfect in one-half of play, finishing the day game with 151 yards and two touchdowns on 15-of-15 passing. He connected his two touchdowns on consecutive drives in the second quarter on a 9-yard toss to Solomon Enis and a 5-yard pass to Devaughn Vele to help give the Red team the eventual 21-0 win.

Vele, who has impressed Utah head coach Kyle Whittingham during the spring period, led the Red team with 66 yards on four catches and had the highlight play of the day on a 40-yard catch made despite the defender draped all over him for the pass interference call. Vele will likely be a strong contender for playing minutes in fall as he continues to mature in the offense and showcase his talent.

Enis, who is looking for a bigger role this fall, finished with 44 yards on all four passes thrown his way during the first half.

In the second half, though, it was the Ja'Quinden Jackson and Chris Curry show on offense. The two transfer players showed the depth at each of their respective positions and showed why the two likely deserve some playing time on the field. Jackson, a QB transfer from Texas, only threw for 28 yards on 3-of-8 passing, but found several holes in the defense to gain 31 yards on the ground on nine carries.

Jackson's opportunity as the starting quarterback is unlikely given that Whittingham sees it as a race between Brewer and Cam Rising, but his natural talent on the field should be a strong indication of the need to see some time on offense. Utah could utilize Jackson as a goal-line quarterback or a hybrid QB/RB as he's extremely difficult to bring down.

WE SEE YOU DEVAUGHN VELE. #GoUtes

Whittingham, however, is not ready to make a decision after spring.

"No real plans to move him to running back, but he's a tremendous athlete, as you saw today," Whittingham said. "And whether or not we evolve into a Ja'Quinden package as Wildcat type of situation remains to be seen — we'll see how things go this fall camp. But we believe he has a high ceiling and is going to be a really good player for us."

The pair will be in the mix with returning back Micah Bernard, who enters the fall as a redshirt freshman again due to the NCAA giving all players an extra year of eligibility due to COVID-19. Bernard is considered the favorite for the starting job this fall, but will have a deep room to challenge and complement his playmaking abilities. Bernard was not active for Saturday's scrimmage due to a previous injury.

"Very positive," Whittingham said of his running backs. "Those guys showed some good stuff today, and that's what they've been doing all spring long. Between those two and then Micah Bernard, we think we've got three backs, at least, that are really going to be top-notch guys and very capable."

Defensively, Utah was without star linebacker Devin Lloyd, but it was clear Utah will continue to bring a stout and tough defense to the game in fall. Although the defense doesn't get the same attention as the offensive playmaking, Utah continues to reload and rebuild in all positions — it's basically a guarantee at this point under Whittingham.

Still, freshman Xavier Carlton made a name for himself Saturday, racking up five total tackles, 4.5 tackles for loss, and one sack. He was one of several defenders to get to the quarterback on the Red defense, amounting to six sacks on the day. On Black, the team accounted for three sacks but could have had more given that Brewer was not considered live for the game.