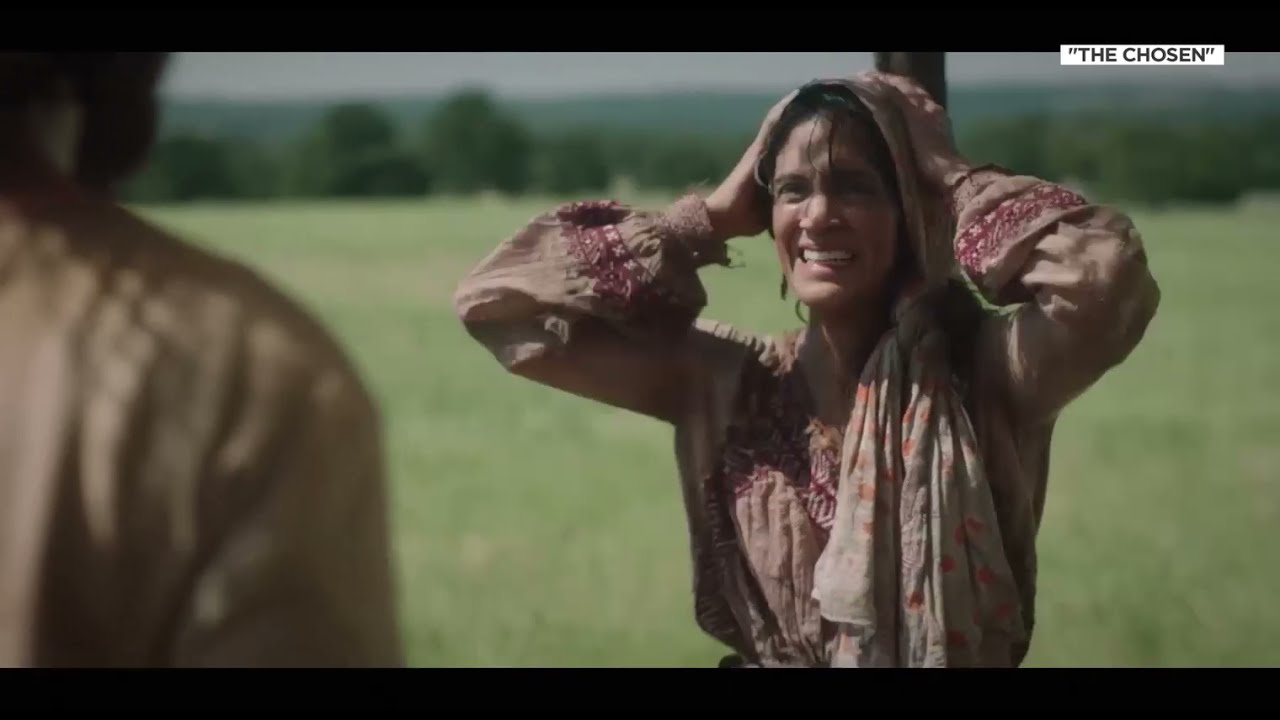 SALT LAKE CITY — The much-anticipated season two of the Evangelical Christian production "The Chosen" is set to premiere Easter Sunday. The latest season was created at a motion picture studio in Goshen, Utah, owned by The Church of Jesus Christ of Latter-day Saints.

On day one of filming, Dallas Jenkins — director, producer, and writer — heaved a sigh of relief as he looked around at his cast and crew.

"All right everybody, listen up for a second. I'm very grateful that you're here," he told them.

Everybody wore masks and was tested for COVID-19 daily.

The popular series about the life of Jesus Christ began a new season late last fall and those crowd scenes, said executive producer Derral Eves, were beyond challenging.

"We were able to pull off an amazing thing," he said. "We know it wasn't us, it was a higher power that was actually helping us along."

Season two is about the beginning of the ministry of Jesus. Eves said viewers will find a connection to our challenges today.

"The hatred and racism and biases existed then as it does now. We are able to actually see Jesus do his work, and it's beautiful because it's really pointed to people, regardless of race, color, or gender," Eves said.

KSL-TV was on set in Oct. 2020 as filming began in Goshen, Utah, at the Latter-day Saint motion picture studio. The Church of Jesus Christ made a lease agreement with the Evangelical Christian production.

As there is hope that this will become a seven-season series, Eves hoped for a continued working agreement.

"Utah and 'The Chosen' are really interlocked because of the amazing set at Goshen. By far, that is the most amazing set we've ever come across," he said. "Where Jesus' ministry is a lot in Jerusalem, there is no other set in the world like that."

Utah and 'The Chosen' are really interlocked because of the amazing set at Goshen. By far, that is the most amazing set we've ever come across.

Giavani Cairo was cast as Jude Thaddeus, a role he won by a Zoom audition. KSL asked him about the challenges of playing an apostle of Jesus Christ.

"I feel that sense of responsibility because you want to do these people justice," Cairo said. "These are actually people who walked the earth and lived, but I feel like I can give him a voice because he's not known so much and I'm just trying to that the best that I can possibly do."

"The Chosen" remains the largest crowd-funded production ever — now with 100 million views. Eves calls it just one of many miracles.

Production on Season 2 of 'The Chosen' begins in Utah

"When we made it free last year during the pandemic, it made enough money to fund Season Two. I don't know who that works, impossible math," he said.

With the season premiere, it is time, they all said, to focus once again on the "good news" of the gospel. Cairo said the series has appeal even beyond Christianity.

"Jesus' messages that he spread, a lot of it, so much had to do with love, kindness, togetherness, not being judgmental," he said. "I hope that message continues to get stronger for people watching it."

Jesus' messages that he spread, a lot of it, so much had to do with love, kindness, togetherness, not being judgmental. I hope that message continues to get stronger for people watching it.

Eves said creators have heard from people throughout the world.

"Hopefully, it will help us, inspire us and navigate us a little bit better to elevate where we're at – our own families, our own communities, our own nation, the world itself and make a better place," he said.

Season two, Episode 1 premieres Easter Sunday with other episodes to follow. Producers confirmed that yes, there will be a Season Three.

"The Chosen" season two, Episode 1 airs free on the production company's mobile app for Apple, Android, and will be broadcast on BYU-TV Easter Sunday.

Correction:An earlier version of this story mistakenly said "The Chosen" received 100,000 views. This has been corrected.