The council meets, in part, to review allegations of misconduct by officers and to hand down discipline that can range from a letter of condemnation to revoking an officer's certification. All sworn officers in Utah must be certified by the agency.

On Tuesday, the council took action against eight officers, compared to the 24 officers who were disciplined during the council's meeting just two months ago.

Four officers were either from the Utah Department of Corrections or Adult Probation and Parole. The others were employed by Brigham City, South Salt Lake, the Carbon County Sheriff's Office, or Ogden police at the time of their violations.

Three officers had their certifications revoked for investigations conducted by Peace Officer Standards and Training attorneys that included domestic violence and rape, child abuse, and one officer who got drunk during a trip to Washington D.C, inappropriately touched a woman and urinated in public, according to the agency.

Only one of the eight officers that the agency reviewed was still employed as a law enforcer as of Tuesday. Four had criminal charges filed against them for their incidents.

Also during Tuesday's meeting, Director Scott Stephenson reviewed the many bills that were discussed during the recent Utah legislative session that dealt with police reform and law enforcement training. 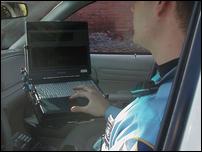 It's one of the first things new cadets learn when they go through the Peace Officer Standards and Training course to become certified law enforcers in Utah.

He called HB334 "a really good bill." Because of the passing of that bill, Peace Officer Standards and Training will add three hours of additional training for new cadets entering the program that teaches officers how to help detect whether a person may be autistic or have a mental illness and how to properly interact with that person.

Cheryl Smith, an autism advocate and former president of the Autism Council of Utah, told council members that with an estimated 1 in 54 people in Utah being diagnosed as autistic, it's not a matter of if but when an officer will interact with a person with autism.

The bill was prompted by the shooting of a 13-year-old autistic boy by a Salt Lake City police officer. The agency will now have a subcommittee work on what that three-hour training will include.

An additional hour of training for new cadets was also approved Tuesday based on the passage of a bill by state lawmakers in 2020. That bill called for officers to receive more training in human trafficking.

A subcommittee was also appointed on Tuesday to look at SB106 that passed. That bill requires Peace Officer Standards and Training to establish a model use-of-force policy for officers statewide.