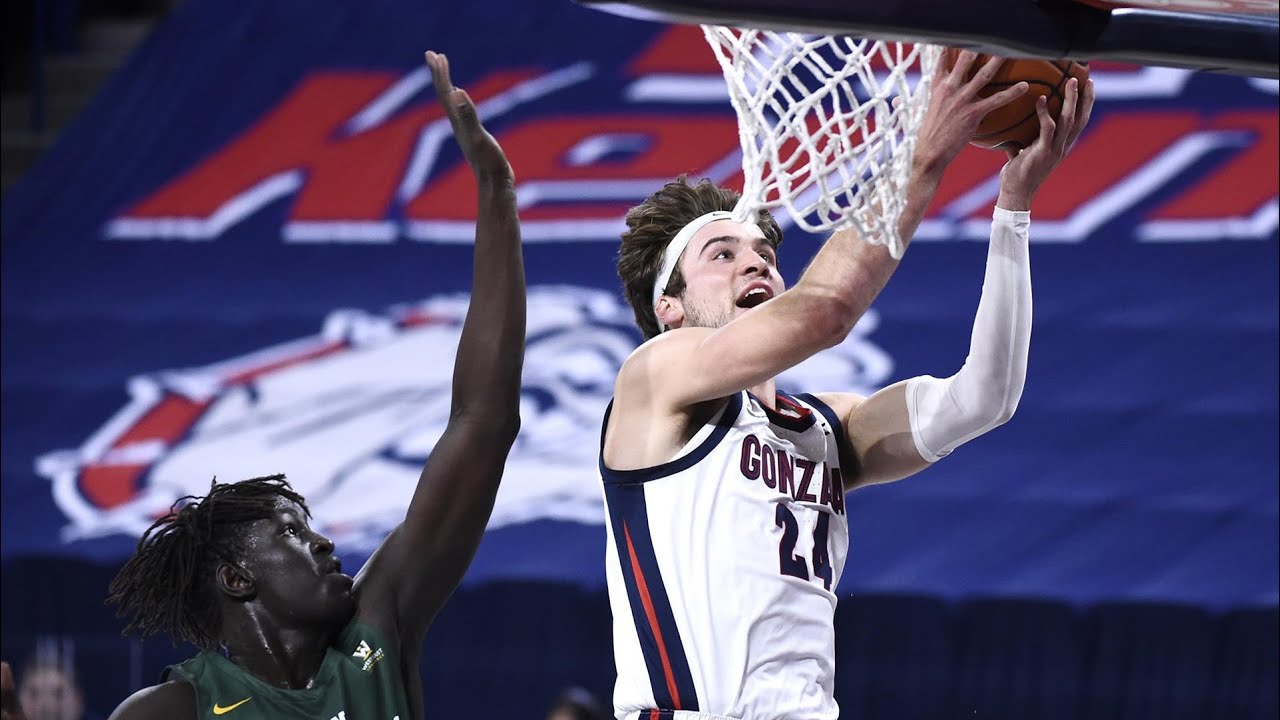 How Good is Gonzaga?

PROVO — Matt Haarms left a mark on BYU basketball in his lone season in Provo.

The Purdue transfer also left a mark on the West Coast Conference, being named Defensive Player of the Year by league coaches Tuesday to break up an otherwise Gonzaga sweep of the conference's major annual awards.

And why not? The Zags (24-0, 15-0 WCC) are in the middle of a generational season, ranked No. 1 in the country and the only undefeated team nationally since Baylor's loss to Kansas on Saturday.

Kispert was the focal point of the offense in his fourth season, and will graduate from Gonzaga as the winningest player in program history with at least a 119-10 record. The senior All-American averaged 18.5 points on 42.7% shooting from 3-point range, and was one of several key contributors in the nation's top offense that also featured Cousy Award finalist Suggs and Florida transfer Nembhard.

"They're just so good in the back court," ESPN's Dick Vitale said of the Zags. "They really buy into Mark Few's philosophy and play so efficient offensively. They're the most efficient team in college basketball on the offensive end."

DEFENSIVE PLAYER OF THE YEAR 🚫 pic.twitter.com/LeLLnvwyVB

But Haarms was an immediate impact transfer himself, retooling a squad that lost seven seniors a year ago on the fly en route to averaging 10.9 points and 4.7 rebounds on 57.1% shooting to go along with 5.2 rebounds and 2.0 blocks per night. His 253 blocked shots in 2020-21 ranks second among active NCAA rim protectors, leading to BYU's first conference defensive player of the year since Jackson Emery won the award in the Mountain West in 2011.

Haarms owns the second-best single-game record for consecutive field goals in BYU history, and the best since Kresimir Cosic in 1971.

Barcello led the Cougars in scoring all season with 15.7 points per game, scoring in double figures 19 times in 24 games. He set a BYU record in the final week of the regular season with a 7-for-7 3-point performance against San Francisco, and is shooting 48.9% from beyond the arc to rank. No. 9 nationally.

The #WCChoops Defensive Player of the Year.

Averette owns BYU's highest single-game scoring output with his 30 points against Texas Southern in a season he averaged 11.4 points, 3.7 assists and 2.8 rebounds per game. The motor of the Cougars' prolific offense, Averette has reached double figures in seven consecutive contests and nine of the last 10.

A Dallas native who prepped for his cousin David Evans at Wasatch Academy, Lohner worked his way into the starting five of Mark Pope's lineup by the end of the season, when he averaged a team-best 6.8 rebounds per game to go along with his 7.6 points. A two-time WCC freshman of the week, Lohner poured in a career-high 19 points against Pacific as BYU hit the home stretch of the regular season to begin turning on all cylinders.

BYU, which wrapped up senior night with a win over Saint Mary's, will open the West Coast Conference basketball tournament as the No. 2 seed next Monday, March 8 at Orleans Arena in Las Vegas. The Cougars will face the winner of Saturday's quarterfinal, which could be any of No. 3 Pepperdine, No. 6 Pacific, No. 7 Santa Clara or No. 10 Portland. Tipoff on ESPN2 is scheduled by 9 p.m. PT.

Gonzales was named WCC co-player of the year alongside Gonzaga's Jenn Wirth, and BYU coach Jeff Judkins earned coach of the year honors in a vote of league coaches announced Tuesday by the conference.