SALT LAKE CITY — A Utah House committee threw its support behind a bill that would set a deadline for agencies completing investigations and reviews into when a police officer injures or kills someone.

HB154 would require a district or county attorney's office to complete a review into an officer's use of force within 120 days of an incident occurring after receiving the investigation from law enforcement.

The bill is one of several being considered this year that deal with police reform after a summer of unrest last year prompted by the killing of George Floyd in Minnesota last May.

"A lot of times, our law enforcement, when there's an incident, the officers, everyone investigating it, they know who shot the gun, they know what happened, who was all involved," bill sponsor Rep. Kera Birkeland, R-Morgan, told members of the House Law Enforcement and Criminal Justice Committee on Monday.

"But sometimes, D.A. offices can sit on this information, and not only does that leave the justice from being served more swiftly, but it also leaves an officer sitting and waiting to find out whether or not — what their fate is," Birkeland said.

The bill as originally written would have required officers who observe other officers violating certain procedure and conduct rules file a report outlining the violations.

"The original bill ... was kind of a big, grand bill of what we'd perhaps would like to see, and what we would like to work out ... but this is really just taking it down to two basic areas," Birkeland said.

The bill would also require officers, when feasible, to identify themselves as a peace officer and "give a clear oral warning of his or her intent to use a firearm or other physical force" when they believe that the use of deadly force is necessary to "prevent death or serious bodily injury" to the officer or someone other than the suspect.

Nate Mutter, assistant chief of investigations for the Utah Attorney General's Office, thanked Birkeland for working with the office on the bill. 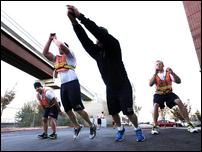 Statewide standards on how police use force gets Senate committee OK, praise from NAACP

"We simply ask for you to support that. As (Birkeland) stated, it is important to report in a timely fashion once an investigation's been turned over. We don't want to leave the law enforcement officers or the families that have been involved with some sort of critical incident hanging, and with questions about was force justified, was it not? Either way, it's not fair to either party," Mutter said.

Some critical incidents take longer to investigate than others, he said.

The bill would allow offices to take longer to review cases as long as they post a public statement on their website with the reason for the delay and a "reasonable estimate" for when the review will be completed.

Representatives from several law enforcement associations voiced their support of the bill during the meeting.

"I think that is greatly needed," Rep. Angela Romero, D-Salt Lake City, said of the bill.

The bill passed the House unanimously. It will move to the Senate for consideration.