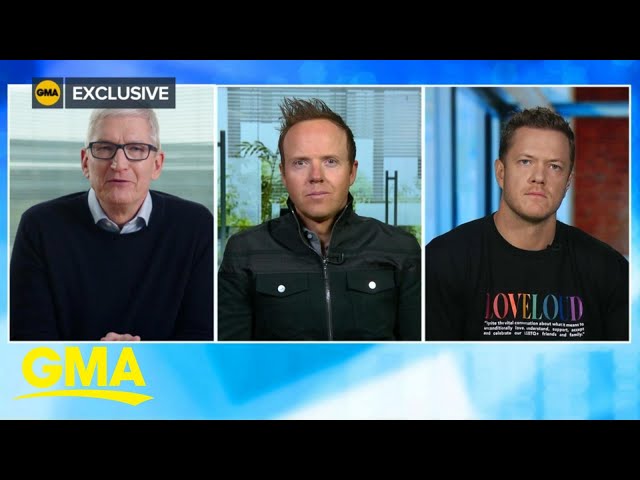 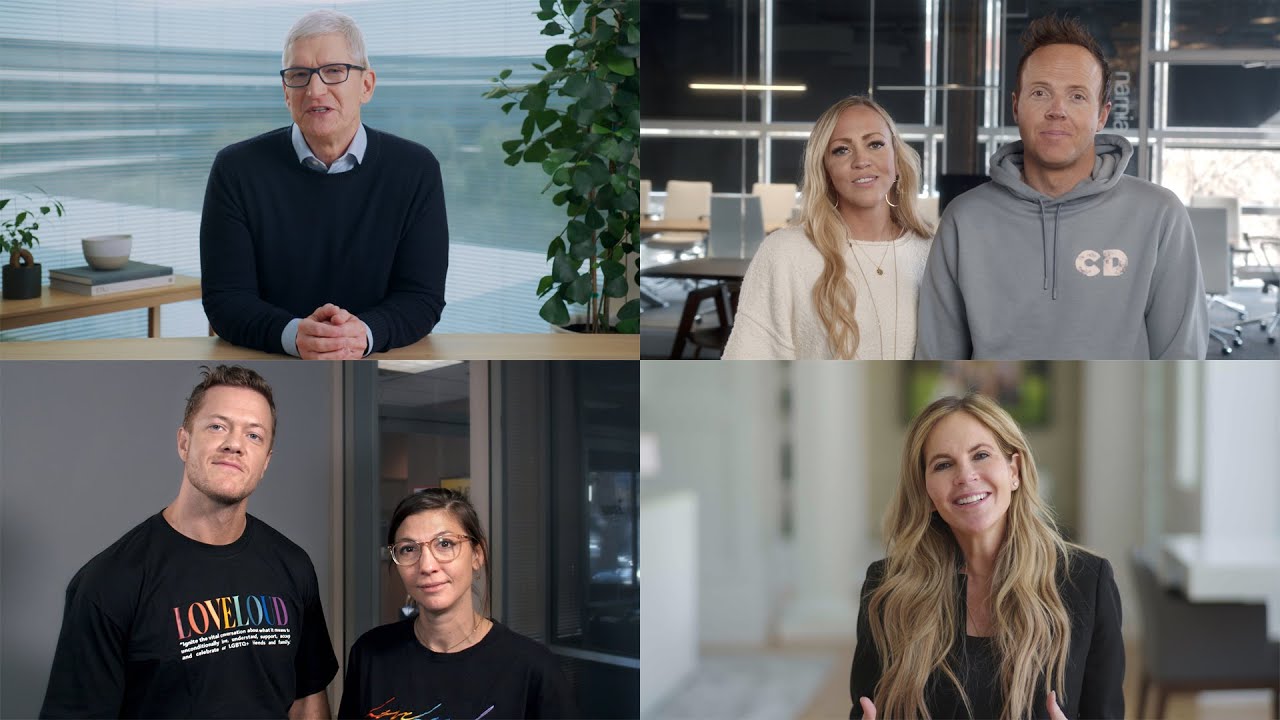 What is that concept? Love, actually.

All three, along with Ryan Smith's wife, Ashley, and Dan Reynolds' wife, Aja Volkman, have been longtime supporters of work to build new resources for LGBTQ young people. And they're all also connected via the annual LoveLoud event that Dan Reynolds launched in 2017, a Utah-based music festival that draws tens of thousands and functions as a fundraiser for a variety of outreach organizations for the LGBTQ community and families.

Qualtrics, the wildly successful customer experience innovation company Ryan Smith co-founded, was an early sponsor, and Cook has attended and presented at the event.

The LoveLoud event is also the conduit by which Cook got a chance to visit a Utah County facility opened by Encircle, a Utah-based organization founded in 2017 that has served over 70,000 individuals and funded thousands of family and youth therapy sessions, "providing a lifeline to those facing suicidality, isolation and depression, helping them build local community and forge a path forward."

To jump-start the campaign, first announced on Thursday, the Smiths will contribute $2 million and Reynolds/Volkman will donate Dan's childhood home — valued at $1 million — in Las Vegas. In addition, Apple will donate $1 million and "contribute products that promote digital connection, creativity and education."

Cook, the Smiths, Reynolds and Volkman will also serve as honorary co-chairpersons of Encircle's new campaign, supporting the nonprofit's expanding efforts to "build community, acceptance and understanding for young LGBTQ+ people and their families."

"All LGBTQ+ people should feel safe and supported enough to be open about who they are with their community and themselves," Cook said in a statement. "Encircle is helping to bridge divides and bring people together — sending a powerful message that the greatest thing you can aspire to become is who you truly are.

"It's my hope that every young person who feels alone or unsupported can find connection and community at this incredible organization."

Ryan Smith said the outreach and resource model Encircle has developed was ready to scale up to reach and positively impact communities beyond the borders of Utah.

Encircle is an incredible example of the entrepreneurial spirit and drive that motivates people to create a better, more accepting world.

"Ashley and I have seen the amazing work Encircle does to benefit LGBTQ+ youth," Smith said in a statement. "We're grateful for the opportunity to contribute to their mission of creating more inclusive communities and providing much needed hope and support to youth.

"Encircle is an incredible example of the entrepreneurial spirit and drive that motivates people to create a better, more accepting world. Working with Tim Cook, Apple and Dan and Aja on the '$8 Million, 8 Houses' campaign to improve the experience of LGBTQ+ youth is just the beginning. Encircle's innovative and loving approach is a model that can and should be adopted globally."

Reynolds is making, perhaps, the most personal of contributions to Encircle's new program by donating the Las Vegas home he grew up in.

"Encircle is about bringing young LGBTQ+ people and their families together, by including the community and strengthening the bonds that connect us," Reynolds and Volkman said in a statement. "Being a part of this organization means so much to both of us — and we know the house Dan grew up in will be a loving and supportive home to every young LGBTQ+ person who crosses the threshold."

Encircle founder and CEO Stephenie Larsen is celebrating the support of leaders with international reach throwing their personal and financial support behind the ambitious new program.

"We are extremely grateful that these global leaders see the vision of the profound work we are doing for LGBTQ+ youth and families throughout our communities," Larsen said in a statement. "Studies repeatedly have shown that LGBTQ+ youth across the country struggle with depression and suicidality far more than their heterosexual peers, and the pandemic has made that sense of isolation so many feel harder than ever before.

"We strive to give these kids a positive and loving environment that builds support within their communities where they can realize their full potential, and it works — we have not lost a single youth to suicide. This incredible support makes our nationwide expansion possible and will improve countless LGBTQ+ lives — reminding them that they are perfect, just as they are."

Utah Gov. Spencer Cox lauded the new program, its supporters and Encircle's reputation for making positive impacts on the struggles facing Utah's youth and their families.

"Encircle is a visionary organization," Cox said in a statement. "We cannot overstate the impact they are having on the lives of young people who struggle daily with acceptance and inclusion.

"We are grateful for the impact Encircle has had in our communities and are excited to see their leadership and vision expanding nationwide. The commitment Tim, Ryan and Ashley, and Dan and Aja have shown to the LGBTQ+ community by supporting this cause is inspiring. I will do everything in my power to share that same sense of love and commitment with LGBTQ+ youth everywhere."

For more information about Encircle or the "$8 million, 8 Houses" campaign, visit encircletogether.org.