'Exactly what I envisioned': Lohner's career high leads BYU to rout of Pacific 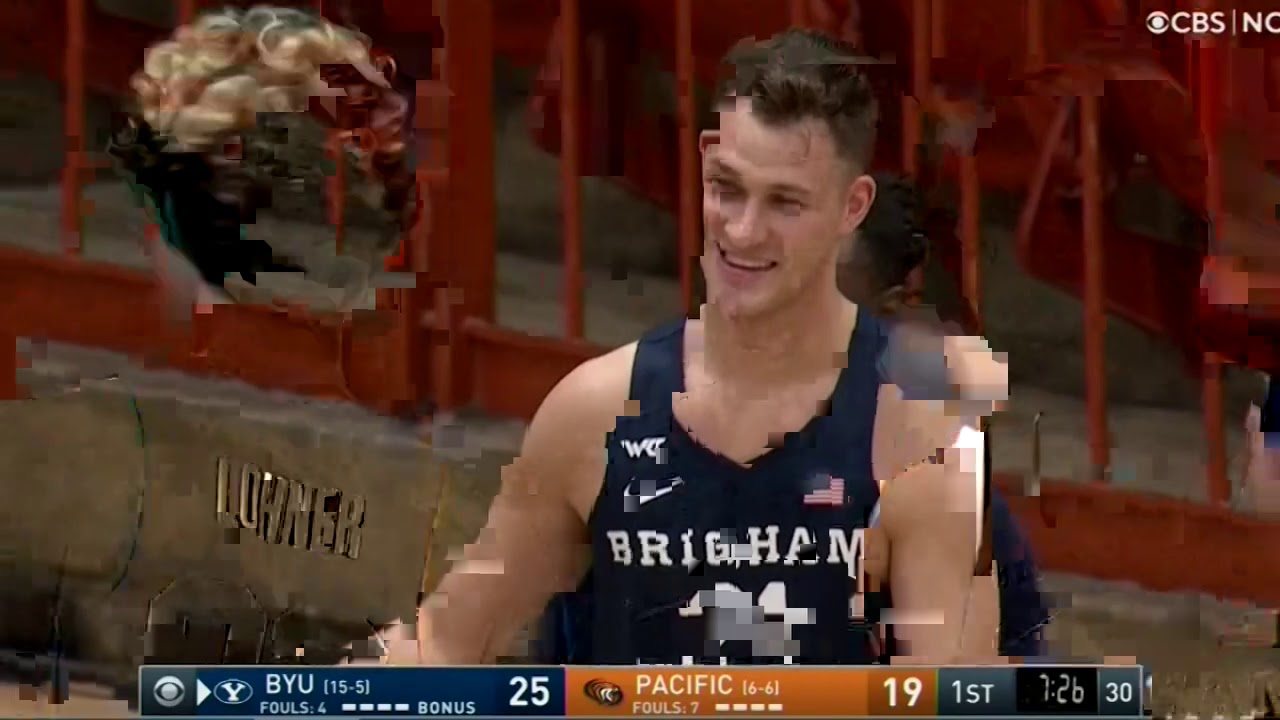 This time, it was Caleb Lohner's turn.

The freshman from Wasatch Academy scored a career-high 19 points, including five 3-pointers, to go along with nine rebounds in 28 minutes as BYU rolled to an 80-52 win at Pacific in the Cougars' first game in nearly two weeks Thursday night at the Alex G. Spanos Center in Stockton, California.

Coming off a 10-day layoff with no games, Barcello added 15 points, five assists and three steals for BYU, and Brandon Averette scored 8 of his 10 points in the second half to go along with seven assists and three rebounds. Trevin Knell contributed 15 points, including four 3s, off the bench for the Cougars (16-5, 7-3 WCC).

"This is exactly what I envisioned," Lohner told BYU Radio. "This last 10 days of not playing, we've been working so hard. I think a lot of teams in the country aren't practicing as hard … but I think we really took advantage of that time. We figured out what we needed to do to get better, and I think we showed we got better tonight."

Matt Haarms supplied 8 points and seven rebounds for BYU, which made 13 3-pointers and outrebounded the Tigers 31-22.

No one got hotter than Lohner, though.

"It just felt good, from the first one to the second one, I progressed with more and more confidence," Lohner said. "I was shooting the ball well, and knocking them down all night.

"I just think we're getting better and better. We're working hard, and finding ways to improve. I'm really proud of the way our team is coming together and continually gotten better."

Broc Finstuen had 12 points and two rebounds to lead Pacific, and Jordan Bell added 5 points and seven rebounds for the Tigers (6-7, 3-6 WCC) just three weeks after taking BYU to double overtime in Provo.

Instead, after a loss to No. 1 Gonzaga in their last outing, the Cougars have still never lost consecutive games in head coach Mark Pope's second season.

"It's baked into the culture of how our guys respond," Pope told BYU Radio. "We ask ourselves that after every game … and the fact that they think about it all the time and that's where their focus is, it's a tribute to the guys. We have a really special group of guys."

Lohner, who started Thursday night, saw a big burst of touches when Gideon George was forced to the bench with early foul troubles, and the Texas native made good use of them. Lohner had 8 points, four rebounds and an assist in just seven minutes as the Cougars jumped out to an 18-13 advantage with 9:55 left in the half.

Knell capped a 7-0 run with a 3-pointer with 7:26 left that lifted the Cougars to a 26-19 lead. Spencer Johnson stretched the advantage to double digits just under three minutes later, and BYU took a 38-26 halftime advantage.

BYU made three of its first six 3-point attempts to open the half, including back-to-back triples by Barcello and Averette, to key an 8-0 run over 90 seconds to a 50-33 advantage.

It didn't stop there.

Lohner drilled his third 3-pointer of the game with 12:55 remaining, pushing the Cougars' lead to 55-35 just three weeks removed from a 7-point, double-overtime victory in Provo over the Tigers. Moments later, the Wasatch Academy product from just outside Dallas canned his fourth triple to cap a 16-2 run — and BYU never looked back.

His only made field goal from inside the arc was an alley-oop in transition, where Lohner showed off his hops and helped the Cougars carry their halftime lead.

"We see his athleticism over and over," Pope said. "He came up with some incredible offensive rebounds … and certainly that alley-oop was incredible.

"But the best thing he did tonight was his defensive performance. Caleb was fundamentally sound the entire night defensively, and that's not easy. He did such a good job."

On a night that brought good news for two BYU basketball teams — the women's squad upset No. 16 Gonzaga, 61-56 in Provo — the Cougars looked like an NCAA Tournament from multiple angles.

"I thought Trevin was excellent tonight," Pope said. "He came in earlier in the rotation because of Gideon's foul trouble, but I love Trevin when he comes in with a chip on his shoulder. That's when he's at his best."

The Cougars will host USF at 7 p.m. on Thursday, Feb. 25 (CBS Sports Network) in place of Santa Clara, and will turn around to end the regular season against the Gaels on Saturday, Feb. 27 (8 p.m. MT, ESPN2).
×