SALT LAKE CITY – When a teenage Chick-fil-A employee won a new car in a company raffle, she knew it would be "her pleasure" to gift it to her close friend and coworker who needed it more.

Haley Bridges, 17, has been working at the Chick-fil-A in Appleton, Wisconsin, since August. While she loves the work and the waffle fries, her favorite part about her job is her fellow employees.

"I look forward to going to work," she told TODAY. "I get to see my second family."

That's why Bridges worried when she realized one of her closest work pals, 19-year-old Hokule'a Taniguchi, was commuting almost an hour to work each day on her bike — especially when Wisconsin's frigid winter set in.

Much to her friends' dismay, Taniguchi – who originally hails from Hawaii – insisted on toughing it out.

Everything changed when word started spreading through the grapevine that the company would be raffling off a new car at its annual Christmas party. Bridges and a few other close friends immediately hatched a plan: if any of them won the car, they'd hand over the keys to Taniguchi.

"It was not a second thought," Bridges said.

We hugged each other hard and cried so much. Everyone else was either crying or clapping. We all had a big group hug with everyone near us and it felt so unreal experiencing this.

When the day of the Christmas party finally arrived, the friends were thrilled to discover that the rumors were true: the grand prize of the raffle was, indeed, a brand new ride. The time had come to rally around Taniguchi.

"Our friend group and some other friends decided to all put one in for her," Bridges told TODAY. "We were all very nervous that someone else would get chosen, but we kept our hopes up."

The moment of truth arrived, and when Bridges heard her name called, the whole room exploded in cheers and tears.

"My heart felt as if it was racing and we both stood up and ran to each other," she told TODAY. "We hugged each other hard and cried so much. Everyone else was either crying or clapping. We all had a big group hug with everyone near us and it felt so unreal experiencing this."

Taniguchi told FOX 11 she was completely overwhelmed with emotion and gratitude.

"I really just started crying, because I was so happy," she said. "I was like, 'Oh my gosh! I can't believe this is real!'"

This past weekend we had our Christmas Party, to celebrate all of our team's hard work in 2020! 🎄 It was filled with...

Chick-fil-A Appleton posted about the unbelievable act of kindness on its Facebook page, and messages of admiration came flooding in.

"What a wonderful pair of friends," one user commented. "God bless you both."

The acts of service didn't end here, thanks to a few of Bridges' loved ones, TODAY reports. People moved by her act of generosity helped her cover the cost of her own car, something that will help the teen save her hard-earned money.

"My aunt held a fundraiser to get it completely paid off!" she said. "I was paying monthly for the car and it took a chunk of my paycheck."

The two best friends say the experience has brought them closer than ever, and Bridges insists she has no regrets.

"It's crazy seeing her car parked in the parking lot," she said. "I'm glad that she has a reliable ride to work and the grocery store as well."

Taniguchi told FOX 11 that her friend literally changed her life.

"There's a million more opportunities and possibilities for me now!" she said. 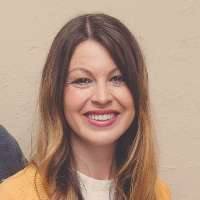