SALT LAKE CITY — They were top college athletes more than a decade apart who would later identify team doctors at separate universities as their abusers.

Former University of Michigan running back Jon Vaughn recalls suppressing the memories for 30 years. Star outfielder Tiffany Thomas-Lopez said she sought support after doctor Larry Nassar victimized her at Michigan State University, only to meet hostility from employees she trusted.

"Every incident, a part of you dies," Vaughn said Friday at a University of Utah legal conference on bystanders who allow misconduct to go unchecked. "There has to be a hard line. Any abuser and anyone that enables that has to be removed immediately."

Both are advocating for greater accountability in college sports programs and other powerful institutions nationwide — changes they say should include strict criminal penalties for employees who ignore abuse.

Holding bystanders accountable can be difficult or downright impossible for survivors of sexual crimes, due to time limits on old cases and states' varying requirements for reporting misconduct.

Amos Guiora, a law professor at the University of Utah, arrived at the conclusion in his 2020 book, "Armies of Enablers," that explored why there's often a rush to defend an institution, rather than support victims.

Vaughn, for his part, says federal laws are needed to bring each state on the same page.

Some states, including Utah, have opened a widow for victims to sue in cases after legal time limits have run out. But the Utah Supreme Court tossed the state law last year, finding it violates the state's constitution.

Vaughn and Thomas-Lopez both came forward after seeing news coverage of others naming their own former doctors as sexual predators. Both said they had felt entirely alone until then, and both later sued their former universities.

For Vaughn, the realization brought on panic attacks and the sense that he needed to finally address the trauma he had ignored for decades.

The doctor, Robert E. Anderson, died in 2008. Vaughn estimates Anderson inappropriately touched him up to 50 times under the guise of performing testicular and prostate exams. And Vaughn now questions why a doctor who had victimized several before him was still there when Vaughn enrolled at the school in 1988.

A star softball player from California, Thomas-Lopez told trainers that Nassar had been touching her inappropriately in the course of treatments, she said. But she was told she was not experiencing abuse, even after one of the employees held her hand during what Nassar said was an exam. She said teammates and coaches ostracized her and she ultimately stopped attending the school in 2001. 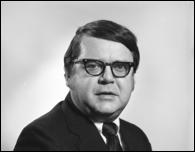 When the University of Michigan announced last week that allegations of decades-old sexual misconduct by a sports doctor were under investigation, former wrestler Mike DiSabato was stunned by the parallels to an abuse scandal at his alma mater, Ohio State.

"They failed to do their job, which was to protect me as a student, and more so, on a grand scale, just as as human being," she said, describing how the response fostered a "culture" that protected Nassar. "I was told to my face, 'If you don't see the doctor, you don't play.'"

Those subject to abuse have long been discouraged from speaking up, especially if they wait to come forward or if their abusers are white men, said Anderson, a deputy Salt Lake County district attorney.

"It shouldn't take dozens or hundreds of victims for somebody like Harvey Weinstein, or Jeffrey Epstein, or Larry Nasser to be brought to justice," she said. "That justice should occur after the first offense."

There are imitations in the civil legal realm, too.

Attorney Sarah Klein, who is believed to be Nassar's first known victim, is representing more than 100 alleged sexual abuse victims of a doctor in Pennsylvania. State law there precludes clients over 30 years old — about half of those she's representing— from bringing legal claims in such cases, she said.

"Laws are archaic right now, and they are very, very pro-perpetrator and pro-entity and pro-defendant," she said.

It shouldn't take dozens or hundreds of victims for somebody like Harvey Weinstein, or Jeffrey Epstein, or Larry Nasser to be brought to justice.

Klein said Nassar's arrest and her opportunity to confront him in the criminal proceeding proved to be a "catalytic moment" that has allowed her to advocate for others. Prior to that, she said she had such anxiety from years of abuse that started when she was 8 years old, that she sometimes couldn't leave her home.

Klein and others at the conference expressed optimism following a national wave of attention to victim rights due to the Nassar case.

Paul Cassell, a University of Utah law professor and a former federal judge, noted that 38 states have added victims' rights amendments to their constitutions, with about a dozen bolstering the amendments to ensure that a victim's rights are as strong as those of defendants.

"I think we're maybe getting to the point in this country where it might be time to go to the United States Congress" in search of a federal amendment. Cassell said.

This year, a Utah lawmaker is proposing a bill to clarify that those who know of abuse against a child or vulnerable adult can face a misdemeanor criminal charge if they fail to report it authorities.

The pending measure from Rep. Brian King, D-Salt Lake City, also stipulates that people can face civil liability if they have reason to believe such abuse is happening but don't report it.

King has proposed more significant changes in recent years that would have required reports in other circumstances, but the measures stalled, so he ultimately abandoned the effort in favor of clarifying existing law, he said.

"I thought, 'Well I'm not going to bang my head against the wall anymore,'" King said. "But I do think it's a discussion worth having."