New UK COVID-19 variant detected in Utah; CDC projects strain will be dominant in US by March 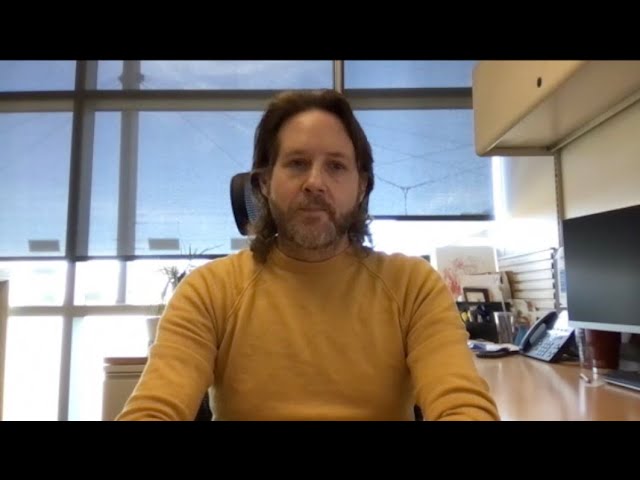 SALT LAKE CITY — A new, more transmissible variant of COVID-19 that originated in the U.K. has been detected in Utah, state health officials announced Friday.

The variant, also known as B.1.1.7, was detected in a man from Salt Lake County who tested positive last month and was between the ages of 25 and 44, according to a news release from the Utah Department of Health. The man had no known travel history outside Utah and had only mild symptoms, the release said.

The U.K. variant of the SARS-CoV-2 virus is thought to spread more quickly and easily than other mutations, but there is no evidence it is any more deadly, according to the Centers for Disease Control and Prevention. The variant was first detected in the U.S. in Colorado.

"This is a hard time to have a more contagious strain, given that it's winter, people are inside more," said Utah Department of Health state epidemiologist Dr. Angela Dunn. "The holiday season just passed, and the people are frankly fatigued with all the public health recommendations we're making. So that, in combination with not enough vaccines to go around, is concerning."

Dr. Kelly Oakeson, chief scientist for bioinformatics and next-generation sequencing at The Utah Public Health Laboratory, explained that the case was discovered through a genetic profile test of a positive case. He said there are 17 mutations distinct to the U.K. variant, which they found during the test that led to the confirmation.

Both he and Dunn said they believed that the variant has been in Utah for some time and there are likely more cases.

"I believe it's more widespread," Oakeson said. "We're not sequencing every single positive sample, so we're only sequencing about 10% — in some months a little fewer than that. So if we detected this quickly since we were looking for it, it indicates to us that it's probably more widespread than just this one individual."

Salt Lake County health officials conducted a routine case investigation after the Utah case was detected, including contact tracing, for the variant case.

The Utah discovery was announced about the same time the CDC published a research paper that acknowledged the new variant was detected in 10 states between Dec. 29, 2020, and Tuesday. Researchers said that current models project that the strain will become the dominant strain in the U.S. by March.

While not known to be deadlier, the researchers warned that it could create more issues if it leads to a spike in COVID-19 transmission. COVID-19 vaccines currently approved for use are also believed to be effective against the U.K. variant of the virus; however, the new variant poses a problem to vaccination efforts if it spreads faster than people can be vaccinated.

They advised individuals to continue to take measures to mitigate the spread of the coronavirus.

Dunn echoed those concerns Friday afternoon. She pointed out that herd immunity through vaccinations likely won't be reached until summer or fall, and that a positive case is believed to provide only about 90 days of immunity. In addition, the new variant could lead to an uptick in cases in a short amount of time, which would potentially lead to a continued or worsening strain of hospitals around the state — much like the CDC paper warned.

"I think this puts another spin on how we're responding to this pandemic, knowing that our hospital ICUs are already over capacity and we're at the beginning of a potential surge in cases due to this new variant," she said.

The U.K. responded to the new strain with new shutdowns across the country. Utah has no firm recommendations or plans in place tied to the new variant, Dunn added.

Utah's current COVID-19 case totals and positivity rate remain high but are once again slowly declining, yet it's possible that another surge could come with K-12 and higher education classes returning this month and a more contagious variant documented in the state. As experts pointed out Friday, the variant spread faster among younger individuals in the U.K. because those groups were more likely to be where spread occurs.

Dunn is optimistic that testing protocols like surge testing on college campuses to begin the semester can pick up new cases before it leads to widespread growth in new cases. That said, she is also aware that the timing of the new strain reaching Utah isn't ideal.

"It is more transmissible, it's more contagious than the other variants of COVID, and so now more than ever we need to be practicing good public health practice by wearing a face mask, staying home when we're sick, avoiding large gatherings and physically distancing as much as we can," she said. "We really need to be extra cautious moving forward until we get more people vaccinated to not overwhelm our health care systems."