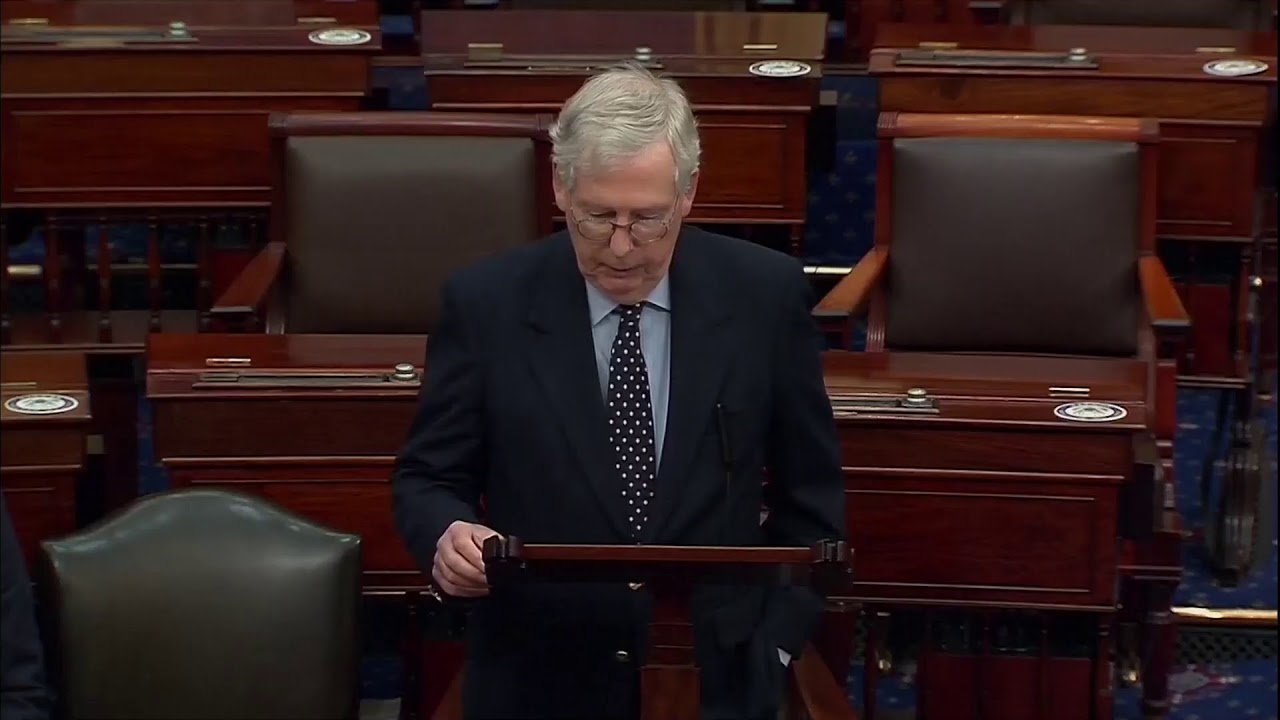 McConnell said on the Senate floor that a bill passed by the Democratic-controlled House of Representatives, which sought to meet fellow Republican Trump's demands for bigger checks, "has no realistic path to quickly pass the Senate."

McConnell, who controls the Senate's agenda and opposes the increase in aid, had introduced a competing bill combining the $2,000 checks with provisions unacceptable to Democrats, who could block it.

With a new Congress set to be sworn in on Sunday, the action appears all but certain to kill the effort to increase the amount of the $600 checks Congress has already approved.

Appearing to shrug off Trump's own initiative, McConnell continued: "The Senate is not going to be bullied into rushing out more borrowed money into the hands of Democrats' rich friends who don't need the help."

Democrats have insisted the aid is for people in dire need of help in the face of a health crisis that has killed nearly 340,000 people in the United States, but McConnell complained the checks were not targeted to need.

"Let folks vote. Mitch McConnell has the ability to do that ... He simply is unwilling to do that and the American people are going to be hurt," Democratic Sen. Gary Peters told CNN.

Trump had ramped up pressure on fellow Republicans to back the bigger checks for struggling Americans in a series of tweets over recent days. "$2000 ASAP!" Trump wrote on Twitter early on Wednesday.

On Tuesday, the president attacked Republican leaders as "pathetic" and accused the party of having a "death wish" if it did not back raising the stimulus payments or scrap legal protections for social media companies.

Republican Sen. John Cornyn told reporters he thought it unlikely that Congress would now act to increase the checks given McConnell's remarks.

Asked if he expected his party to face political blowback, Cornyn said: "No, not in any normal world," noting that lawmakers had already approved trillions of dollars in relief for an economy battered by the pandemic.

Some Republican senators had supported an increase in the payments, including David Perdue and Kelly Loeffler, who face runoff elections in Georgia next week that will determine which party controls the Senate under President-elect Joe Biden's incoming administration.

The Democratic-led U.S. House of Representatives voted 275-134 to meet President Donald Trump's demand for $2,000 COVID-19 relief checks on Monday, sending the measure on to an uncertain future in the Republican-controlled Senate.

Biden, who defeated Trump in a November election and takes office on Jan. 20, supports the House bill.

Congressional Republicans have largely stuck with Trump through four turbulent years, but the president is angry that they have not fully backed his claims of election fraud.

The tensions among Republicans have been exacerbated by a second showdown over an effort in Congress to override Trump's veto of a defense policy bill. The Senate voted 80-12 on Wednesday to begin debate on the issue, with another procedural vote due on Friday. If successful, the effort would lead to the first veto override of Trump's presidency.

The House of Representatives voted to overturn Trump's defense bill veto on Monday. Once preliminary hurdles in the Senate are cleared, a final vote could come later in the week or over the weekend.