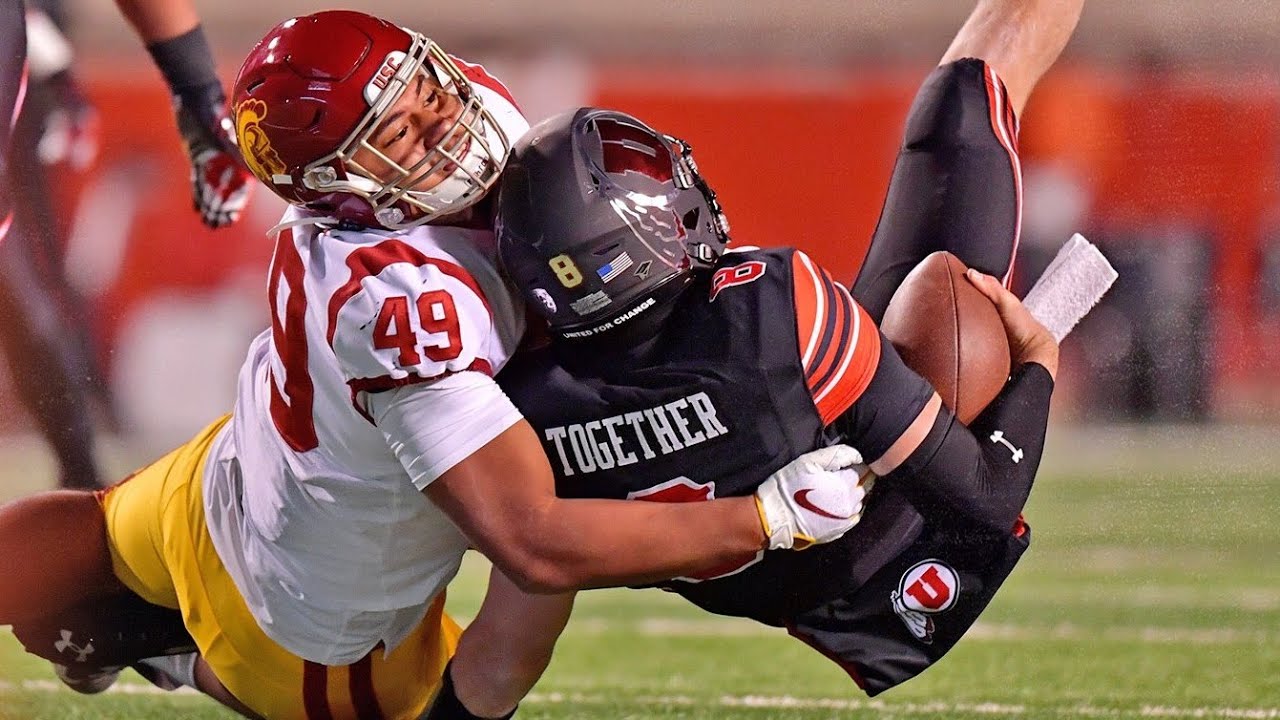 Weird because it was an empty Rice-Eccles Stadium on a Saturday night. Weird because of a global pandemic that made preparing for a college football season nearly impossible. Weird because of a season-opener being played in late November. And weird because Utah's offense didn't live up to its billing despite having several veteran players.

All that led to South Division favorite No. 20 USC coming away with a 33-17 win Saturday in Utah's first game of a delayed season.

"Disappointing game," Whittingham said. "There's a lot of positives in it though."

Utah (0-1) opened the season with a five turnover performance and a disjointed offense that struggled to move the ball against a USC (3-0) program that's been fortunate to play three opponents that have all debuted their season in three consecutive weeks. Still, the Trojans were the better team on the field and came away with a firm lead in the division title race.

Utah opened the season with Texas transfer Cameron Rising taking the first snaps under center as the team's starter at quarterback, but struggled to move the ball effectively as USC's defensive front seven continued to blow past Utah's offensive line.

Rising's time at quarterback, however, was cut short after sustaining "a pretty good shot" to his shoulder during his second turnover of the game — a fumble on Utah's 4-yard line that set up a USC score two plays later to take an early 7-point lead. Rising's other turnover came on a misread pass that was picked off by USC linebacker Drake Jackson on the previous series.

The sophomore quarterback only completed 3-of-6 passes for 45 yards in his short stint and finished the game in street clothes as he watched from the sidelines.

"I don't know anything about Cam Rising right now — obviously he didn't come back in the game," Whittingham said. "We'll know a lot more tomorrow about Cam."

South Carolina transfer Jake Bentley replaced Rising under center, but he, too, struggled to get the offense moving outside a late drive in the first half that was capped off by a 7-yard touchdown pass to Samson Nacua to cut into USC's lead before the break.

The senior quarterback added to the turnover margin (5-2) with two interceptions in the second half. He finished the night throwing for 171 yards and one touchdown on 16-of-28 passing, but wasn't granted enough time to settle into a rhythm despite the team putting up 335 yards of total offense.

And though the offense struggled to put points on the board, it was the defense that made up some of the difference and kept the Trojans under their season averages in passing and rushing. Coming into the game, USC averaged 353 yards passing and 174 rushing, but Utah's young and inexperienced group managed to hold USC to 264 yards and 93 yards, respectively, in the loss.

Linebacker Nephi Sewell, who played more as a third safety in Utah's scheme Saturday, highlighted what Whittingham called a "scrappy" defense. Sewell finished the night with 10 total tackles and two tackles for loss, but also had a 23-yard scoop-and-score touchdown in the second quarter that equalized an early USC lead.

USC quickly scored on their next series, capped off by an 8-yard touchdown pass from quarterback Kedon Slovis to receiver Tyler Vaughns, who was just two fast for freshman cornerback Clark Phillips. He finished the night with nine total tackles and one tackle for loss in the first-time collegiate player's debut in Utah.

Sewell came up big again after Utah freshman running back Ty Jordan fumbled on the 37-yard line and gave USC prime position to expand on an early lead. Three plays later, Sewell picked off Slovis to continue his strong night.

Though USC didn't look like a polished product, Slovis still managed 357 yards of total offense in a double-digit win over the Utes. Slovis finished the night throwing for 264 yards and two touchdowns on 24-of-35 passing to keep the Trojans undefeated on the season.

Utah enters next week knowing little about its opponent. Its expected opponent, Arizona State, is dealing with COVID-19 issue and may have to withdraw from the game, though Whittingham said Saturday night the team will learn more who they're playing by Sunday.