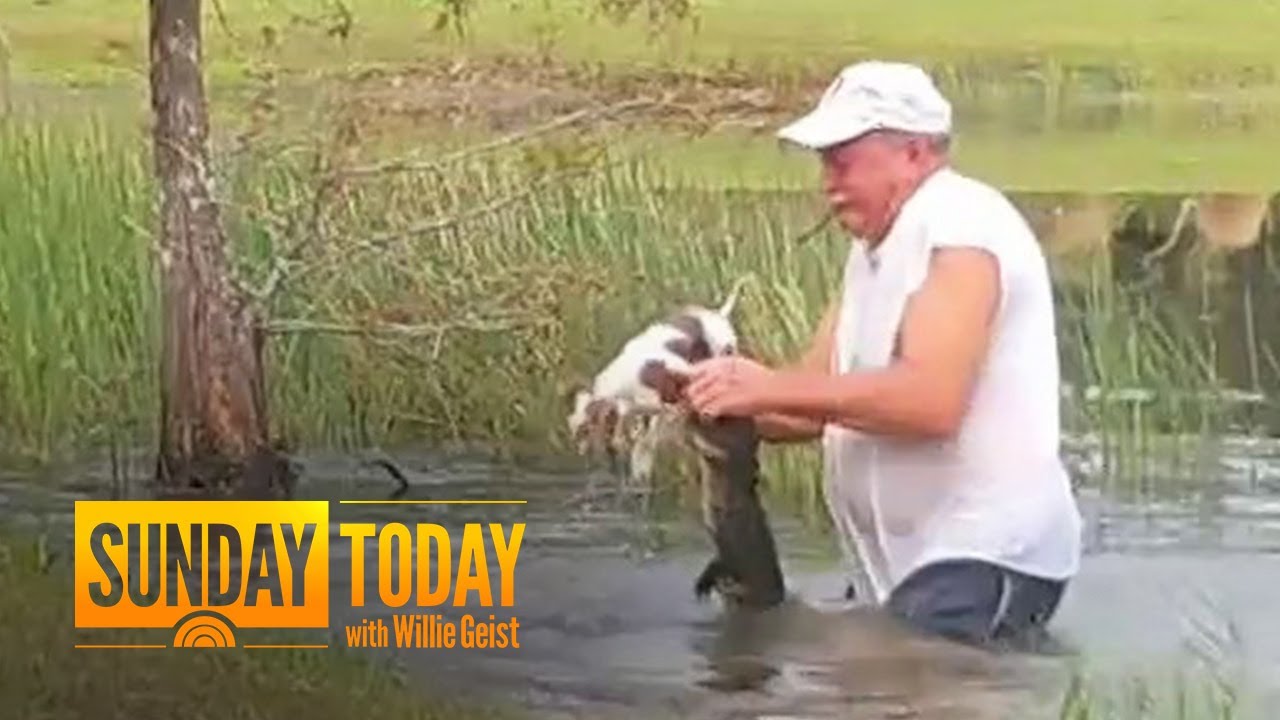 ESTERO, Fla. (CNN) — In a dramatic encounter recorded by surveillance cameras, a Florida man chased an alligator under water and rescued his 3-month-old puppy from the jaws of death.

Richard Wilbanks, 74, of Estero ran into his backyard pond, wrestled the gator above surface, and pried its jaws open to free Gunner, his Cavalier King Charles spaniel.

"We were just out walking by the pond," Wilbanks told CNN, "and it came out of the water like a missile. I never thought an alligator could be that fast. It was so quick."

He said adrenaline or instinct kicked in, and "I just automatically jumped into the water."

Holding the alligator wasn't so tough, but prying open the jaws was "extremely hard," he said.

Wilbanks said his hands were "chewed up," and he went to a doctor for a tetanus shot.

Gunner had one puncture wound in his belly and did fine after a trip to the veterinarian's office.

The rescue south of Fort Myers was caught on camera because of a partnership between the Florida Wildlife Federation and the fSTOP Foundation.

Wilbanks agrees with that mission and he doesn't want the alligator removed from the pond or destroyed.

"They're part of nature and part of our lives," he said.

He still takes Gunner walking, but he keeps the puppy on a leash -- and 10 feet from the pond's edge. "Our pets, they're just like family to us," he said.