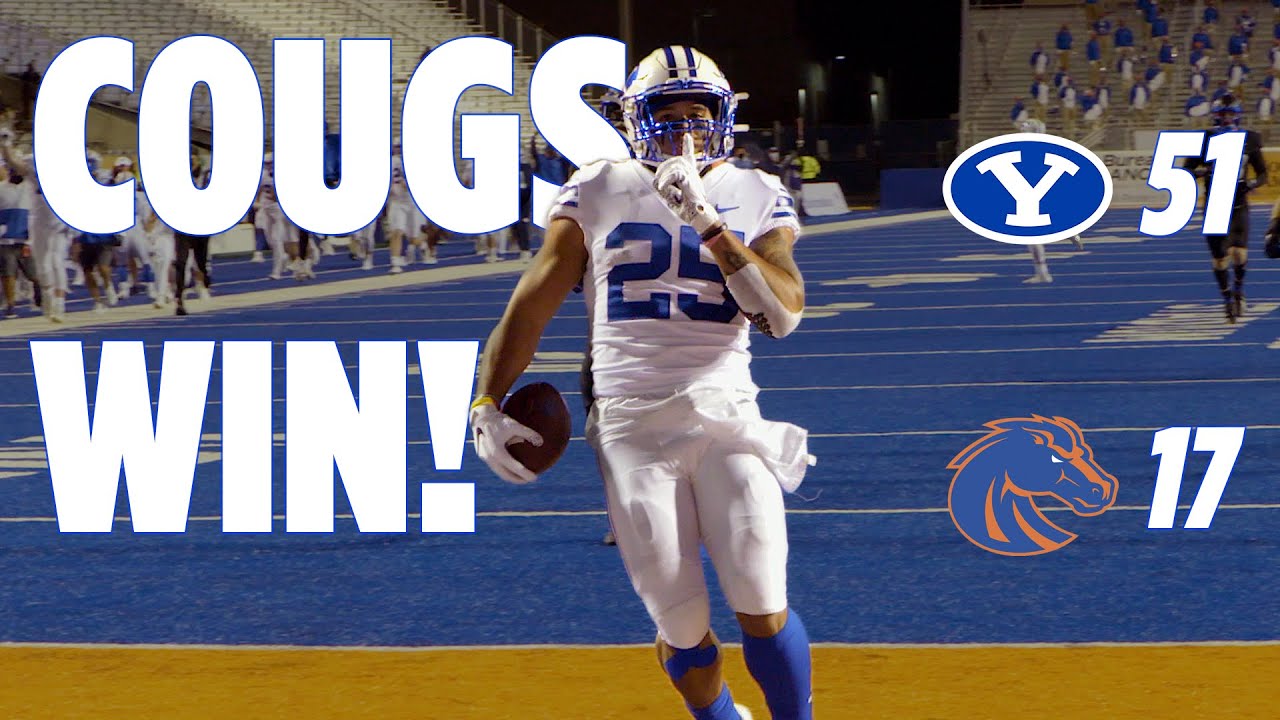 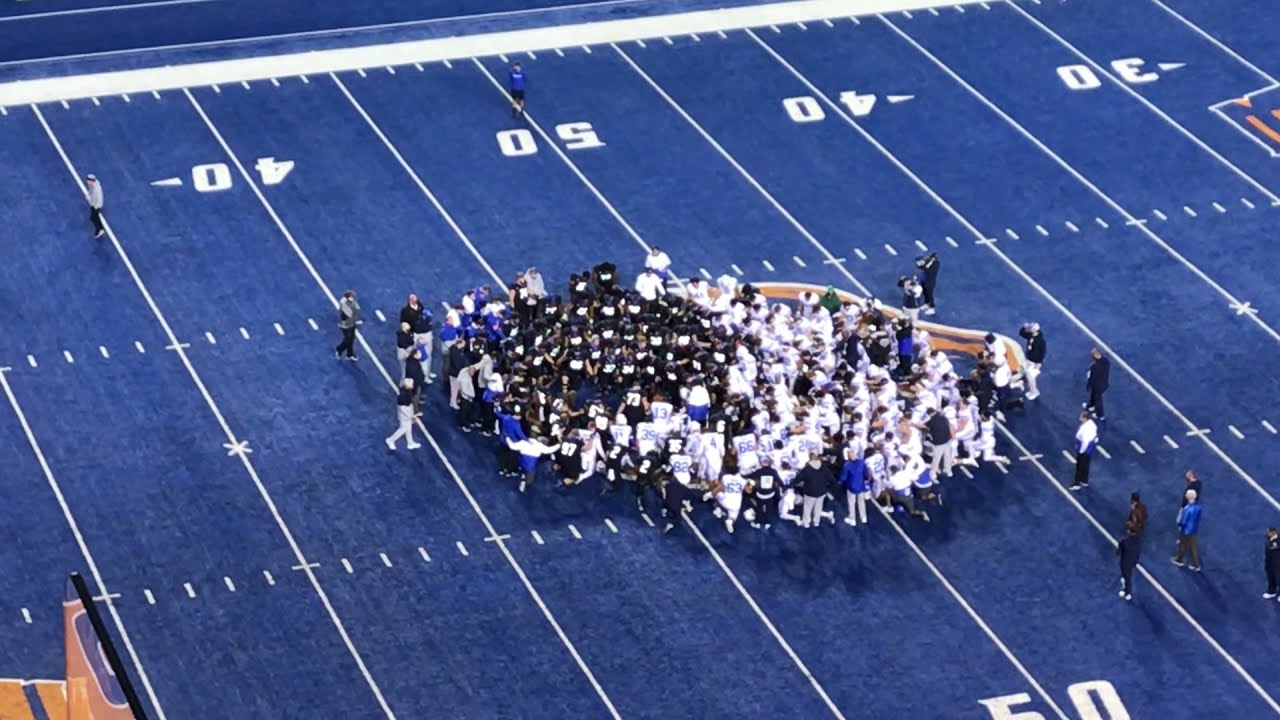 PROVO — Brady Christensen couldn't hear what was happening, but he's quick to add he didn't need to.

After BYU's 51-17 win over Boise State — the Cougars' first-ever win over the Broncos on the blue turf, and one that catapulted the 8-0 squad to No. 8 in the AP Top 25 — Christensen's teammates were told by their coaches that Boise State's staff had a request for them.

They wanted to pray with them.

So the two groups, fresh off a top-25 clash on the famous blue turf, walked together to midfield and knelt in prayer.

"I was in the back, so I couldn't hear the words being said," Christensen said. "But I could feel it. Sometimes the spirit talks louder than words can be said. To have 200 people there to pray to our Heavenly Father, it's always cool. And it was way cool to be a part of."

During BYU's run to the Top 10, a potential New Year's Six bowl berth, and quarterback Zach Wilson's potential Heisman Trophy candidacy, the Cougars have also been able to accomplish the purpose of the university's sponsoring institution: share the faith of The Church of Jesus Christ of Latter-day Saints.

Many times, that includes sharing a prayer. The Cougars knelt in prayer with Liberty University, an evangelical college in Lynchburg, Virginia, a year ago, and they have been noticed sharing their faith several times.

The Cougars don't always directly bring their faith into an opponent's stadium — but they know they represent the church and their families everywhere they go, head coach Kalani Sitake has said.

"We promote prayer often," Sitake said. "I think it's good to pray, and to pray as a team and as a program. It's a big part of what we do.

"Boise invited us to pray with them, and we're not going to turn down when a team invites us to kneel down and praise God for the opportunity we have to play. What a great invite from them. I was really impressed with them and their sportsmanship."

Prayer is just one example of BYU players and coaches sharing their faith with the world. After the Cougars' 41-10 win over Western Kentucky, linebacker Isaiah Kaufusi and fullback Kyle Griffitts gave a copy of the Book of Mormon to two Hilltoppers.

I was fortunate to catch this priceless scene between @isaiah_kaufusi and @kgee42 giving this player from Western Kentucky a Book of Mormon after the game and sharing their testimonies of the gospel.
I love our boys, they're great examples to the world.#GoCougspic.twitter.com/lp7h2Bw1CR

"They had questions throughout the game, so Isaiah grabbed me and said, 'Hey, two by two, come help me out with something,'" Griffitts recalled on Twitter.

But prayer is perhaps the most noticeable variation of the Cougars' locker room from many other colleges in the NCAA, most of which are public universities. BYU's standing as a private, religious institution isn't just an outlier from the outside, though.

"That's one thing that BYU brought me here is religion," BYU wide receiver Gunner Romney said. "We pray before meetings every day, and we open practice with a prayer. Before games we say a prayer, and after games we give gratitude to God."

"I love it. Getting together to show gratitude for playing the game we love and for the blessings we're given, it's great."

It also helps the Cougars keep perspective on the game, Romney added.

"Football's a competitive game, so you're competing and talking trash. But at the end of the day, it's just a sport," he said. "There might be hard feelings on the field, but once you're off the field you've got to love them up a bit."