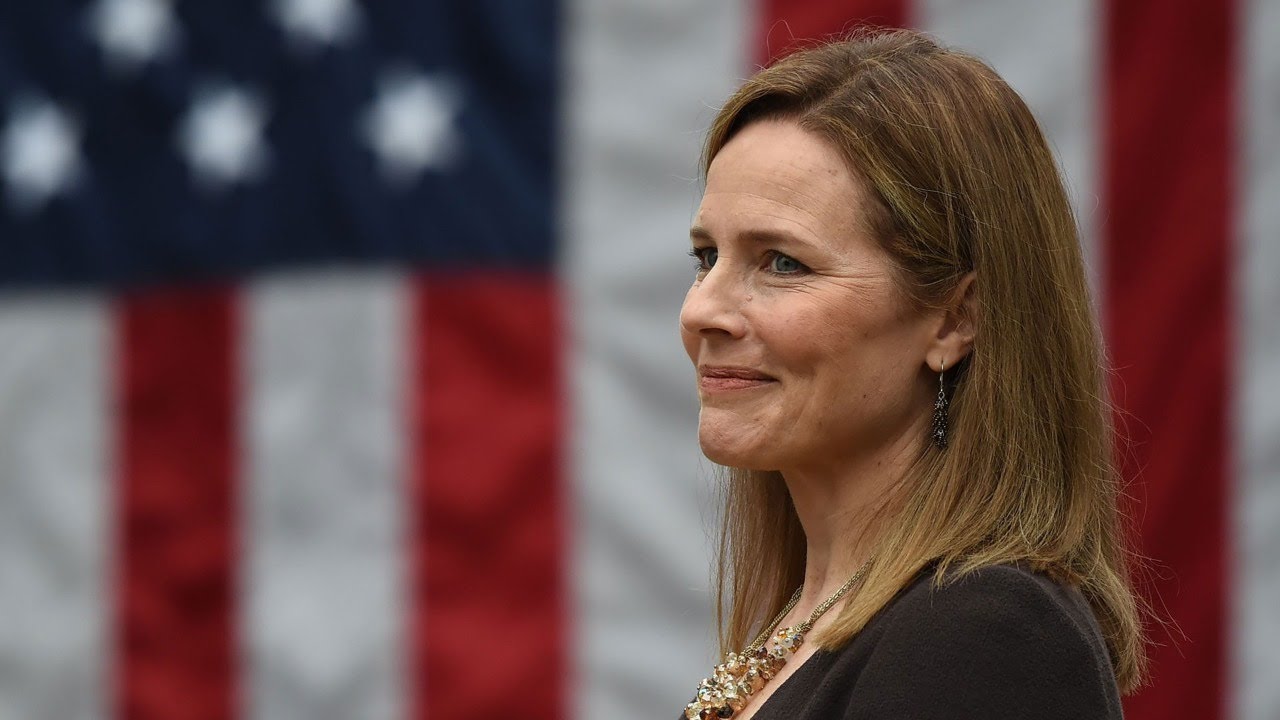 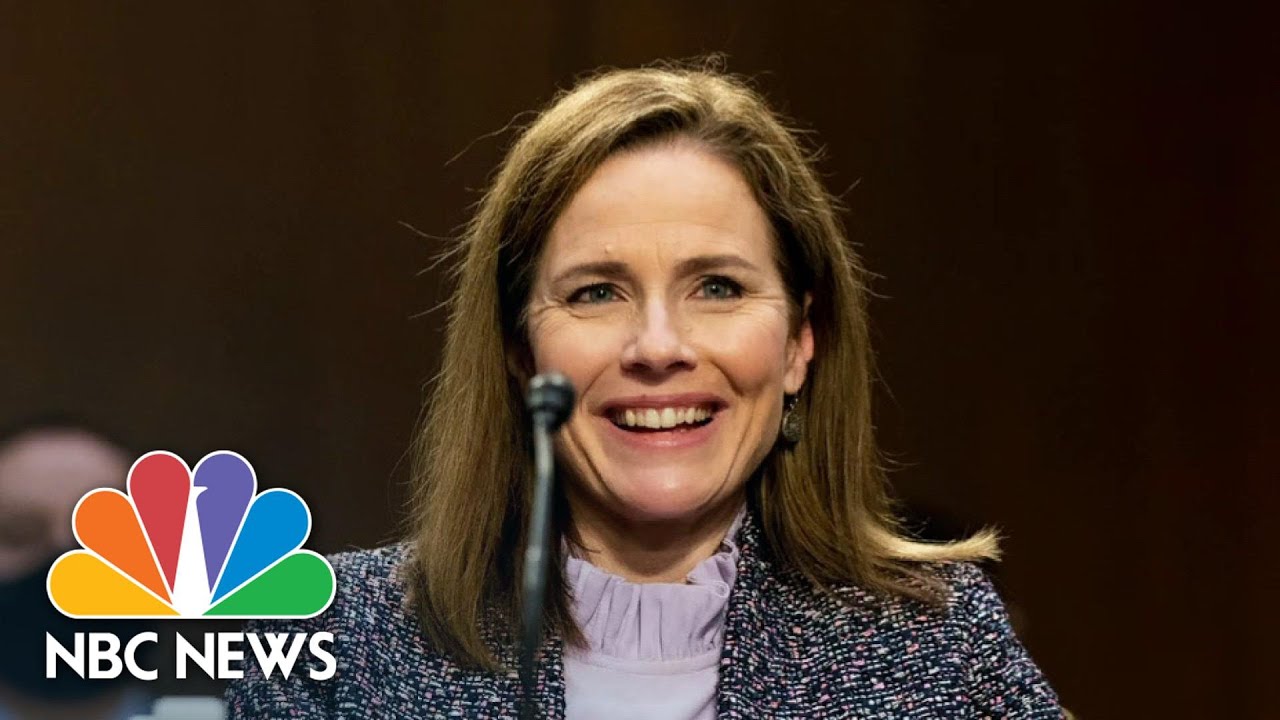 WASHINGTON (Reuters) — President Donald Trump reveled in one of his signature achievements on Monday at a White House ceremony to celebrate U.S. Senate confirmation of his third Supreme Court nominee, Amy Coney Barrett, eight days before the election.

The made-for-TV prime-time event on the White House lawn mirrored one a month ago, when Barrett's nomination was announced, which preceded a coronavirus outbreak among top Republicans including Trump himself and Utah Sen. Mike Lee.

It came little more than an hour after the Republican-controlled Senate confirmed Barrett to the lifetime appointment on a 52-48 vote, with Democrats unified in opposition.

Her confirmation as successor to liberal Justice Ruth Bader Ginsburg, who died last month, creates a 6-3 conservative majority on the high court. One Republican, Susan Collins, voted against the confirmation.

Senate Democratic leader Chuck Schumer said the Republican majority was "lighting its credibility on fire" by proceeding with the vote so close to the election after blocking Democratic President Barack Obama's election-year nominee in 2016.

Trump, who has been touting the appointment at campaign rallies to the cheers of his supporters, had pressed the Senate to confirm Barrett, 48, before the Nov. 3 election in which he trails Democrat Joe Biden in national opinion polls. No Supreme Court justice had ever been confirmed so close to a presidential election.

"The Barrett family has captured America's heart. It is highly fitting that Justice Barrett fills the seat of a true pioneer for women, Justice Ruth Bader Ginsburg," Trump said with a smiling Barrett at his side.

In contrast to the White House event last month, more people wore masks and seats were spread out to ensure social distancing. Several of the Republican senators who voted to confirm Barrett were in attendance, although not Majority Leader Mitch McConnell, who has not been to the White House since August due to COVID-19 concerns.

Conservative Supreme Court Justice Clarence Thomas, wearing his judicial black robes, administered one of the two oaths of office that justices have to take.

In brief remarks, Barrett declared her independence from Trump and the political process even as the president stood behind her.

"The oath that I have solemnly taken tonight means at its core I will do the job without fear or favor and do it independently of the political branches and of my own preferences," she said.

After the ceremony, Trump and Barrett waved to applauding guests from the White House balcony.

Chief Justice John Roberts will administer the separate judicial oath at the court on Tuesday, the court said in a statement.

Trump has said he expects the court to decide the outcome of the election and wants Barrett to participate on any election-related cases that go before the justices.

Judge Amy Coney Barrett is exceptionally intelligent and impeccably credentialed. She is a woman of unquestionable character, the presence of which is essential to our nation’s confidence in the Court. I'll be honored to vote to confirm her nomination. https://t.co/4eEm3HqMCt

Just before the Senate vote, the court on a 5-3 vote with the conservative justices in the majority, issued an order curbing the deadline for mail-in ballots to be received in the electoral battleground of Wisconsin.

Barrett's confirmation shifts the Supreme Court further to the right, which could pave the way to conservative rulings curbing abortion rights, expanding gun rights and limiting voting rights, among other things.

"The truth is this nomination is part of a decades-long effort to tilt the judiciary to the far right," Schumer said.

"We don't have any doubt, do we, that if the shoe was on the other foot, they'd be confirming," McConnell said. "You can't win them all, and elections have consequences."

President Donald Trump's Supreme Court nominee Amy Coney Barrett on Wednesday said it is an "open question" as to whether Trump could pardon himself while adding that the top U.S. judicial body "can't control" whether a president obeys its decisions.

Barrett is expected to participate in arguments on Nov. 10 in a case in which Trump and Republican-led states are seeking to invalidate the Affordable Care Act. The 2010 health care law, also known as Obamacare, has helped millions of Americans obtain medical insurance and barred private insurers from denying medical coverage to people with pre-existing conditions.

Barrett has criticized previous rulings upholding Obamacare but said during her confirmation hearing she had no agenda to invalidate the measure.

During her confirmation hearing before the Senate Judiciary Committee two weeks ago, Barrett, a favorite of Christian conservatives, irked Democrats by sidestepping questions on abortion, presidential powers, climate change, voting rights, Obamacare and other issues.

That September event, part of which occurred in the White House Rose Garden, was crowded with guests, many of whom did not wear masks.