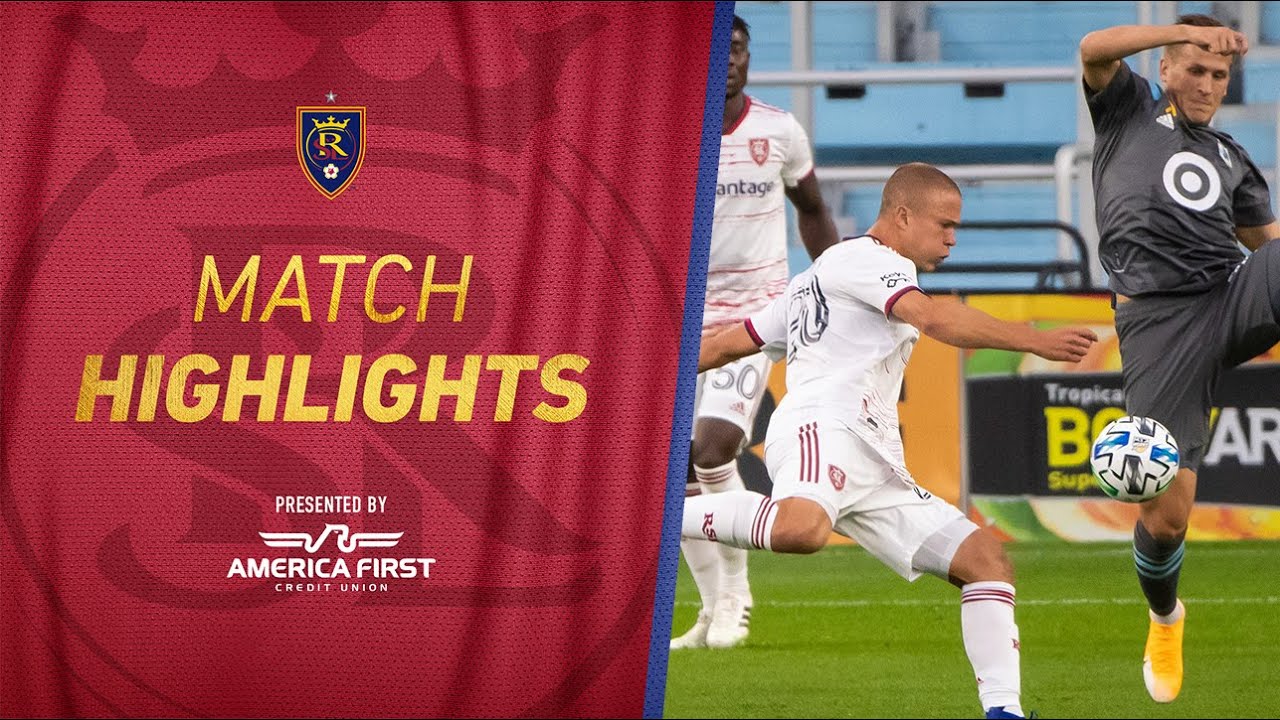 SANDY — There was a gleam in every Real Salt Lake fan’s eye Sunday evening prior to the club’s road match at Minnesota United FC.

The gleam of a diamond.

For the first time since 2014, RSL was playing a formation that once brought unparalleled success to the club — regularly competing for trophies, for CONCACAF Champions League berths, and for the ultimate prize of the MLS Cup in 2009.

But Sunday wasn’t the 4-4-2 diamond of yesteryear, as illustrated by RSL’s 4-0 loss to a Minnesota squad that had previously ridden a four-match losing skid.

Back to the drawing board, which will probably mean more of the 4-3-3 or 4-2-3-1 formation made more common under head coach Freddy Juarez.

Will the diamond make another appearance in 2020? It’s possible. But there are plenty of errors that will need to be corrected with it, first.

“I think we could’ve done a better job of keeping the ball in the midfield,” RSL midfielder Nick Besler said after Sunday’s match. “We had the number advantage and I think we could’ve had longer spells of possession. We had pace up top and you saw where we got in behind a fair amount of times and unfortunately, we couldn’t really create anything from it.

“In the end we could’ve done a better job of keeping the ball with the number advantage.”

The glimpse of the old formation was there. But there were plenty of personnel issues to go along with it.

RSL made wholesale lineup changes, keeping just Justen Glad — who shifted to right back — from the starting XI Wednesday that earned a home draw with Seattle Sounders FC. Giuseppe Rossi earned his first start in MLS play, and Douglas Martinez Jr. returned from concussion protocol for a now-healthy RSL first team in the midst of a busy stretch of matches in Phase 1 of Major League Soccer’s return to home markets.

Sunday also saw the return of the 4-4-2 diamond formation for the first time since 2014, with Rossi at the attacking point of the midfield and holding midfielder Kyle Beckerman paired with Besler and Everton Luiz on either side of the throwback theory.

Other than Beckerman and defender Justen Glad, RSL’s players were mostly unfamiliar with the formation. Rossi had played a similar formation and role with previous teams, but the Salt Lake newcomer had never played that diamond with that squad in that system like it was presented to him Sunday night.

Still, it worked well — for about an hour.

“I think at times we played it pretty well,” said Nedum Onuoha, who was paired at center back with Erik Holt. “It’s not something we played a lot this season. But in the first half, it felt like Minnesota wasn’t giving us many problems.

“It didn’t work out well today. But maybe it will work out better in the future.”

The formation's rebirth also didn’t have the right personnel. Instead of a wing midfielder like Ned Grabavoy or Luis Gil, RSL added two holding midfielders in Besler and Luiz to Beckerman.

Instead of a high-flying right back like Tony Beltran, RSL shifted center back Justen Glad to the right side to provide width. Tate Schmidt’s move to left back was admirable, but the 23-year-old RSL Academy product with just two first-team appearances also had moments that went exactly how one would expect a second-year first-team player to perform.

Sure, it was a diamond formation — but not the diamond that helped establish RSL as a top team in MLS around the turn of the last decade and made Jason Kreis a coaching star.

With more time and training in an unfamiliar formation — no matter the historical roots of its one-time dominance — Juarez believes the diamond could make a comeback to RSL.

It’s not about changing an identity, but switching ideas and attacks in much the same way Toronto FC has done primarily with ideas acquired from RSL’s system via head coach Greg Vanney, who was the RSL Academy director from 2008-11.

“I think with more time and more training, we can use the sophistication and different personnel, maybe dropping one forward into the midfield more — or one going to wing more, like you used to see Espindola do,” Juarez said. “With more time, I think we could’ve brought more out of the diamond. It’s a different fitness, especially for the two guys wide in the diamond to cover ground when you don’t have the ball.”

Sunday’s loss wasn’t the result of a formation change. Whether a mix of tired legs, uneven lineups, or a series of bad decisions both on the field and with the officiating crew, RSL’s momentum spiraled out of control in a negative way, and there wasn’t the substitution pattern evident from three previous games to halt it.

“To be honest, we just got really sloppy,” said Onuoha, who said unpleasant conversations were likely to be had in the film room. “It seemed like a few heads went down, and it’s extremely frustrating.”