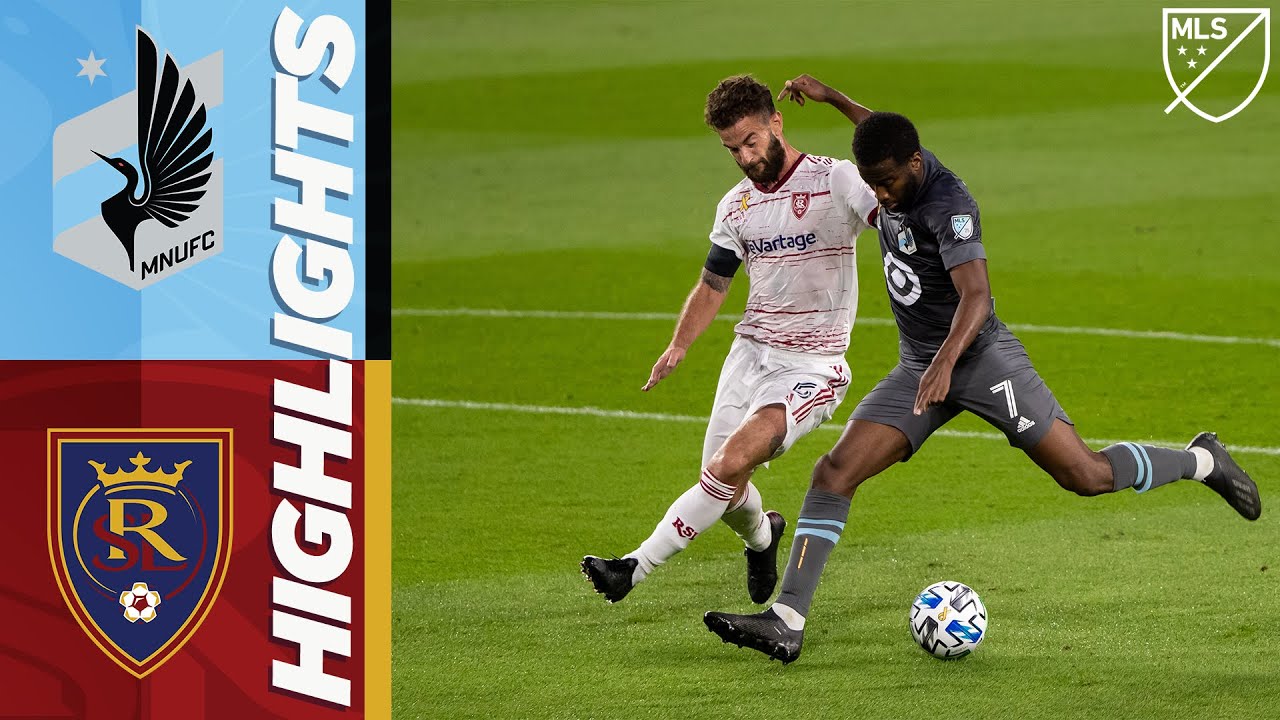 The club that has prided itself on being able to come back since MLS play resumed in August finally missed the comeback.

After a scoreless first half, Gasper and Lod scored just nine minutes apart to give Minnesota (4-3-2, 14 points) all the scoring it needed before Hayes finished off an interchange between Raheem Edwards and Kevin Molino, who had two assists.

“Two totally different halves,” RSL coach Freddy Juarez said, before adding: “We put the ball in the net three times, and all three of them were taken away. For sure, one of them was in.”

Too good from @MNUFC! #MINvRSLpic.twitter.com/s95RnYnIbA

Rossi had a strike in the 13th minute ruled out, despite Minnesota goalkeeper Dayne St. Clair collecting the ball as it appeared to cross the end line. The former Italian international from New Jersey also had a first-half assist waived off in the 26th minute when Nedum Onuoha’s header into the back of the net was ruled offside.

A week after RSL brought back a former longtime executive to run the club on an interim basis, Real Salt Lake also revived a 4-4-2 diamond formation that once brought glory — including the 2009 MLS Cup title — but couldn't channel that historical precedent into what would've been its first win at Allianz Field in franchise history.

“It’s a little frustrating,” said midfielder Nick Besler, one of 10 changes in RSL’s starting lineup, including at goalkeeper. “Goals can change games, and that certainly would’ve helped us out.”

Still, RSL held the hosts without a shot on goal in a scoreless first half. Whether that first half should have been scoreless was debatable, between the unreviewed goal from Rossi and Onuoha’s header.

“I’ve had the chance to look at it, and in my opinion, it looks like a goal,” Onuoha said of Rossi’s strike. “We’re disappointed to not have been given that. Goals change games, and given a 1-0 lead at that point, I would’ve fancied us in that game.

“But we also conceded four goals. I think that’s more of a reality.”

Juarez said he was told the officials didn’t have the angle available to them to overturn the call, which was not a goal by head referee Marcos de Oliveira.

Instead, it was Gasper who opened the scoring in the 53rd minute, finishing off a feed from Kevin Molino and burying the ball inside the far post to give Minnesota a 1-0 advantage.

CHASE GASPER!@MNUFC jump ahead after some quality combination in midfield. #MINvRSLpic.twitter.com/MpvdSufiaU

Lod doubled the advantage less than 10 minutes later, sprinting the final 40 yards down the pitch to finish off the assist from Minnesota designated player Emanuel Reynoso.

Albert Rusnak, who came on as a second-half sub for an RSL side that made 10 changes from Wednesday’s match against Seattle, appeared to pull one back in the 84th minute. But the Slovakian midfielder’s give-and-go from Sam Johnson was called offside.

It was Salt Lake’s second goal called offside, joining Onuoha’s header from Rossi’s free kick in the first half that was negated on video review.

Lod notched his brace with a 90th-minute strike that prefaced just two minutes of stoppage time, helping the Loons snap a three-match winless streak since MLS reopened the regular season on Aug. 21.

Juarez didn’t make a sub until the 73rd minute, when the visitors trailed 2-0 (and were just two minutes away from a 3-0 deficit).

By the time Corey Baird replaced Besler with the first switch of the night, the damage had been done. Even fellow subs Maikel Chang, Damir Kreilach and Rusnak couldn’t provide the spark needed to secure at least a point — as Salt Lake has done in rallying from deficits in three-straight matches.

“I’ll take the blame,” Juarez conceded. “The thing is, we thought we had a good squad. But it’s hard when some guys aren’t 90 minutes fit, and that’s my fault on the subbing part. They gave what they could, and did it well. But that’s the thing with these rotations. You have to mix and match; you aren’t just focused on today.

“You have to plan for multiple games coming up.”

The club will host Colorado next Saturday, Sept. 12.