Susie Boyce: What Fred Rogers, Andy Reid and orphans in Mexico taught me about real love

SALT LAKE CITY — The morning after Christmas, my family loaded luggage, snacks and eight exceptionally tired humans into "Vance," our well-loved conversion van. Our first destination was a Walmart parking lot in San Diego, where we met my brother's family. Our second and final stop was an orphanage in Baja, Mexico.

Volunteering at an orphanage in Mexico for a week had felt like a positive, fulfilling way to spend the holidays with our family. But as my mostly introverted, completely English-speaking family watched the heavy security gate swing open to let us in, we were feeling a little more anxious than positive.

That feeling would not last long.

'Immediately, fiercely, and with no conditions'

The volunteer group facilitator gave us a tour, explained the construction projects for the week, and briefly described the children's circumstances. Some were true orphans; others had been abused or abandoned. All needed somewhere to live until age 18.

Because these children's lives before the orphanage had been difficult — often unimaginably so — every child needed love — and lots of it. Despite our initial apprehensions, those kids were incredibly easy to love — not because we communicated well, and certainly not because the volunteers (especially us newbies) knew what we were doing. It simply happened.

For one, most of those precious children loved us immediately, fiercely, with no conditions. The more reticent ones took more time, but they all craved and eventually offered, in their own ways, the love that only one human being can offer another.

Without being told, none of us had expectations of stellar behavior from the orphans. Knowing that some of these kids had been through various versions of hell, showing them our love — immediately, fiercely, and with no conditions — came naturally. We readily accepted them exactly as they were.

Our family's experience at the orphanage was remarkable. We worked hard, played hard, ate the best tacos I've ever had (and still dream about), and fell into bed exhausted every night. The vote to return next year was unanimous.

After we'd been home a short time, I came to the painful realization that my brain isn't always wired to love the people closest to me the same way I loved the orphans. Too often, my love — or at least acceptance — hasn't always been immediate, fierce, or without conditions. My own inadequacies are hard pills to swallow.

So, I've been asking myself: How do I train my brain to be back at that orphanage in Mexico while I'm here at home? Maybe the best way is by looking to those who have paved the way.

"Every weekday, this soft-spoken man talked directly into the camera to address his television 'neighbors' in the audience as he changed from his street clothes into his iconic cardigan and sneakers. Children responded so powerfully, so completely, to Rogers that everything else in their world seemed to fall away as he sang, 'It's a beautiful day in the neighborhood.' Then his preschool-age fans knew that he was fully engaged as Mister Rogers, their adult friend who valued his viewers 'just the way you are.'

"It was an offer of unconditional love — and millions took it."

Despite Lady Elaine's face creeping me out a tiny bit when I was a kid, I was one of the millions who eagerly accepted Mr. Roger's offer.

Another terrific example is Andy Reid, the coach who recently led the Kansas City Chiefs to their epic Super Bowl victory. Andy's love for his players and staff is legendary. In his ESPN article, Ian O'Connor explains:

"By all accounts, his insistence that his players stay true to themselves inspired them to play at the highest possible level, and doubled their affection for the coach who always looked as if he should be wearing a striped red and white jacket, red bow tie, and straw skimmer hat as part of a barbershop quartet.

"He tells them all the time in team meetings, 'Let your personality show,'" says Britt Reid, his father's linebackers coach. "I think that's important. You can't be someone you're not. If you want to play this game to the best of your ability, you've got to be you."

Both Fred Rogers and Andy Reid have been loved and respected because of their ability to love without conditions and accept people exactly how they are. As a result of their love, an untold number of better people — and better ball players — walk among us.

Although many say Valentine's Day was contrived for retail purposes (I can neither confirm nor deny this), the sentiment of love permeates February and is hard to ignore. So I'm not going to. Honestly, I could use a reminder to love my loved ones deeper and better and more fiercely.

I'll have the orphans' unequivocal love to remind me. I'll relisten to the clip of Patrick Mahomes, MVP of Super Bowl LIV, honoring his coach with these words, "He's one of the best coaches of all time; he already was before we won this game. But we wanted to get that trophy just because he deserved it."

Finally, I'll print and display this quote from my first and favorite TV dad, Fred Rogers: "I don't think anyone can grow unless he's loved exactly as he is now, appreciated for what he is rather than what he will be."

New Year’s resolutions generally start out feeling as manageable but end up taking on mammoth proportions. Like climbing a mountain. Alone. With no equipment. Such occasions often require a “Sherpa” to get you going.

Author's note: Our trip was organized by A Child's Hope Foundation, a nonprofit based in Orem, committed to lifting orphans from surviving to thriving. I give ACHF and its excellent volunteer programs an unequivocal (and unsolicited) two thumbs up. Check out their website for more information: achildshopefoundation.org. 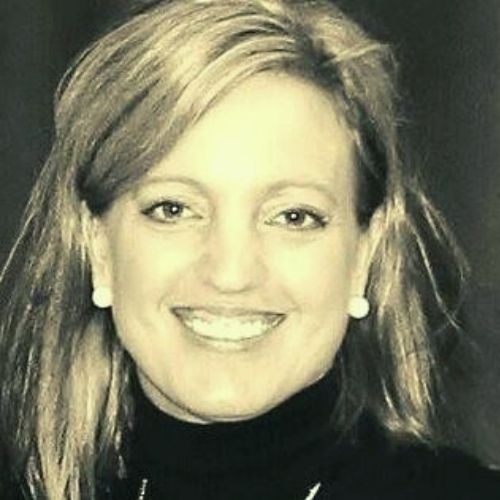