Long-time Jazz Bear speaks out for first time since firing

SALT LAKE CITY — The man most basketball fans knew as the Jazz Bear for more than two decades is talking about his time in the suit, and why he was fired.

Jon Absey wore the Jazz Bear suit — well, there were nine of them — for almost 25 years. Until October 2018:

"I was told they were going in a different direction. That was all I was told," Absey said.

Incidentally, he was also fired from his very first job as a mascot for the CBA for all those stunts he tried out.

“They thought I was either going to kill myself or kill a fan,” he said.

Absey is telling all in a new podcast called “Return to Real.” It’s the first time he’s spoken about his time in the costume since his firing.

A farm boy, Absey picked up that first mascot job at Morehouse State College for $25. One thing led to another, and he was asked to try out to be the Jazz mascot in the early 1990s.

Absey then worked more than 800 home games as the Jazz Bear. He didn’t try to be anyone else or act like someone else in the suit.

“I was just me. I put it on, I walk like I walk. I just did the stuff that everybody thinks about doing, but can’t,” he said.

Absey did handstands on a 23-foot tall ladder, rappeled from the ceiling, and slid down the stairs.

He said he never feared anything he could control.

“When I put on the suit, a lot of fear went away,” said Absey.

“I remember hitting the ground, and just running. I jumped up on the bars, and then it was that ‘aha!’ moment. I went, I get it! But that’s the scaredest I’ve ever been,” he laughed.

Over time, the job took a toll. Absey counted up 150 stitches or staples, 10 surgeries, and 27 torn ligaments or muscles over time. But he can still do the splits at age 52.

He thought he would retire from the Jazz. But he said he realized everyone could be just one management change from being let go.

Now he has much more time with his wife and three daughters. He also does a lot of charity work. And he can interact with the kids as himself now. Before, he said, he hid under a mask.

He said he feared that people only liked him because he was the Jazz Bear, but now he realizes that’s not so.

“I miss it. I miss the fans, but honestly, there’s a part of me that enjoys being home on the weekends,” he said. Because his whole career was spent working nights and weekends, and sacrificing his family and his body.

“My success is watching my children grow up,” concluded Absey. 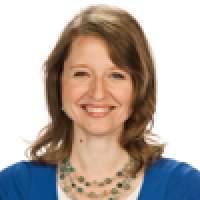