ST. GEORGE — Police officers conducting a vehicle search in Washington City did not find narcotics when opening the trunk early Saturday morning — instead, they found a wanted suspect hiding inside.

Lauralee Lance, 34, and Elisha Hamilton, 28, both from Washington City, were arrested and transported to Purgatory Correctional Facility after an early-morning traffic stop by a Washington City Police officer on patrol.

Sometime after midnight, the officer stopped a vehicle, occupied by Lance and another unidentified woman, for having a brake light that wasn’t working. The officer recognized Lance, the passenger of the vehicle, from an unrelated call earlier in the day in which he responded to a residence in search of a suspect wanted for outstanding warrants.

While at the residence, the officer had told Lance that he was looking for Hamilton, and according to the probable cause statement, Lance allegedly told the officer she didn’t know where Hamilton was. The officer left shortly thereafter.

During the traffic stop on Saturday, the officer became suspicious due to the passenger’s “recent drug involvements,” and requested that a K-9 do a sweep around the vehicle. The dog indicated that there were narcotics in the vehicle, and a search of the car ensued.

Both occupants denied that there was anything illegal in the car, but when officers began the search and opened the trunk, they found Hamilton hiding inside. She was ordered out of the trunk and a records check confirmed there were four active warrants for her arrest. 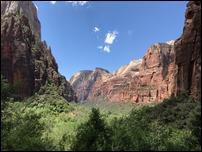