SALT LAKE CITY (CNN) — Curtis Rogers, the founder of the free DNA website GEDMatch, wanted to do all he could to help police solve a disturbing assault case out of Utah.

He knew his website, full of more than 1.2 million completed DNA kits, could help. After all, it had helped solve the so-called Golden State Killer case last April through a new forensic technique known as genetic genealogy.

But there was one problem: GEDMatch's own terms of service didn't allow police to use the site for this Utah assault case. The terms assured users who submitted DNA kits that police would only use their information to solve violent crimes of murder and rape. But not assaults.

Still, Rogers decided to make an exception in this case, given its severity, and help police. That exception led to an arrest in the case, yes, but it also sparked a fierce privacy backlash. And that criticism, in turn, led GEDMatch to make changes to the site that have sharply curtailed police ability to catch criminals.

"We can be sure there are hundreds of cases that would have been solved in the coming months or year that very well won't be now," CeCe Moore, a leading investigative genetic genealogist who worked on the Utah assault case, told CNN.

"People will die," she added. "It sounds dramatic but it's actually true."

The issue highlights the privacy concerns around home DNA technology and its use by police to solve cold cases, a field that has exploded since GEDMatch was used to catch the alleged Golden State Killer last year. With the technology, police work with genetic genealogists to put a suspect's DNA into GEDMatch in hopes of finding the suspect's family members. 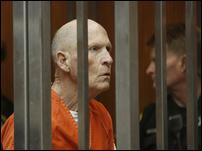 California prosecutors announced Wednesday they will seek the death penalty if they convict the man suspected of being the notorious "Golden State Killer" who eluded capture for decades.

But that work will be more difficult on GEDMatch now. In the wake of the backlash, Rogers and his partner John Olson made it so that all GEDMatch users are automatically made to be unsearchable by law enforcement. Users can choose to opt-in to law enforcement searches if they consent, or they can remain unsearchable.

Rogers, an 81-year-old genealogy hobbyist, said that was the best balance between helping police arrest criminals and protecting privacy rights.

"Certainly there was a short-term loss but I think this is going to make us stronger," he told CNN. "Stronger ethically (and) stronger for support among people who put their information on our site. I think it's the right step to make."

The rise of GEDMatch in solving cases

Led by companies like Ancestry and 23AndMe, direct-to-consumer DNA technology spread as a way to learn about one's family history by spitting into a tube. More than 1.2 million DNA kits have been uploaded to GEDMatch, a free website, by people who want to better learn about their genetics or connect with family members.

The power of genetic genealogy in the hands of police was made clear when it was used to arrest Joseph James DeAngelo, an elderly ex-cop, as the Golden State Killer last April.

Typically in these cases, police work with a trained genetic genealogist to put an unknown suspect's DNA into GEDMatch, which then produces a list of people related to the suspect. Genetic genealogists then build out a family tree from this information to try to identify possible people who fit the suspect profile, and police use those as leads.

The technique has helped police identify serial killers, murderers and rapists from decades ago. Parabon NanoLabs, the DNA technology company leading the way in working with police, touted earlier this month that its genetic genealogy services have helped law enforcement solve 55 cases in the past year.

"GEDMatch is absolutely the key, and had (the founders) decided that they didn't want law enforcement to use their database, we wouldn't have been able to do this," she told CNN at the time.

If you’ve ever wanted to help solve a cold case, one Utah nonprofit may have the solution.

A study released in October found that more than 60 percent of people with European ancestry can be identified by an anonymous DNA sample, simply by using data from consumer genetic databases.

This fierce debate stems from an attack last November in Centerville, Utah.

There, an unknown suspect broke into a locked church and strangled a 71-year-old woman who was alone practicing the organ, Centerville Police said. The woman survived but was left with a webbing of broken blood vessels in her neck, and her eyes were black and blue, according to an affidavit for a search warrant.

The suspect had broken into the church by breaking a window, and detectives collected blood from the suspect left at the scene, the affidavit said.

But that DNA had no matches in the FBI's national database, so the detectives contacted Parabon NanoLabs and Moore to take on the case, the warrant states.

Moore said she initially declined to help because using GEDMatch to solve an assault case would violate the terms of service.

The police detective then made a personal plea to Rogers to make an exception in this case because of its seriousness, and Rogers agreed.

"I felt people's lives were in danger," he explained.

With Rogers' express permission, Moore and Parabon then carried out the genetic genealogy analysis through GEDMatch. The analysis found that a person's DNA kit on GEDMatch was likely a great uncle of the suspect, the affidavit said. That man had a nephew who lived in Centerville who had a 17-year-old son, so police began to investigate the teenager.

The same technology used to arrest the Golden State Killer was used by Centerville police to arrest a teen accused of attacking a church organist.

When Judy G. Russell, a trained genealogist with a legal degree who writes on her website about legal issues in genealogy, learned that GEDMatch had broken the terms of service, she wrote a fiery post revoking her recommendation for GEDMatch.

GEDMatch's founders "made a decision, on their own, without consulting their users, to expose the data of those users to the police because the police made a compelling argument," she wrote. "Now it may very well be that the vast majority of those users would have agreed with that decision — if they had been asked. But they weren't asked."

She also said the site did not have the informed consent of its users to make an exception to the terms of service.

Blaine Bettinger, a professional genealogist specializing in DNA evidence and author of the book "Genetic Genealogy in Practice," wrote that informed consent of the users was necessary for an ethical and trustworthy DNA database.

"We have a system in place that has spent the past 200-plus years in thousands of legal proceedings upholding the principal that the end does not justify the means if it exceeds the power of the government or erodes the privacy of the individual," Bettinger wrote on his blog "The Genetic Genealogist."

However, Moore, who has appeared as an expert on the PBS show "Finding Your Roots" and is the chief genetic genealogist at Parabon NanoLabs, said this backlash was from a "few very vocal influencers" who blew this situation out of proportion.

"I know we can't trample on people's civil liberties, but I don't think this rose to this level of seriousness," said Moore.

Rogers said he was convinced he saved people's lives with the exception in the assault case. But in considering the thorny ethical issue — and the possibility of a damaging lawsuit — he decided to make it so that everyone would have to opt-in to being searched by police.

At the same time, GEDMatch updated its terms of service to say that police are now allowed to use its DNA database to solve all violent crimes, including non-negligent manslaughter, aggravated assault and robbery cases.

"We realized that our terms of service were too narrow. We have since expanded them so they basically are the same thing as FBI requirements for violent crimes," he said. "We had to turn down other cases that were also violent crimes, but it was apparent that we really needed to expand somehow the terms of service."

GEDMatch was useful partly because so many people were already in the database. Moore said that the opt-in change has "crippled" her team's ability to use GEDMatch and catch these killers and rapists.

"This is shocking, it was so fast," Moore said. "It was very much a rash decision in my opinion. (It was) not fully thought through."

For now, Parabon will continue to solve the cases in which they already completed the DNA analysis. But she said she was devastated for those families who might not get closure or who are still worried that a rapist or murderer won't be brought to justice.

"It's just incredibly sad for the victims, the families and society as a whole," she said.

Rogers said he wishes he had given more warning before the sudden change to the terms of service. He said about 20,000 people have opted in to being searched by police, and he encouraged more people to do so.

"We're the good guys," he said. "The bad guys are the murderers and rapists and other violent criminals out there. And hopefully we'll come back much stronger as a result of all this."