SALT LAKE CITY — A Salt Lake man was charged Thursday with fatally stabbing his housemate, who was also his landlord.

Jesse Joel Bruce, 40, is charged in 3rd District Court with murder, a first-degree felony, in the death of Cory Haney, 40.

On March 21, Salt Lake police responded to a 911 call about 1:15 a.m. on a report of a fight. When officers arrived at 797 E. Northcliffe Drive (600 North), "they could hear someone yelling 'help' from inside the residence," according to charging documents.

The front door was locked. As officers attempted to break into the house, they heard a man continuing to scream for help and saying things like, "He tried to kill me," "I killed him," and "My leg is broke," the charges state.

Upstairs, police found Bruce on the floor complaining of a broken leg, and he had a knife next to him, the charge state. While being treated for his leg injury at the hospital, Bruce allegedly said that he wanted to talk to someone.

"I just killed someone. I killed my best friend for 25 years," he said, according to the charges.

Haney, who was found deceased in another hallway, died from multiple stab wounds to his head and neck, the charging documents state. 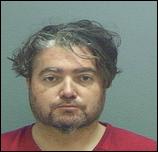 One man has been arrested in connection with the fatal stabbing of his landlord in Salt Lake City.

After his arrest, Salt Lake police said they did not believe Bruce acted in self-defense, because "based on the evidence collected from the crime scene detectives have reason to believe (Bruce) was the aggressor in this deadly confrontation," a police affidavit states.

Police say Bruce was renting a room in Haney's house, where the assault occurred, and that the two lived together. But the men already knew each other before Bruce moved in. The fight between the two was not believed to be a landlord-tenant issue, police said.

It was not immediately known how long Bruce had lived with Haney. As recently as January, court records listed Bruce's home address as being in North Ogden.

Charging documents did not give a possible motive for the killing.