How will legal medical marijuana in Utah affect the workplace?

SALT LAKE CITY — Now that the Utah Legislature has approved a compromise bill legalizing and regulating the use of medical marijuana in the state, local employers are pondering how the new law will affect their work environments.

While voters last month passed Proposition 2 legalizing medical marijuana, the Legislature approved a compromise bill Monday that made multiple changes to the ballot initiative. It superseded Proposition 2 when Gov. Gary Herbert signed the bill into law as expected late Monday.

Ryan Nelson, Utah president of Employers Council, said the impact of the legalization of medical marijuana on local employers will be similar to a previous law enacted to govern how a protected class must be treated in the workplace. The law, he said, will work much like the Americans with Disabilities Act in that it will regulate how people "who have a mental or physical impairment that is a substantial limitation of a life activity" should be treated.

"The list of qualifying conditions under the Utah Medical Cannabis Act — all of those are disabilities," Nelson said.

In Colorado, lawmakers inserted language that allowed employers to regulate workplaces as they would if they were governing the use of legal substances like alcohol, he noted.

"The guidance said treat (cannabis) like you would treat alcohol," he said. "It's a legal substance, but if your employee shows up under the influence or in possession of it, the law doesn't restrict (an employer's) ability to manage the workplace."

Gov. Gary Herbert has signed into law a medical marijuana bill to replace the ballot initiative that voters approved on Nov. 6.

Under the federal ADA, current users of a Schedule 1 substance are not protected by the law. In Utah, however, the state's version of the ADA doesn't actually say that, according to Nelson.

With medicinal marijuana being legal in Utah, some adjustments may have to be made, Nelson said, adding that employers with more than 50 workers will have to consider standards in the Family Medical Leave Act that typically deal with serious medical conditions.

"Is my employee, who has a medical cannabis card, are they also protected and covered under FMLA and, if so, what do I have to do with that?" Nelson queried rhetorically.

How employers will manage drug testing standards under the new law will also be of important consideration.

"If we legalize medicinal marijuana in the workplace, is that abuse? Probably not," he said. "If it's not, what is the impact on Utah's Drug Testing Act?" 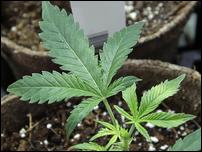 New rulings on medical marijuana use go against employers

Health care worker Katelin Noffsinger told a potential employer that she took medical marijuana to deal with the effects of a car accident, but when a drug test came back positive, the nursing home rescinded her job offer anyway.

He said special considerations will likely have to be given to people approved for medical marijuana use.

"There is a communication and branding issue that employers will have to deal with," Nelson said. "What I think would be extremely helpful is clarity in the bill that specifically addresses what an employer's rights are under this law in terms of managing drugs (or intoxication) in the workplace."

Nelson said the state will need to include specific language that provides clear guidance for employers and employees with prescriptions for medical cannabis that will protect the rights of both parties fairly and effectively.

"If I was an employer, the first question I would want answered is: How does this impact my ability to enforce standards in the workplace?" Nelson said.