PROVO — The group Alliance for a Better Utah hand-delivered a petition to the Utah County Commission Tuesday morning with more than 300 signatures asking embattled Commissioner Greg Graves to resign.

Graves did not attend the meeting.

Allegations that Graves sexually harassed an employee and is widely viewed as a workplace bully with explosive and vulgar tendencies came to light two weeks ago after his fellow county commissioners decided to release documents detailing a complaint against him and the ensuing investigation.

"The investigator concluded that you treated the claimant in an unfair, demeaning and offensive manner and that your behavior was consistent with the way you treat many other employees of county," said Laura Boyer, policy and advocacy fellow at Alliance for a Better Utah, as she read a letter to Graves in front of Commissioners Bill Lee and Nathan Ivie Tuesday.

"Harassment, assault and retaliation are not appropriate in any circumstance and perpetrators of such actions must be held accountable," she continued. "As our nation continues to move forward on breaking the silence of sexual misconduct, we must all commit to creating a better society."

During the meeting, Lee reported that Graves didn't attend because he had a "family matter to attend to."

The day the complaint against him was first released, Graves said he doesn't intend to resign. Since then he hasn't returned multiple requests for comment. 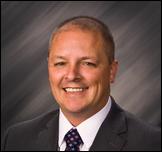 The petition with 360 signatures joins multiple other calls for Graves' resignation, including from 17 Utah County state representatives and lawmakers, the Utah County Republican Party, and Graves' two colleagues on the County Commission.

Meanwhile, former congressional candidate Tanner Ainge, a Republican, said in a Deseret News op-ed published Tuesday he's "seriously considering" running for Graves' seat in next fall's election. He said he expects to come to a decision over the holidays and make an announcement early next year.

A report detailing an investigator's findings into complaints against Graves found Graves' accuser to be "credible," but said no witnesses were located to corroborate sexual harassment claims.

But the investigator did find — based on interviews with 14 other witnesses — that Graves is "widely viewed as a workplace bully, dishonest, demeaning, intimidating, threatening and explosive," citing multiple encounters in which witnesses described Graves having angry and at times vulgar outbursts in the presence of employees.

Graves also did not attend last week's commission meeting, but he called in to participate in budget discussions. Lee and Ivie passed the county's 2018 budget Tuesday without a vote from Graves.

Under Utah law, elected officials can only be forcibly removed from office after being convicted of high crimes or certain misdemeanors.

Graves was paid nearly $120,000 in salary and more than $48,000 in benefits last year, according to the state's transparency website.