SALT LAKE CITY — Next week, Utah's lowest-performing schools will begin a new process for improving their students' academic performance thanks to a law passed by legislators this year and implemented in policy by the Utah State Board of Education on Friday.

The law presents new requirements and incentives for low-performing schools, as well as a quick turnaround for education leaders to begin administering the initiative by its Aug. 15 deadline.

Some board members were hesitant to rely solely on Utah's controversial school grading system to identify low-performing schools, as the legislation suggests, but the board voted Friday to proceed with following the Legislature's recommendation so the fast-approaching deadline could be met.

Board members left the door open to adjusting the rule next year to use other metrics, such as attendance data or the PACE report card, in calculating the lowest-performing schools.

"There was a lot of concern that this would be specific to the school grading system, which I think many people agree is maybe not the best means to measure how to identify a need for turnaround in schools, that there are other options that could be informative," said board member Brittney Cummins. "The problem that we run into is that this is very time sensitive within the next couple of weeks to implement this program."

The School Turnaround and Leadership Development Act came as follow-up legislation to the school grading system, which lawmakers enacted several years ago as a way to easily identify excelling and failing schools by giving them a letter grade, such as an A, an F or somewhere in between. 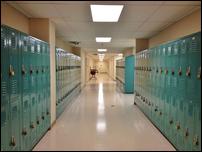 New school grades were released and with it a fresh round of criticism for a process that changes each year, leaving educators and parents searching for what it all means. (Photo: Shutterstock.com)

The new law directs education leaders to identify the lowest-performing 3 percent of schools based on elements of the school grading system, including SAGE testing and student growth for elementary, middle and junior high schools, and in addition to those metrics, ACT scores and graduation rates for high schools.

Schools that score in the lowest 3 percent on the grading system will be required to take rigorous steps to improve their performance, including hiring outside leadership consultants, reporting to the State School Board the causes of their academic shortfall, and creating plans to address the problems.

If schools that participate in the program fail to improve their performance by at least one letter grade within three years, the State School Board may further restructure the school's administration. The board can also close charter schools that fail to show improvement in that timeline.

State education leaders have been largely supportive of the initiative, hoping it will bring a new approach to help troubled schools that have shown little improvement from past turnaround programs, according to state Superintendent Brad Smith.

"We had copious school improvement plans, which often neglected any kind of root cause analysis, and there was often total incongruence between what was really happening in the school and what the plan would call for," Smith said. "And as a result, you saw the expenditure and use of great sums of money to relatively little effect in many instances."