Where does 'Mission: Impossible - Rogue Nation' rank in the series?

Clocking in as the fifth movie of the series, McQuarrie's vision is a welcome one, raising the stakes on many of the elaborate stunts fans have come to expect while also contributing a worthwhile story to the Ethan Hunt chronicles.

As usual, let's talk about the highlights.

Love him or hate him, Tom Cruise is one of the most dedicated action stars working today. Even if we ignore his climb at Dead Horse Point or his hang from the Burj Khalifa or his latest sticking-to-a-moving-airplane stunt, Cruise is physically doing in his 50s what most men do in their… well, they never actually do it. The vast majority of human males will live and die physically inferior to a 53-year-old Cruise.

"Rogue Nation" places an exclamation point on that sad reality, revealing stunts and physical feats that will cause audible disbelief from its audience. The action is steady and the creative ways in which they reinvent tired sequences, such as a car chase, are definitely worth the price of admission. But while the new and fast energy injected into Mission: Impossible is a definite selling point, it's Cruise's insistence on doing many of his own stunts that will elevate your movie experience from fun-action-ride to Evil Knievel highlight reel.

At its core, "Rogue Nation" keeps pace with the classic Sherlock-Holmes-vs.-Professor-Moriarty drumline, and that's a good thing. Throwing another world-saving heist at Ethan Hunt (Cruise), who over four previous films has become the stuff of legend, could've simply become white noise in a rapidly growing franchise.

But because "Rogue Nation" introduces Hunt's sinister and ghostly equal, and then allows a plot to develop where neither Hunt nor his team can ever shake the feeling they're being manipulated, this new story is able to distinguish itself from its predecessors.

It should be noted though that while the Moriarty factor is one of the film's greatest strengths in terms of story, it also stumbles a bit when it comes to casting. Sean Harris could've played any number of generic Hunt antagonists in some future chapter, but as the pathological genius playing chess with the greatest world super spy in this particular universe, his performance feels a bit lackluster.

As an audience member, you'll simply chalk this up to a missed opportunity. The rest of the "Rogue Nation" ride is so fast and so fun, devoting your brain to something shinier won't be hard to do whenever you start to question Harris' intimidation factor.

As the series goes 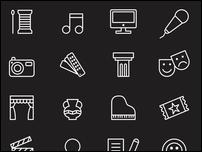 Looking for news about local music, art, cultural events or for movie reviews that have Utah's values in mind? Check out KSL.com's Arts & Entertainment section.

The Mission: Impossible movies really seemed to find their groove around "Mission: Impossible III," when Philip Seymour Hoffman gave the series its first truly terrifying villain. The follow-up, "Ghost Protocol," is considered by many fans to be the best overall film of the four, and now "Rogue Nation" steps in trying to marry the fun of the fourth film with a villain equal to the third.

As a result, this ends up being a classic case of aiming for the sky so when you miss, you still end up hitting something really tall. "Rogue Nation" definitely doesn't have a villain worthy of challenging Hoffman to an evil-eye staring contest, and it doesn't feel as polished as "Ghost Protocol," but it gets pretty close. As a result, most fans will probably find "Nation" battling it out for bronze with the 1996 original.

"Rogue Nation" may not be the strongest in the Mission: Impossible lineup, but it's definitely a highlight, and a really fun one at that. Returning members such as Cruise, Jeremy Renner, Simon Pegg and Ving Rhames do their part to remind us why we keep coming back to the series, and newcomers Rebecca Ferguson and Alec Baldwin gives us hope for future installments.