DELTA — Police in this rural town say they are investigating hate crimes after a gay man was targeted in ugly cases of vandalism, burglary and assault.

Rick Jones, 22, was assaulted in late April while working in his family's restaurant, Grand Central Station, 69 S. 300 East. Jones was alone that night when someone came in and hit him over the head. In addition to being beaten, a death threat and a gay slur was carved into his arm while he was unconscious, investigators said.

About $1,400 was also stolen from the restaurant's safe, according to Jones.

"I think someone is using this as psychological warfare against my family," said Jones, who was hospitalized with a concussion following the assault.

Jones identifies himself as gay but said he has been private about his lifestyle. He questions, however, whether the attacks against him are motivated solely against his sexuality.

Since April, graffiti that has appeared on the business and at Jones' home has also included threats and slurs, Dekker said. The restaurant was burglarized and vandalized and cash was stolen in one incident.

Late Wednesday, a rock and a Molotov cocktail were thrown through Jones' bedroom window, setting the room ablaze. Jones quickly grabbed a fire extinguisher and put out the fire before it spread.

"(The rock) had some writing on it that referenced homosexuality and they also painted on one of the side doors of the home," Dekker said.

In all of my years I can't remember anything like this ever happening before, so it's something we want to get a handle on as soon as we can.

The sheriff's office is investigating several leads and is offering a reward for information about the crimes. The sheriff called the case a priority for his agency, which has assigned multiple detectives to the investigation.

"In all of my years I can't remember anything like this ever happening before, so it's something we want to get a handle on as soon as we can," Dekker said.

In the meantime, the Jones family's pizzeria has been bustling with supportive community members. The Baptist family has lived in Delta for almost 30 years and opened the restaurant about six months ago.

Delta residents have approached the family to offer support, prayers and sympathy, Jones' mother and sister said between taking orders at the restaurant Friday.

Terri Jones, Rick Jones' mother, said she and her family refuse to be intimidated by the frightening attacks. 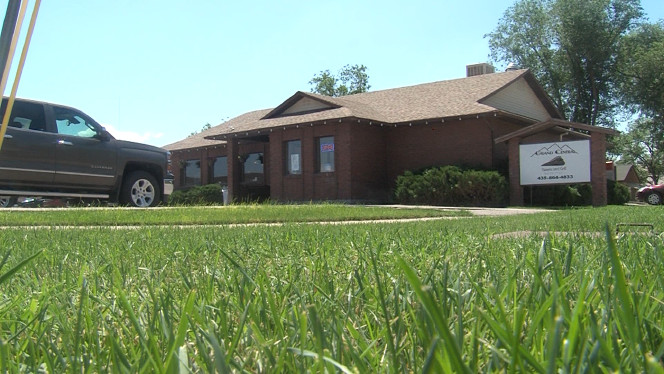 The family is especially appreciative of law enforcement who they say have been supportive and diligent in investigating the case, keeping the family updated about any developments.

"When you're chasing a ghost, it's a little difficult to know what you're looking for," Terri Jones said. "That's kind of how we feel. … I would not even know where to begin."

Utah Lt. Gov. Spencer Cox, who is from central Utah, issued a statement Friday committing support to the investigation.

"I was horrified and heartbroken to learn of this cowardly and barbaric assault. The Jones family is an upstanding, well-respected and beloved part of the Delta community," Cox said.

"I have reached out to the family and expressed our deepest concern, solidarity and love. This will not stand. I believe that over the coming days we will see an unprecedented outpouring of love and support from every corner of our great state. That is the real Utah."

A $5,000 reward was offered Friday by the Utah Gay and Lesbian Chamber of Commerce for new information that leads to the apprehension of those responsible for the attacks, according to the group's communications manager, Turner Bitton.