KSL Investigates: Who makes the most in our public schools?

10PM: KSL Investigates: Who makes the most in our public schools?
Debbie Dujanovic

MAGNA — For Cyprus High's principal, the day begins before sunrise.

“The first thing before school, it’s about the only quiet time,” Rob McDaniel said as he stepped inside his alma mater in Magna.

“People think administrators just deal with discipline,” McDaniel said. “There are days we spend a long time dealing with discipline but the bigger things we do are getting people into classes, making sure we know what kind of teaching is going on.

“There’s a balance with the job, from being reactive to proactive. Our calendars are filled.”

Cyprus High currently has about 1,800 students. In these hallways nearly three decades ago, McDaniel forged a bond with the school’s then-assistant principal.

“He was one of my heroes; I thought I could be like that guy someday,” McDaniel said. “I always wanted to be a vice principal but being a principal is better. You have a little more control. You work with teams to try to make a difference.”

From the early mentor, McDaniel kept the open-door policy for students and parents. “The best part of the day is having a student come up to you and give you a high five and tell you their day is going well,” he said. “You’re just hoping you have enough influence to keep them in school and going to college — giving them some kind of opportunity to help them turn things around in their life.”

Before a career in education, McDaniel was a stand-up comedian. The change brought a steady paycheck: $19,000 at first, according to McDaniel. A KSL state records request with Granite School District shows Cyprus High’s second-year principal made $96,248 in base salary last year.

He was one of my heroes; I thought I could be like that guy someday. I always wanted to be a vice principal but being a principal is better. You have a little more control. You work with teams to try to make a difference.

On this Tuesday night, McDaniel day ended at 10 p.m. after closing night on the school’s play. Afterwards, the principal mingled with parents and students. For 15 ½ hours, McDaniel was on campus. Another pre-dawn arrival back at Cyprus High awaits tomorrow.

The latest U.S. Census Bureau report puts Utah at the bottom for spending — both in the classroom and in administration costs. Utah spends $447 in per student administration spending, the nation’s lowest.

Utah spent $2,397 in instructional salaries per student according to the report, also the nation’s lowest.

“I think people have this perception that we’re top-heavy and these people are making a lot of money,” Horsley said. “We’re not paying market value for employees. If we were, we’d be paying higher salaries. Not just for teachers, but administrators as well.”

In the Granite School District, six employees earn over $100,000 in salary, without bonuses or benefits factored in. Superintendent Martin Bates paces the district’s list at $207,431.

“If you look at his salary as the CEO of the school system, his salary is not nearly commiserate with what other top-10 employers’ CEOs are making,” Horsley said. "I’m not complaining about his salary, but I’m saying it’s not indicative of what the market would bear in the market sector.”

Added Horsley: “When Granite’s last (superintendent) opening occurred, we had only a handful of candidates despite the fact we were soliciting candidates nationally.”

Would salary cuts hurt Utah's ability to hire and retain the best?

“All school administrators are salaried employees, so that means they are hired to get the job done no matter what amount of time it takes,” Alpine School District spokesperson John Patten said. “If we’re not somewhat in the ballpark with other comparable positions, then we really lose on any competitive edge we have to hire and retain the best.”

The state’s superintendent of the year in 2008, Henshaw has spent 38 years in public education. He recently announced his retirement.

Compared to the highest earners in Arizona and Nevada from school districts with similar budgets, Henshaw’s base pay is comparable: the highest-paid in Mesa, Arizona, made $180,000 last year while a Washoe County, Nevada, superintendent made $269,980.

“Would cuts to those salaries bring on a new problem of being able to retain and hire the best?” Patten said. “It takes about five minutes in a school to understand the complexity of the job and the many hats all of us wear.”

Who are the high-earners in your school district? What do they make?

Check out the database below 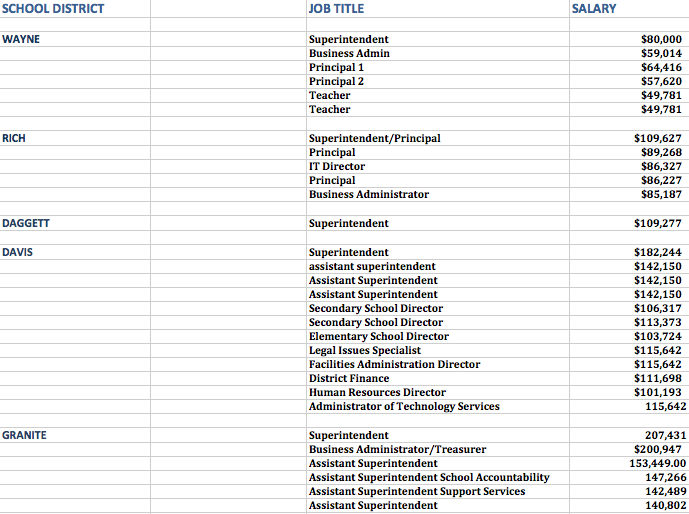 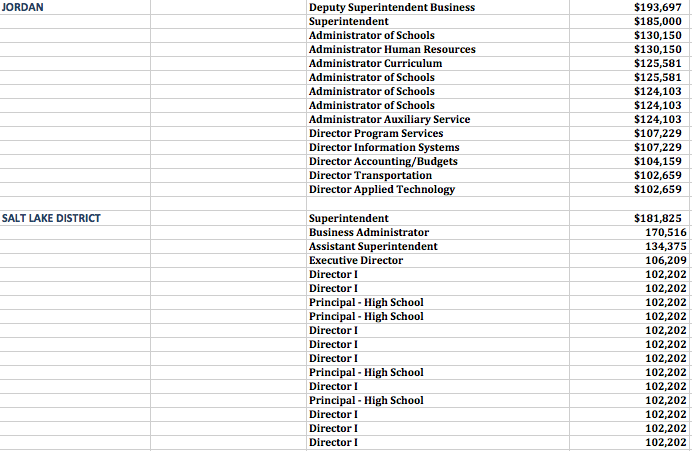 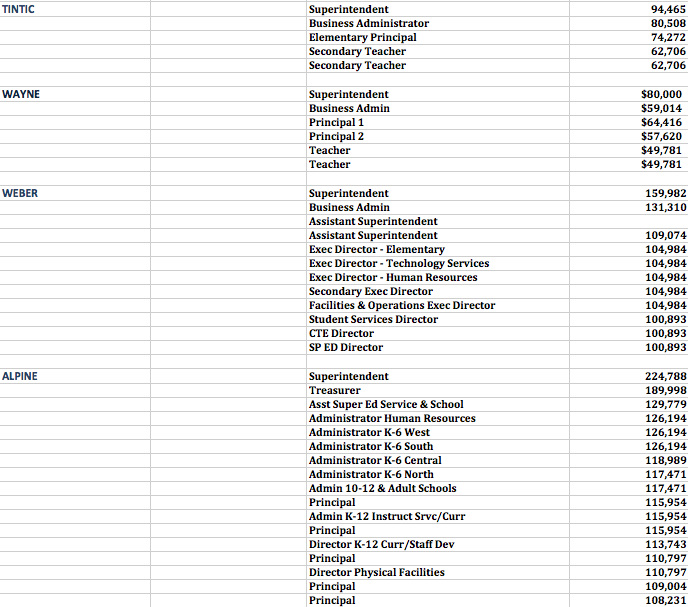 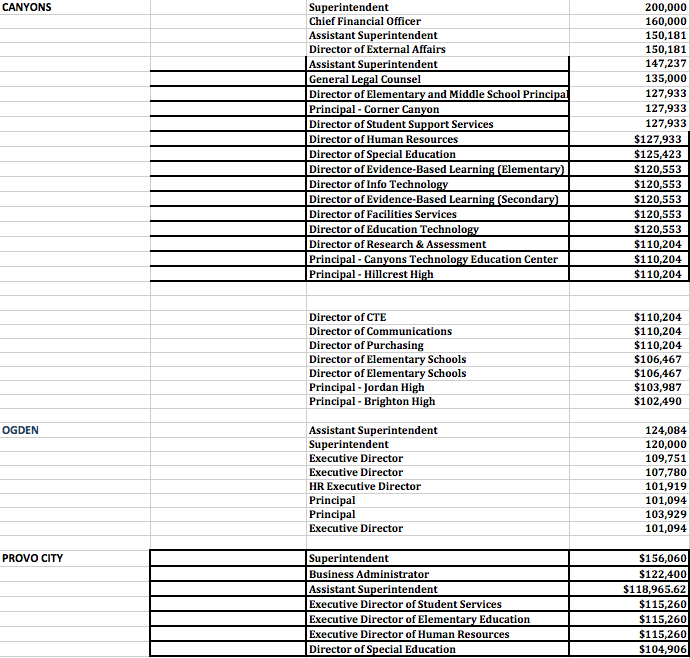 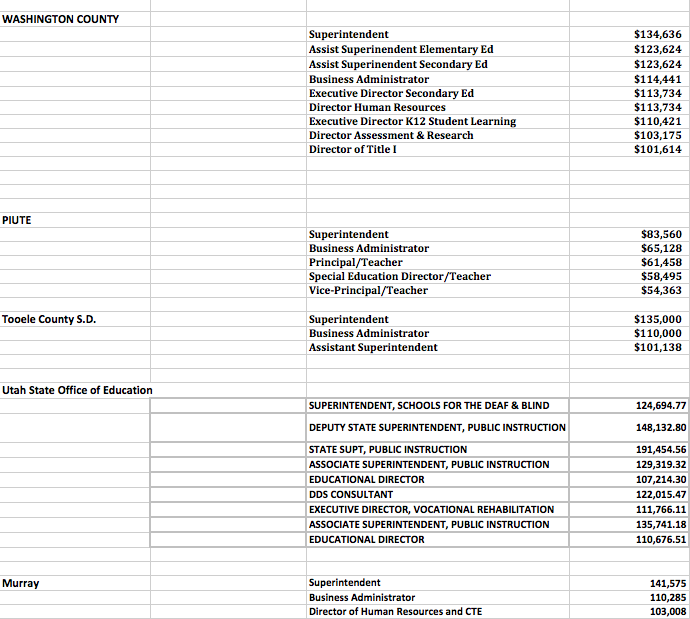 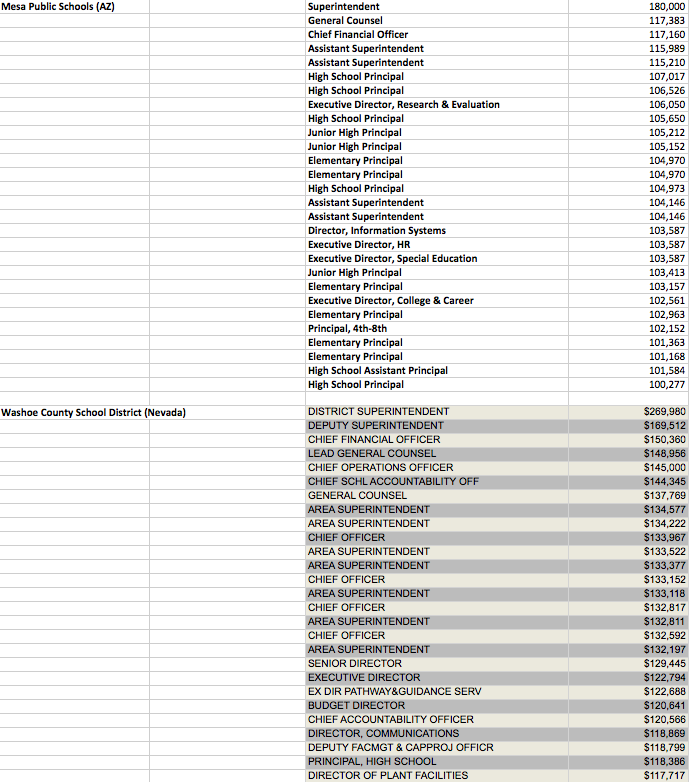 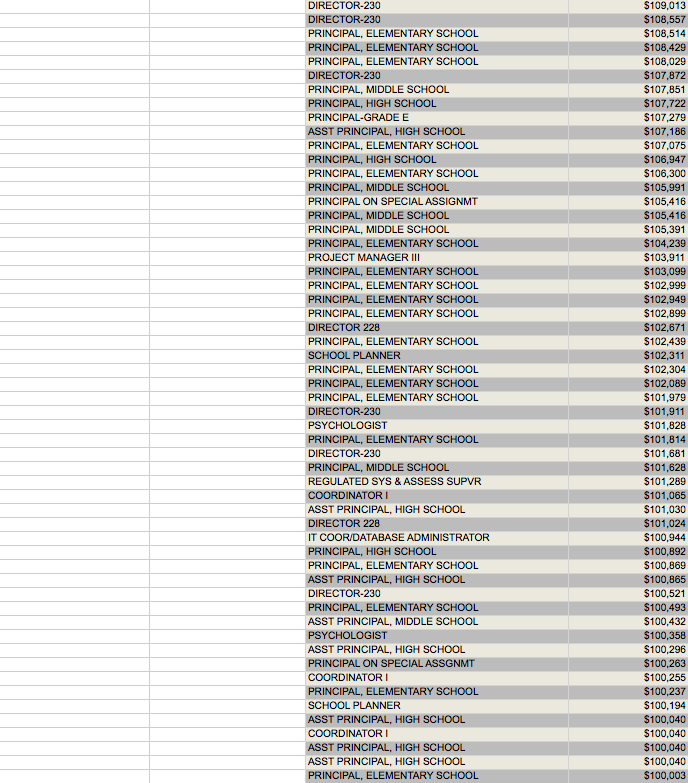