OREM — Two Utah County gun owners shot and killed unarmed people over the weekend — one during a carjacking and the other during a home break-in — sparking questions about residents using deadly force.

There's no question in state Rep. Paul Ray's mind that both shootings were justified, and he suggested the man who shot the would-be car thief deserves an award.

"If somebody jacks your car and you're armed, you have the right, if you feel like your life is in jeopardy or somebody else's life is in jeopardy, to use that," the Clearfield Republican said. "And especially with the home invasion, I'm 100 percent certain that individual did the right thing based on the situation unfolding in front of him."

Deadly force is justified if a person reasonably believes it is necessary to protect themselves or another person from death or serious injury or to prevent a forcible felony, which includes offenses against property, according to state code.

But just because someone has a gun, should they pull the trigger if they find themselves confronted with what appears to be a bad guy? Do such incidents perpetuate an image of Utah as the Wild West?

"What I think it perpetuates is we have a right to protect ourselves and protect our properties," said Ray, one of the Utah Legislature's most ardent gun rights supporters.

But the mother of 26-year-old Taulagi V. Matafeo, of Springville, says the man who shot and killed her son in an Orem grocery story parking lot is "not a hero nor is he a traitor. He was someone who shot a defenseless man."

Still, she says she recognizes the right to own a gun.

"Remember that owning a gun comes huge responsibility, the individual who shot my son will now have to carry that burden with him forever," she wrote to Orem police. "He shot someone's son, father, brother, uncle, someone who was loved tremendously."

Remember that owning a gun comes huge responsibility, the individual who shot my son will now have to carry that burden with him forever.

Orem Police Lt. Craig Martinez would not release the woman's name or the name of the 31-year-old man who shot her son.

The shooting occurred just after 11 a.m. Saturday when police say Matafeo tried to steal a woman's car outside Macey's, 880 N. State in Orem. The man was parked near the woman and overheard her screams as Matafeo pulled her out of her Mercedes SUV. He ran to her aid with his gun drawn.

"I had a concealed carry weapon. I went up and pointed the gun at him. He put his hands up and came out of the car and tried to grab the gun from me, and I shot him," the unidentified man said in a 911 call.

Matafeo died from a single gunshot to the chest, police said.

His mother says he wasn't perfect and he struggled, but was surrounded by loving people who were trying to help him.

"He did not attack or even have a weapon. He was scared and panicked and just trying find a way to get home," she wrote. "He wanted to be happy, and for the most part he was." 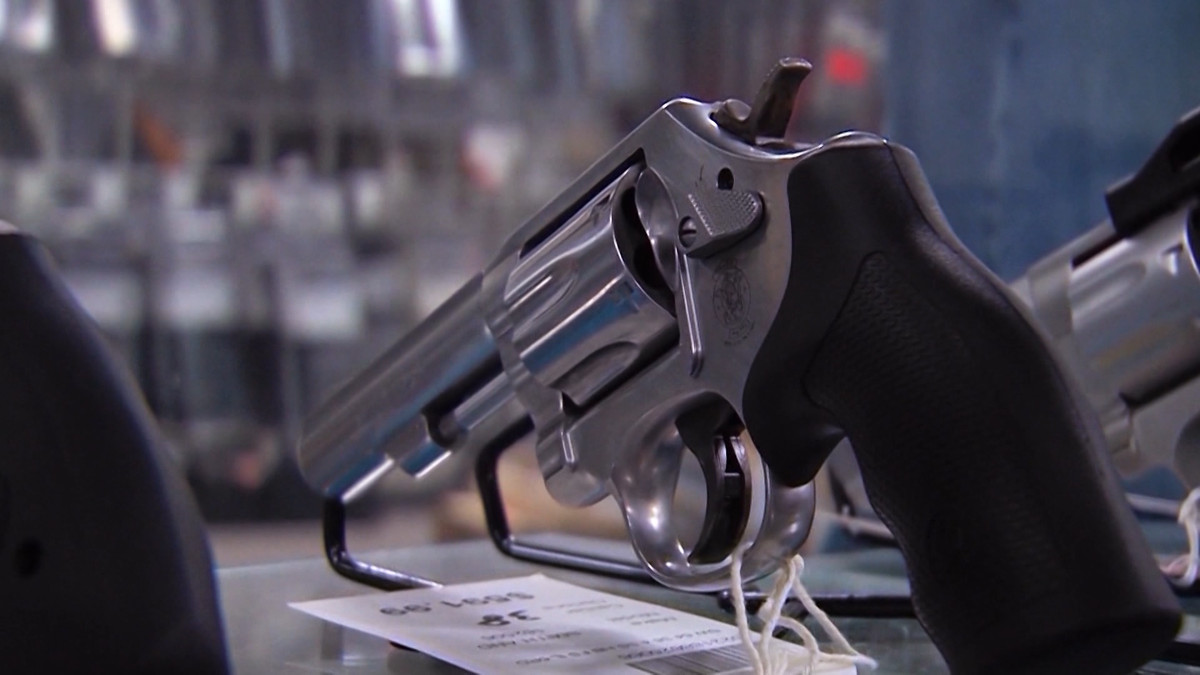 In Pleasant Grove, a homeowner killed 24-year-old Christian Chichia, who police said tried to break into a townhouse in the area of 1700 West and 60 South about 5 a.m. Sunday.

Chichia began pounding on the front door of the house, awakening and alarming the homeowners, Pleasant Grove Police Lt. Britt Smith said. After he couldn't get in the front door, he climbed to a second-story balcony and tried to get in a door.

The homeowner, whom police have not publicly identified, armed himself and went to the balcony door. He unlocked the door to talk to the man. Chichia tried to push his way inside and the homeowner shot him once in the chest, Smith said.

Chichia had moved into another townhouse a couple of buildings down about two weeks ago, but he and the homeowner weren't acquainted, according to the lieutenant.

One theory is that Chichia, who police say had been drinking, thought he was at his own house.

"I think it's probably a pretty logical conclusion to jump to," Smith said. "We never really will know what his intent was at that residence. All we really know is that he was intent on getting inside. We don't know why."

Both Smith in Pleasant Grove and Martinez in Orem said they don't anticipate criminal charges will be filed against the shooter in either case. 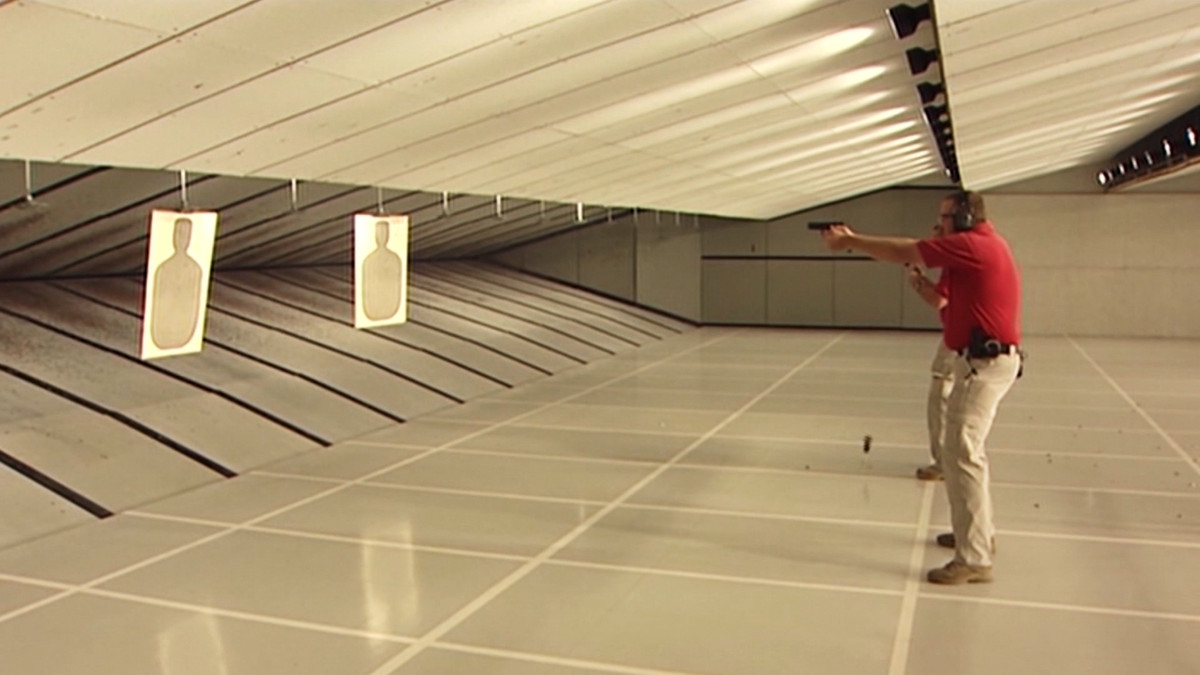 Steve Gunn, a board member of the Gun Violence Prevention Center of Utah, said gun owners generally don't have adequate training to handle those tense situations. Firearms in a home or vehicle, he said, are more likely to be misused to harm innocent people than used properly to protect people from violence.

Still, he said he could hardly criticize the passer-by who prevented a carjacking or the man who stopped a home invasion.

"I don't think you can say guns are all good or all bad," Gunn said. "For the couple who thwarted the home invasion, it was a good decision. For the parents of children whose child was shot accidentally in the home because the gun was not properly stored, it's not a good decision."

I don't think you can say guns are all good or all bad. For the couple who thwarted the home invasion, it was a good decision. For the parents of children whose child was shot accidentally in the home because the gun was not properly stored, it's not a good decision.

Utah allows people to openly carry guns without a permit and to carry them concealed with a state-issued permit.

One of the reasons the state lets residents carry guns is because it prevents crime, according to Ray.

"That's something criminals in Utah need to think about," he said. "We do have armed citizens and if you're going to do something stupid, the end result could be you die."

Ray said he wouldn't "hesitate for a minute" to shoot someone trying to break into his house.

Smith said it's difficult to say how people should deal with an intruder because each situation is different. He recommends calling police immediately "so that we can put ourselves in harm's way. That's what we do."

People, even if they are armed, should get their family together in a safe place and not make contact with a burglar, he said.

Still, Smith said homeowners have a right to defend themselves and their families in their own homes.