National Prayer Breakfast: A day of 'Slowing down and pausing for fellowship and prayer'

6PM: National Prayer Breakfast: A day of 'Slowing down and pausing for fellowship and prayer'

5PM: National Prayer Breakfast: A day of 'Slowing down and pausing for fellowship and prayer'

WASHINGTON — Members of congress, the President and a variety of religious leaders — including an apostle from the Church of Jesus Christ of Latter-day Saints — began the day with a National Prayer Breakfast in Washington D.C. Thursday morning.

The breakfast, held annually, has been a national tradition since 1953.

LDS Apostle Elder D. Todd Christofferson attended the breakfast. Following the event, Christofferson said he was most impressed that elected officials were willing to join with religious leaders across the world for a day of prayer, setting aside their political differences for day.

President Barack Obama’s message to the group focused on spreading goodwill around the world.

“Slowing down and pausing for fellowship and prayer — that's what this breakfast is about,” Obama said at the event. “Whatever our beliefs, whatever our traditions, we must seek to be instruments of peace, and bringing light where there is darkness, and sowing love where there is hatred.”

As President Obama addressed leaders of many denominations gathered in Washington D.C., it was an opportunity for all to reflect on faith.

"I was impressed with the president's remarks about coming together in humility, acknowledging the sovereignty of god, our need for him, and I thought very heartfelt remarks about faith,” Christofferson said.

Christofferson was among the LDS leaders who last week stated the Church's position in favor of balancing bills protecting religious freedom with anti-discrimination laws for LGBT people. He said he was glad to see the President address religious freedom on behalf of all people of faith. 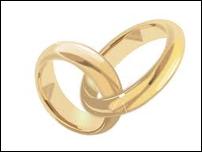 A new <a href="http://ap-gfkpoll.com/" rel="nofollow">Associated Press poll</a> shows that 57 percent of Americans believe wedding-related businesses should be allowed to deny service to same-sex couples for religious reasons &mdash; the poll also found 44 percent of Americans favor, while 39 percent oppose same-sex marriage in their own states.

"There is broad general agreement all across the board that this is a critical value, a critical foundational value for our society and for other places too. It is something we value around the world,” Christofferson said.

Christofferson said it was inspiring to attend the prayer breakfast, including to see Dr. Kent Brantly honored, who contracted Ebola on a Christian health mission last year while caring for patients in West Africa.

"There are any number of people of goodwill who have tried to be good Samaritans and serve their fellow man and to see that that's prized and valued by the political leaders as well is really heartening to me," Christofferson noted.