PROVO — Becky Lockhart, the first woman to serve as Utah House speaker, will be remembered as an intense and ambitious leader who was passionate about the legislative process.

Lockhart, 46, died at her home Saturday from an unrecoverable and extremely rare neurodegenerative brain disease. She leaves behind her husband, Stan, a former Utah Republican Party chairman, and their three children, Hannah, Emily and Stephen.

"She was at peace and surrounded by her family," said longtime friend Sen. Curt Bramble, R-Provo, who has acted as the Lockhart's family spokesman since word came out that she was ill.

"It's a credit to world-class doctors and Becky's indomitable spirit that they were able to have these past days together with her," Bramble said. "The outpouring of prayers and positive thoughts continue to help sustain the family, and they thank everyone for their support."

At a news conference Saturday at the University of Utah Hospital, where doctors detailed the disorder that struck Lockhart in November, Bramble said she'll "be remembered as one of the great leaders of Utah."

He called Lockhart Utah's "Iron Lady" and said she "didn't rule with an iron fist per se, saying, 'My way or the highway.' She's a very strong lady, but one of her strengths was to allow her colleagues to be the best that they could be."

There is no cure or treatment for the rare, fatal brain disorder known as Creutzfeldt-Jakob Disease or CJD. Only 300 new cases are diagnosed in the United States each year.

Tributes to the former Speaker

Tributes to Lockhart's 16 years in the Utah Legislature, including four years as speaker, poured in from Republican and Democratic leaders around the state after her death was announced Saturday afternoon.

Gov. Gary Herbert said Utah "is a better place because of the service and sacrifice" of Lockhart and her husband. Even though in her final legislative session last year Lockhart and the GOP governor were often at odds, he said she was an inspiration.

"While first and foremost a wonderful wife and mother, she was also a remarkable role model, particularly to the untold numbers of women who were inspired by her example to be involved in public service," Herbert said. 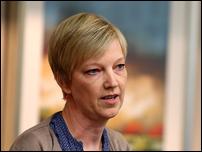 Doctors say Creutzfeldt-Jakob Disease, CJD, struck former Utah House Speaker Becky Lockhart in November. The rare and fatal brain disorder occurs worldwide in one case for every 1 million people. There is no cure or treatment.

Attorney General Sean Reyes, a close friend to Lockhart, posted a picture taken with her on his Facebook page and wrote that she "was like a big sister (by only a few years, she would remind me)."

Reyes said he was "simply crushed" by the loss of someone who could be "running crazy" but would still make time to meet with Utahns to talk about the issues that concerned them.

"She was inspirational then and now," the attorney general said. "I will miss her deeply."

Rep. Mia Love, R-Utah, recalled Lockhart's own words about the need for women to speak out even if some people are made uncomfortable. Lockhart said, "until we are heard for our ideas and not viewed as tokens, that's the price we'll pay."

Love said those words as well as Lockhart's actions helped inspire her and other women.

"Because of Becky's courage, many of Utah's mothers and patriots across the country have found our voice and are willing to pay the same price for life, liberty and the pursuit of happiness."

Few in this state will ever fully appreciate Becky Lockhart's efforts on behalf of the citizens of Utah. Her unwavering committment to Utah's schoolchildren, economic development and the bolstering of Utah's transportation infrastructure will be felt for generations.

"Utah lost one of its finest today," Hughes said. "Few in this state will ever fully appreciate Becky Lockhart's efforts on behalf of the citizens of Utah. Her unwavering committment to Utah's schoolchildren, economic development and the bolstering of Utah's transportation infrastructure will be felt for generations."

House Minority Leader-elect Brian King, D-Salt Lake, said Lockhart did the title of the state's first female House speaker proud, serving "with exemplary committment, and shared with us a vigorous vision for a better Utah."

For House Minority Whip-elect Rebecca Chavez-Houck, D-Salt Lake, Lockhart "will stand as an amazing example to young women across Utah on the importance of women in community service, elected or otherwise."

Utah Republican Party Chairman James Evans said Lockhart "made history and made Utah a better place. She will be remembered for her distinguished service to our state and dedication to her family and friends."

And Utah Democratic Party Chairman Peter Corroon called Lockhart "an icon, a role model and a stateswoman at a time when too many are focused on politics. All Utahns could count on her to listen and ensure that everyone had a seat at the table."

An unusual rise to political power

A nurse with a degree from BYU, Lockhart launched what turned into a political career by attending a Republican caucus meeting in 1990, when she was just 21 years old.

In 1997, her first attempt to secure a seat in the Legislature ended with someone else being named to fill a House vacancy. But a year later, it was Lockhart who was elected to represent the Provo district in the GOP-dominated Legislature.

Her ascension to one of the state’s most powerful political positions came in 2010, when Lockhart, then majority assistant whip, surprised many by challenging then-House Speaker Dave Clark and beating him by a single vote. 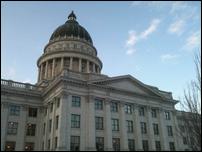 Utah's political leaders are mourning the loss of their friend and college, Becky Lockhart. Many issued statements of condolence Saturday, along with tributes to the life and political career of Utah's former Speaker of the House.

It was Lockhart’s frustration with what she saw as a series of House speakers exerting too much power over the legislative process that fueled her political risky decision to take on a sitting speaker.

As speaker, her daily media briefings during the past four annual legislative sessions sometimes sounded more like a lecture on how government should function than an attempt to promote her position.

While she didn’t shy away from sharing her opinions, Lockhart strove to let other legislators speak for themselves. Lawmaking, she believed, should be a collaborative and open process that allows all ideas to be heard.

She dealt with the corruption allegations that surfaced in 2013 against then-Attorney General John Swallow by supplying lawmakers with details about impeachment and then held an open Republican caucus to make the decision about moving forward with an investigation.

Lockhart was said to be considering a run against Herbert and did not seek re-election in 2014. She made headlines by labeling the governor an “inaction figure” in her opening address to the House last year.

But after such a public confrontation, Lockhart was unable to gain support for what was supposed to be her legacy initiative, a nearly $300 million plan to replace textbooks with tablet computers in classrooms around the state.

Life after the Legislature

After the session, she applied to become the new state superintendent of public schools but did not make the finalist list. She had said she hoped to continue to push for technology initiatives in public schools, but otherwise her plans for the future were unclear.

Lockhart was usually measured in her emotions, but her voice broke at her final legislative meeting as speaker in December while recalling how a retiring budget analyst suffered a heart attack prior to the legislative session and drove himself to the hospital.

“You’ve been tremendous. You’ve truly been a pioneer, a leader. And from all accounts I’ve heard in the House, a wonderful speaker in the House, very fair and a listener,” Jones said.

A year ago, Lockhart was juggling preparations for what she had already decided would be her final session of the Legislature with helping to plan her daughter Emily’s wedding.

Now, Hughes is readying a tribute to Lockhart on the opening day of the 2015 Legislature on Jan. 26. A service honoring her at the state Capitol is being planned for next week.

Before her death, Hughes, who served under Lockhart as House majority whip, described her sudden health crisis as surreal.

“This is where politics starts to feel secondary, and you start to feel like a family,” Hughes said. “You sit up in that Capitol during a general session, and you’re there 12 hours a day, and you’re eating together and you’re debating together. I can’t describe the kind of bond that you form in experiences like that.”