5 sci-fi movies to watch on Netflix 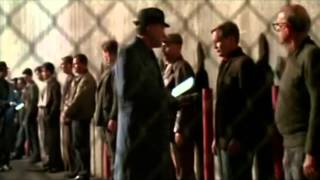 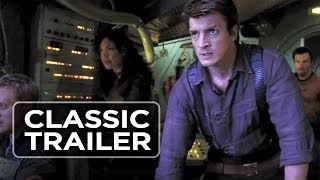 Close Encounters of the Third Kind

THE FUTURE — The sci-fi flick “Transcendence” starring Johnny Depp comes out this week, and we thought we’d take a look at what sci-fi movies are worth watching on Netflix streaming.

For those who have Netflix streaming, you know that the “Sci-Fi” tab is pretty much as terrifying and unpredictable as opening a door where you know a massive bear is on the other side.

Well, we took that chance and found some gems in there that are worth streaming.

The 1997 film “Gattaca” stars Ethan Hawke, Uma Thurman and Jude Law and it will mess with your noggin.

In the future, everyone is genetically altered from birth to fulfill certain roles in society, and one genetically inferior man assumes another’s identity to fulfill his dream of space travel.

The movie is different and a little strange, but it’s also intriguing and thought-provoking.

I can’t guarantee everyone’s going to love this movie, but sci-fi fans should be happy with the choice.

“Gattaca” is rated PG-13 and has a 14+ age appropriateness level on OK.com with a 100 percent worth your time rating.

There’s no two ways about it, “The Fifth Element” is strange.

The film stars Bruce Willis as a cab driver who unwittingly ends up harboring the most powerful element in the universe.

The film is out there, but for sci-fi lovers it’s a fun, strange and wild ride.

Gary Oldman is brilliant as the villain, and even an obnoxious Chris Tucker gets you smiling at times.

“The Fifth Element” is rated PG-13 and is not meant for young audiences. It has an age appropriateness level of 14+ and a 56 percent worth your time rating. The 56 percent isn’t surprising considering this film is for a pretty specific audience.

“Serenity” is the full-length film for the short-lived TV series “Firefly,” and it’s a fan favorite.

The film is like a Western, which happens to take place in space, and it’s a blast.

The film was written and directed by Joss Whedon, who made what appears to be everyone's favorite film, “The Avengers.”

“Serenity’ is just a fun action film that will have you on the edge of your seat and laughing. Another great thing about the movie is that you don’t have to be a fan of the series to appreciate it.

“Serenity” is rated PG-13 and has a 15+ age appropriateness rating with a worth your time rating of 88 percent.

The 1994 film “Stargate” inspired several cult TV shows that have become a staple at comic conventions around the world.

The film stars Kurt Russell and James Spader as they travel through an interstellar teleportation device that throws them into another world that resembles ancient Egypt.

The film isn’t perfect, but it’s a fun sci-fi actioner that is worth your two hours if you’ve got nothing else to do.

“Stargate” is rated PG-13 and has an age appropriateness level of 14+ and 75 percent worth your time rating.

Close Encounters of the Third Kind

In 1977, Steven Spielberg gave us the sci-fi classic “Close Encounters of the Third Kind” and luckily for us in 2014, it’s now streaming on Netflix.

The movie stars Richard Dreyfuss as a man who can’t help but feel drawn to an isolated area in the wilderness after he experiences an alien encounter.

The movie is a fun ride back in time when Steven Spielberg was making family blockbusters that we couldn’t help but fall in love with.

If you’ve never seen “Close Encounters of the Third Kind,” do yourself a favor and watch it. It’s considered a classic for a reason.

“Close Encounters of the Third Kind” is rated PG and has an age appropriateness level of 10+ and has a 100 percent worth your time rating.

Here are few other sci-fi flicks streaming on Netflix: