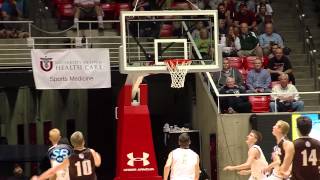 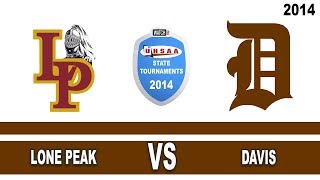 The Knights also got 20 points from sophomore Frank Jackson, who put his team ahead for good in the fourth quarter.

Elijah Kletzli led Davis with 23 points and 11 rebounds and Abel Porter added 14 including 3-of-6 shooting from the three-point line.

The Darts went on a 10-0 run to take a one-point lead with less than four minutes left in the game. The Knights, however, responded with Jackson and Haws combining for an 8-0 run to put Lone Peak ahead for good.

There has never been a school in state history that has won four consecutive boys basketball state championships, and Lone Peak is one win away from becoming the first to accomplish that feat.