PROVO — Promoting adventure, good character and responsibility was important to Scouting's "founding father" as he tried to create an organization to help young men, according to documents being preserved by Brigham Young University.

Robert Baden-Powell began the British Scouting Association, the grandfather to Scouting organizations like Boy Scouts of America, in the early 1900s. BYU is digitizing personal papers that reveal his initial ideas for what he hoped the organization could become.

“What brought home to me why these were so important was when I saw how much time he put into essentially a boy’s organization,” said BYU historian Paul Kerry. “He wanted a place where boys would learn to work together and build character."

From Baden-Powell's first draft of the influential "Scouting for Boys," the ideas that boys should be on their honor and do a good turn daily were present, Kerry said. He also emphasized the importance of having respect for others and nature. 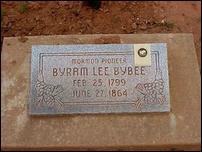 A ghost town campout led one scout leader to a family history discovery years in the making.

“His vision was the driving force to the creation of the Scouting movement,” Kerry said.

Kerry saw a need to digitize the documents when he read them at the headquarters and noticed how fragile the documents, some of which are more than 100 years old, had become. He suggested that BYU might be interested in digitizing the papers to the BSA and a partnership was formed.

Two students and a supervisor from BYU's library traveled to Baden-Powell's manor in England, which serves as the BSA's headquarters, to digitize 41 boxes of the delicate documents. Images of his personal papers and letters will become available online in a few months when the project is completed.

Researchers found themes like adventure also popped up repeatedly, with a rough draft including literary excerpts from authors Alexander Dumas, James Fenimore Cooper and Sir Arthur Conan Doyle. Kerry said one of Baden-Powell's favorite books was "Peter Pan" and that his playbill from one of the initial theatrical productions in London is included among the documents.

I think he saw that boys need leadership and moral guidance.

“He also believed in the power of adventure stories, so in his initial draft he was reading lots and lots of adventure stories and you’ll see in the original Scouting handbook references to adventure writers because he think that’s what captures boys' imaginations," Kerry said.

He said the documents show Baden-Powell was meticulous in the details of his letters and planning for the organization and was always looking to improve. Baden-Powell wanted Scouting to be available to people of all backgrounds, according to Kerry.

“I thought it was fascinating because he said he wanted shop clerks, boys from the working class, to mix with boys who have an elite background,” he said. “He said, 'I want a space where they’ll mix together and they’ll get on together because they’re building character.' I think he saw that boys need leadership and moral guidance.”