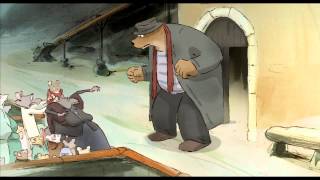 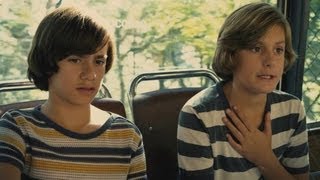 PARK CITY — In addition to the feature films, documentaries and shorts slated to screen at next month's Sundance Film Festival, a special selection of content aimed at younger audiences will premiere as part of the new Sundance Kids section.

Sundance officials announced Thursday the creation of Sundance Kids, which is being programmed in partnership with the Utah Film Center's Tumbleweeds program.

The new section will debut during the 2014 festival and will feature the world premiere of "Ernest and Celestine," about a mouse who forms an unlikely bond with a bear, and the U.S. premiere of "Zip & Zap and the Marble Gang," about two twin brothers who uncover a mystery at their school.

“The addition of Sundance Kids allows us to engage younger audiences around the power of independent film,” Trevor Groth, the festival's director of programming, said in a prepared statement.

Patrick Hubley, artistic director of the Utah Film Center and founder of Tumbleweeds, said the collaboration with the Sundance Institute is an opportunity to feature international and independent films for children.

In addition to Sundance Kids, Tumbleweeds hosts an annual film festival featuring content for children and teens, and hosts monthly film screenings throughout the state.

"We launched our Tumbleweeds programming four years ago with the goal of fostering the next generation of filmmakers and film fans," Hubley said in a prepared statement. "We hope this programming will inspire the creativity and imaginations of young film-goers, not only in Utah but across the country.”