The effort to give teens a fresh start is being led by Sen. Todd Weiler, R-Woods Cross. He said he looked into the issue after being asked why Utah isn't doing the same thing as California, which recently passed an "eraser" bill to make it easier for teenagers to delete things they've posted on social media sites.

“We know for a fact that some companies and some universities are looking at the Facebook profiles of their applicants and that is concerning,” he said. “We all make mistakes we’re not proud of and I think teenagers certainly qualify for making mistakes that they’re not proud of.”

The number of college admissions officers checking applicants' social media pages has grown in recent years. In 2008, only 10 percent of officials reported looking at Facebook pages, but 31 percent said they did in a 2013, according to a Kaplan survey.

“As social media has skyrocketed from being the domain of a younger generation to societal ubiquity, the perceived taboo of admissions officers checking applicants online has diminished,” said Kaplan Test Prep Vice President Seppy Basili in a statement. “There’s definitely greater acknowledgment and acceptance of this practice now than there was five years ago.”

Weiler opened a bill file to start the process of creating legislation in Utah. He said it would be adapted for Utah from the California law.

“We have a lot of kids that do stupid things and turn around their lives to become very proactive and productive citizens and I like the idea of giving them a chance to wipe their slate clean, if you will,” Weiler said. 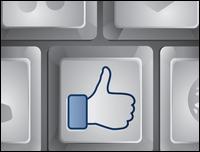 Teens shift from Facebook to other sites to avoid parents

Recent reports show that kids are leaving Facebook and going to sites their parents might not know too much about.

Critics have told him it won't be possible to track down all of the information teens post online because it often becomes archived, but he said that isn't the goal of the law. Instead, he wants social media networks to offer easy options to allow users to switch off their accounts or wipe certain information clean.

“I’m not saying if a company hired a private investigator and paid him $20,000 or $30,000 that maybe they couldn’t find out, but that for a quick search, which I believe most colleges and companies make, that stuff would be gone," he said.

Because some companies like Facebook are headquartered in California, they already have to figure out how to comply with the law and should be able to make it available for Utah consumers, he said.

Weiler said he isn't against accountability, but thinks teenagers are too young to be held to contracts with social media networks who claim posts as their own content. He cited the fact that juvenile court records are sealed to protect those under age 18.

“No one wants to be judged by our weakest moments or biggest mistakes,” he said. “We’re hoping to be judged on a curve and I think that this tool would be one step in that direction.”