WEST VALLEY CITY — More than nine months after a woman was gunned down in a parking lot by two West Valley City police officers, the district attorney has determined the shooting was not legally justified.

Salt Lake County District Attorney Sim Gill on Thursday announced his conclusions in the fatal officer-involved shooting of Danielle Willard, 21. After reviewing 3,800 pages of reports and interviews, Gill concluded the evidence and witness statements do not match the accounts of detectives Shaun Cowley and Kevin Salmon of how the incident unfolded on Nov. 2, 2012.

Cowley told investigators he fired after Willard struck him with her vehicle when she backed it up and he believed she had run over his partner, Salmon. But Gill said that was not true.

Cowley was not behind Willard's vehicle when she began to back out, but rather at the side of her car, Gill said. The detective was not hit by her car or knocked down, the report concluded. Also, even though Salmon was lightly brushed by Willard's vehicle, Cowley did not see him get hit, Gill said.

Because neither of the officers' lives were in imminent danger, Gill said the shooting was not justified.

But Lindsay Jarvis, Cowley's attorney, strongly disagrees with the report. She said her client was truthful with the DA's office and is upset with Gill's conclusions.

"They presented us with one set of facts. We tested them with the evidence we had, and it did not support what they did," he said. "I&rsquo;m not going to speculate to what their motivation was." - Sim Gill, attorney

A particular point of contention is whether Cowley was in imminent danger when he fired the shot that killed Willard and whether he was actually hit by her vehicle. Jarvis said her client did not fall down.

Whether Cowley and Salmon were intentionally being deceitful in their stories was something Gill's office did not investigate.

"They presented us with one set of facts. We tested them with the evidence we had, and it did not support what they did," he said. "I’m not going to speculate to what their motivation was."

However, Gill's office will now begin a second investigation to determine whether the officers' actions rose to the level to justify filing criminal charges against them. That investigation may look into why their stories did not match the physical evidence.

While a DA's decision on whether an officer-involved shooting is justified cannot be appealed, Jarvis said she will fight vigorously if any criminal charges are filed against Cowley. She contended Thursday that of the 42 witnesses interviewed for the report, 41 of them will side with her client and Salmon. 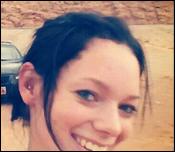 Warrants in an officer-involved shooting in West Valley City were unsealed and released Friday &mdash; and they seem to yield more questions than answers.

"On behalf of Danielle's family, we appreciate District Attorney Sim Gill's investigative findings that Danielle's killing was not justified. The findings confirm what we have already known, that Danielle was murdered."

The saga began in November when Cowley and Salmon were conducting a drug investigation. The officers witnessed what they believed to be a drug deal between David Gines and Willard, who was driving a Subaru Forester.

Willard was in the parking lot of the Lexington Park Apartments, 2293 W. Lexington Park Drive (3710 South). The two detectives said they believed they saw Willard about to put drugs in her mouth. After the shooting, Gill said detectives discovered drugs in the passenger door, but Willard did not have any in her possession.

As they approached her vehicle, one officer went to the driver's window and the other to the passenger side window. Willard looked up at Cowley with a "blank look on her face," according to Cowley's account to the district attorney.

Salmon told investigators that Willard kept looking back and forth between the two officers and her gear shift. He said Cowley was yelling at her to "stop" and "spit out the drugs," according to the DA's report.

The first two shots fired by Cowley struck Willard in the head. Cowley claimed he was falling when he fired the second shot. Gill concluded that neither shot happened the way Cowley originally described it because of the trajectory of the bullets.

"It appeared to me that she was, uh, contemplating placing the vehicle into, uh, motion and fleeing," Salmon said.

"My fear was she that she was going to strike (Cowley) and run him over," he said during a second interview.

As Cowley began to walk back to his car to get a tool to break Willard's windows because she wouldn't come out of her vehicle, he claimed she threw her car in reverse — wheels screeching — and "came flying back and hit me," the report states.

But based on forensic evidence, Gill and his investigators concluded otherwise.

"There were no acceleration marks from the place she was parked that would be consistent with her tires making screeching sounds described by detective Cowley," he said.

Willard's front bumper did "brush" Salmon's knee as it reversed, but Gill said Cowley, when pressed, said he didn't see Salmon get hit or fall as he had previously claimed.

Six shots were fired. The first two fired by Cowley struck Willard in the head. Cowley claimed he was falling when he fired the second shot. Gill concluded that neither shot happened the way Cowley originally described it because of the trajectory of the bullets.

Jarvis said Gill's report is flawed because it's one-dimensional.

"What is extremely important in this particular case is the fact that the vehicle was moving. And it was moving at great speed for that particular distance and was moving toward the officer. And so those are things that have to be taken into consideration," she said.

Jarvis contends that Willard "slams the gas" and Cowley was trapped between her vehicle and his car with nowhere to go. Willard's car ended up going in a circle in reverse. But at the time she accelerated — Jarvis estimated between 10 mph and 20 mph — her client had just a second to react and believed at that moment he was going to be hit. At that point, Jarvis said Cowley's training kicked in and he reacted appropriately.

"What's important when you're looking at a use of force determination is to determine what the threat was at the time when he made the decision to fire," she said.

"Sure the shot was fired from the side of the vehicle. But at the time he made the decision to shoot, it was in front of him coming at him," Jarvis said.

The two officers remain on paid administrative leave. West Valley Deputy Police Chief Mike Powell said the department will now conclude its investigation before determining what course of action to take, if any, against the two.

Even though the district attorney's office has concluded the shooting was not justified because the officers' lives weren't in imminent danger, Powell said West Valley will still be looking into all of the circumstances surrounding the shooting, including whether the officers justifiably believed their lives were in danger.

"We are and will continue to be reviewing whether those actions for the entirety of this incident were within policy or if they were not," Powell said. "It is very different from what the district attorney's obligation is as to whether or not they were justified or unjustified."

Gill's investigation also looked into whether there was any type of cover-up involved in the shooting case, but no evidence to support that was found. There were rumors that Willard had some type of contact with the officers or the department prior to the shooting. Gill said his office found that the first time Cowley and Salmon ever saw Willard was in the parking lot that day.

The Willard shooting, however, was just the beginning of a firestorm of controversy that surrounded the department over the next several months.

After the shooting, West Valley police found evidence from a separate drug investigation in the trunk of Cowley's vehicle that was not supposed to be there. That eventually led to a much broader investigation and the disbanding of the department's Neighborhood Narcotics Unit.

It also snowballed into the dismissal of 124 state and federal cases investigated by West Valley police because of credibility issues, and an additional seven officers from the former drug unit were placed on paid administrative leave. Those officers remained on paid leave Thursday.

West Valley City officials later identified six problem areas involving the drug unit, including undisclosed amounts of missing drugs and money; officers taking "trophies, trinkets or souvenirs" from drug-related crime scenes; the use of GPS trackers without first securing a warrant; improper use of confidential informants, improper handling of evidence within the unit; as well as officers taking small amounts of cash and other items from seized vehicles.