OGDEN — A family and community responded to tragedy with hope during a funeral for two young boys Monday.

Outside the funeral for Alex Vidinhar, 10, and Benjamin "Benjie" Vidinhar, 4, at the Washington Heights Church, the dirt parking lot was full of cars. The obituary invited attendees to dress comfortably, whether in business casual or children-themed T-shirts.

In response, attendees could be seen wearing everything from dresses, suits and ties, to SpongeBob and Superman shirts, with one little girl attending in her yellow Belle princess dress.

The two boys were killed on May 22, found dead from knife wounds in their West Point home. Police are investigating the boys' 15-year-old brother in connection with their deaths.

Funeral attendees said the service talked about the lives of the two joyful boys.

"They just talked about how full of life they were and how they will be greatly missed," said Bailey Arnold, Benji's Sunday School teacher, who wore a Goofy T-shirt to the funeral in his honor.

In addition to always wearing a yellow raincoat, Benji "always had a character shirt on," she said.

Some who attended the funeral expressed bittersweet emotions in light of the nature of the boys' deaths.

"He's still a kid, you know, and I know what (happened) was awful, but he's still a child," she said. "And he still should have some of his childhood."

Duane Jeffery, who said he was a distant relative of the Vidinhars, attended the funeral with his wife, Kaye. He said the service did not talk about the devastating side of the boys' deaths but about the "positive and bubbly" natures of Alex and Benjie. 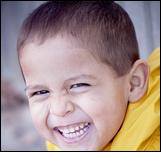 Alex Vidinhar, 10, was outgoing and loved to sing and meet new people. His younger brother, 4-year-old Benjie, was more quiet, but opened up at home where he sang and danced along to the Mickey Mouse Clubhouse, his family wrote in an obituary for the two boys.

"There was no (talk about) the tragedy involved at all, purely focusing on the positive aspects," he said. "I think it was a very nice uplifting burial service."

The service captured a feeling of love and the expectation that the boys were with Christ, the Jefferys said.

"The hope was definitely in Christ, and that they are with Christ," Duane Jeffery said.

Possible charges are pending for the older brother, who will not be charged until Davis County attorneys review all the evidence they need, which is expected to come next week.

Although he is a minor, he potentially could be tried as an adult.

The father of the family told KSL he does not want his son charged as an adult, or imprisoned for life. He said he believes mental or emotional health issues may have been factors in what happened with his sons, and that his son needs treatment.