Mowing the lawn can make you happier, and 4 other psychological oddities

SALT LAKE CITY — Happiness isn't all about sunshine and roses. It may, in fact, be more about freshly cut grass and sleeping on the left side of the bed.

It turns out there's more to happiness than conventional wisdom would have us believe, and researchers in a variety of fields have made interesting discoveries in this realm.

Here are five surprising things that science says will actually make you happy.

Watching a tear-jerker. Ever wonder how the movie "Titanic" became one of the most popular films of all time? It's not for the special effects, or even necessarily for the acting — not even the love story itself. Researchers at Ohio State University believe that watching tragedy movies makes people think more deeply about their own relationships, which in turn boosts life happiness. 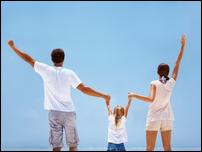 Want to be happy? Practice these 5 traits

Want to be happy? Then be happy. This isn't a riddle. This advice is science-based and backed by a new study that says practicing positive character traits like looking on the bright side and using humor can actually boost your well-being.

The study's lead author, Silvia Knobloch-Westerwick, noted that subjects who had self-centered thoughts about the movie (as in, "At least my life's not this bad") did not see an increase in happiness; only those who focused on the relationships in their lives felt the boost. Further still, those who thought the most about these relationships felt the greatest increase in happiness.

"People seem to use tragedies as a way to reflect on the important relationships in their own life, to count their blessings," she said.

Mowing the lawn. There are few natural joys in life like inhaling the scent of freshly cut grass. No, really. Australian researchers have discovered that when grass is cut, it releases chemicals that make people feel happy and relaxed. What's more, it even can help prevent the mental decline of old age.

Dr. Nick Lavidis, a neuroscientist at the University of Queensland, said the scent works directly on the brain, particularly affecting the regions responsible for emotion and memory. These two areas, he said in a news release, "are responsible for the flight or fight response and the endocrine system, which controls the releasing of stress hormones like corticosteroids." The scent and the chemicals of freshly cut grass help regulate those areas.

Lavidis was so impressed with the findings that he developed an "eau de grass" spray, called Serenascent, which contains three of the five chemicals and the same pleasant aroma.

Fact: Acting happy makes you happy
Did you know that acting happy even when you don't feel happy will, in fact, make you happier? Research shows that even a fake smile boosts your mood, almost immediately. According to wellness guru Andrew Weil, "This has huge significance for those who aim to improve their emotional well-being, because it suggests that we can consciously control our emotional lives much more than we might have suspected."

Getting in a fight. It's not as appealing as getting intimate with your spouse, but research out of Vanderbilt University says that behaving aggressively is just as rewarding for your brain as sex. That's because the brain processes aggression as a reward and, as a result, produces dopamine. “We learned from (our) experiments that an individual will intentionally seek out an aggressive encounter solely because they experience a rewarding sensation from it,” Kennedy said. “This shows for the first time that aggression, on its own, is motivating, and that the well-known positive reinforcer dopamine plays a critical role.”

Of course, it's never a good idea to go out and start a fight just to get a little pick-me-up, but the same dopamine boost can be felt when participating in or watching contact sports like football and boxing.

Making quick decisions. In 2012 a group of Harvard researchers set off to find out whether a person’s first impulse is cooperative or selfish. Despite what the cynical among us may believe, they found that people's initial responses are to be cooperative, and that stopping to think actually encourages selfish behavior.

The researchers conducted a three-phase study, all of which led to the same conclusion: Those who made decisions quickly were more likely to act toward the common good, suggesting that intuition promotes altruism and cooperation.

A related study conducted by researchers at Princeton and Harvard suggested that thinking fast makes people feel more elated, creative, energetic and even powerful. Emily Pronin, the study’s lead author, said activities that promote fast thinking (such as quickly putting together an easy crossword puzzle or quickly brain-storming about an idea) can boost energy and mood in a flash.

Sleeping on the left side of the bed. It's now a scientific fact: There actually is a wrong side of the bed to wake up on. Or at least, there's a wrong one to go to sleep on: A 2011 study found that those who sleep on the left side of the bed (if you are standing at the foot of the bed) are more likely to report being happy than those who sleep on the right.The study, commissioned by Premier Inn, found that more than a quarter of left-side sleepers feel they have a positive outlook on life, compared to just 18 percent of "righties." Lefties were also found to be more cheerful, were more likely to love their jobs and had a more positive attitude when facing their day. What's more, two-thirds of lefties claim to be more calm in a crisis than their right-sleeping partners.

This may explain why, according to The Daily Mail, more than half of lefties refuse to switch to the other side of the bed.