VERNAL — A Jensen man accused of killing a teenager while texting and driving has been ordered to stand trial for automobile homicide.

Jeffrey Lloyd Bascom, 28, was charged with both second-degree felony automobile homicide and obstructing justice, a third-degree felony, in connection with the Sept. 3 death of 15-year-old Tommy Clark.

Wednesday, Bascom was ordered to stand trial on the automobile homicide charge in 8th District Court.The obstruction of justice charge was dismissed.

A two-day jury trial has been set to begin May 29.

Clark and a friend were walking along 500 West near 1200 South around 9 p.m. on Sept. 2 when Clark was hit from behind by the driver of a pickup. The impact threw Clark about 40 feet through the air. 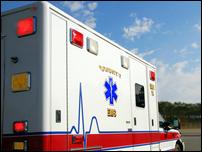 Teenager dies after being struck by alleged texting driver

Grief counselors are on hand at Vernal Junior High School after a classmate died in what police say was a case of texting and driving.

Bascom was driving the truck and told investigators he was texting at the time he struck Clark, police said, noting that Bascom's statement was consistent with the physical evidence at the scene.

Clark was taken by ambulance to Ashley Regional Medical Center, then transferred by helicopter to Primary Children's Medical Center. He was removed from life support the next day.

A man who was following Bascom when the crash occurred testified Wednesday that Bascom told him he had been texting and driving when he crashed into Clark.