SALT LAKE CITY — Right now, we have more people wanting to get stuck with a needle than we've had in years. They're racing to get flu shots, even though we're well into the flu season — and while the demand is high, the supply is low in Utah.

To say it's been a busy past few days at the downtown Harmon's pharmacy would be an understatement. Pharmacy manager Jameson Rice said the majority of patrons are searching for one thing: a flu shot.

"In the last week it's been really crazy," he said. "A lot of people are calling or coming in, and they're saying, ‘We've tried a bunch of different pharmacies. No one has it in stock.'"

There are only a handful of pharmacies left in Salt Lake County that still have flu shots in stock. Rice said his store ran out over the weekend and had to turn about 30 people away.

Erin Fox, director of drug information at the University of Utah, said the severity of the flu fluctuates from year to year, and that is one of the issues driving demand. Because last year's flu season was so mild, some pharmacies didn't order quite as much this year — and many people didn't think they needed one until now. 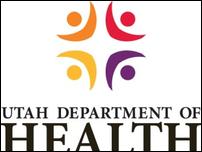 Need a flu vaccine? Click on the link above to find a facility near you that has the vaccine in stock.

This season's particular strain of flu is pretty nasty; and as more people get sick, more people want the shot — thus, the shortage.

Pharmacies like Harmons have their shipments ordered and most should get more in stock sometime this week. Fox says even though a flu shot takes about two weeks to give you protection, it's still worth getting if you can find one.

If you're trying to find a flu shot, the Utah State Health Department has an online tool to help you. It's flu shot locator that will scan through pharmacies in your area to tell you which ones still have some in stock.