PROVO — A man accused of hitting and killing a pedestrian while texting and driving on the BYU campus has been charged nearly two years after the incident.

Cade Myles Krueger, 29, was charged Monday in 4th District Court with negligent homicide, a class A misdemeanor, and texting while driving, a class C misdemeanor.

On Sept. 19, 2010, Krueger hit two pedestrians in a crosswalk at BYU. Jessica Raylene Wilson, 28, originally from Rexburg, Idaho, who received a bachelor's degree in sociology from BYU, was killed. A 27-year-old woman visiting from Estonia, where Wilson served a mission for The Church of Jesus Christ of Latter-day Saints, received critical injuries but survived. 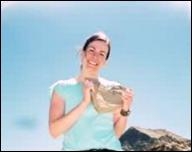 Woman hit and killed by car on BYU campus

A Provo woman died after being hit by a car on the campus of Brigham Young University. The woman and a friend were crossing North Campus Drive Sunday night when police say a distracted driver hit them both.

The two were walking between 500 East and 600 East near the Bell Tower on North Campus Drive when they were hit.

"In reviewing Krueger's phone records, his testimony and the surveillance video, Krueger was both sending and receiving text messages while driving and immediately prior to hitting the pedestrians," according to court records.

A summons was issued for Krueger to make an initial appearance in court on Oct. 17.

A civil suit by Wilson's family was filed against Krueger in 2011.