SALT LAKE CITY — When the curtains close on the Summer Olympic Games this Sunday, London will be faced with the same challenge of every host city: what to do with the venues.

Many world-class arenas built to host Olympic events have successfully evolved to have a vibrant post-Olympic life. But as the Associated Press reported last week, it is all to common for the world's greatest stages to quickly fall into disuse and disrepair.

“Eight years after the 2004 Athens Games, many of the Olympic venues Greece built at great expense remain abandoned or rarely used,” the Associated Press reported. “They are the focus of great public anger as the country struggles through a fifth year of recession and nearly three years of a debt crisis that has seen a surge in poverty and unemployment.”

In contrast, Utah has seen consistent use of its Olympic facilities in the 10 years since the cauldron's flame was extinguished at Rice-Eccles Stadium. According to the Utah Sports Commission, all 14 world-class venues created and enhanced for the 2002 Games continue to be used to host events, elite training and recreational programs. 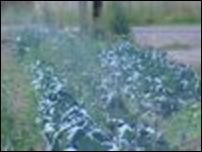 The 2002 Winter Games showed off Utah's beautiful mountains and the greatest snow on earth.

More than 45 World Cups or championships have been hosted in the State of Utah since 2002, including the Nordic Combined National Championship, which was held last week at the Olympic Park.

Soldier Hollow has added to its miles of cross-country ski trails and transitioned into a year-round resort.

In addition to boasting "the fastest ice on earth," the Olympic Oval in Kearns regularly hosts public skating, skating lessons and runners on its 442-meter track. At the Olympic Park in Park City, aspiring Olympians can get their first taste of sports like the bobsled and skeleton, or can enjoy summer activities like the alpine slide and zip lines.

The park's latest attraction, a set of ropes courses and a 65-foot drop tower, opened this summer and has attracted thousands of visitors. Jennifer Clarke, public relations and program manager for the Utah Olympic Legacy Foundation, said inclusive activity packages at the Olympic Park make exact numbers unclear, but approximately 500 people have visited the new ropes courses each weekend.

"Whenever you have anything new it's a slow start, but it didn't take long for them to catch on and get really busy," she said.

Clarke said it is recreational attractions like the ropes courses and a strong focus on youth-athlete programs that have allowed the Legacy Foundation to maintain the quality and efficiency of the Olympic facilities.

"If we were just an elite training facility or just a museum we wouldn't survive," Clarke said. "Anyone can come and be active and try something new."

While the Olympic Park and Oval offer something for everyone, Salt Lake has also maintained it's status as an elite training and competition destination, Clarke said. Olympians regularly train at the Olympic sites and the national governing bodies of the U.S. speed skating team and ski and snowboarding team are based in Utah.

"That alone draws huge numbers of athletes," she said. "The facilities we have here are highly specialized."

She also said that the overall success of the Salt Lake City Winter Olympics set the pace for a lasting life at event locations.

"The success of the 2002 Games played a large role because we were left with a large endowment," Clarke said. "Combining it with new revenue ideas, the facilities have been able to do a great job maintaining and growing in some cases."

When asked if Utah would be able to host another Olympic Games, Clarke doesn't miss a beat.

"Absolutely," she said. "It will only be a matter of time."