SALT LAKE CITY — Most people enjoy getting out of the house once in a while and going to dinner.

Knowing that, Justin Kinnaird came up with an idea a few years ago, that’s really catching on.

After working as the general manager of Salt Lake’s Cucina Toscana restaurant, he wanted to open his own place. "But I couldn't afford it," he said.

So he borrowed an idea that’s popular in other cities around the world. He calls it "By Invitation Only."

Here’s how it works. Each month the location changes, the chefs change, as does the menu.

“The venues, they kind of just happen,” Kinnaird explains. “There's not a science.” 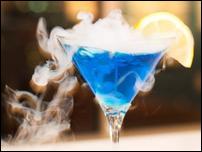 By Invitation Only SLC, UT is Salt Lake Citys first and coolest Underground Restaurant. Always in a different location, always by invitation only, with talented Local chefs, hosted by Justin Kinnaird.

Basically, he finds large houses or other buildings that are for sale with million-dollar price tags. Then he turns them into a fancy restaurant for just two nights. It’s a good deal for the sellers — they get plenty of exposure. And for the diners, they get some of the best food around.

"The culinary scene in Utah is amazing. I would say some of the best chefs in the world," he said. “I wanted to create something that kind of highlighted the best of Utah, that people would know that when they came to Salt Lake City that this wasn't just a provincial place.”

So how do you get in? It’s sort of who you know. Or at least about knowing the Facebook page on which to sign up. It's sort of a modern day twist on whispering a password to a guy at the door.

By Invitation Only has a fairly large following, and not everyone gets invited to attend the monthly dinners. The size of the venues usually dictates that.

And in another twist, diners won’t find out if they’re actually invited — or know the location of the dinner — until they receive an email the day prior to the event.

The cost to attend one of these events is roughly $100 a person.

I wanted to create something that kind of highlighted the best of Utah, that people would know that when they came to Salt Lake City that this wasn't just a provincial place.

October's dinner was a Halloween-themed event in a 1900s-era church-turned-residence on Salt Lake's northwest side, featuring the work of Logan artist Trevin Princea.

"We try to make it every month. We love it. It's a fun night out," said Jennifer Townsend, who, along with her husband Kevin, are By Invitation Only "regulars."

“There's nothing around in Salt Lake like this," Kevin Townsend said. "Every month it's different. Different location, different chef, different venue. It's great."

As far as the guest chefs go, Kinnaird seeks out Utah’s best to create a special gourmet menu.

Bucher says working in someone else’s kitchen can be a bit nerve wracking.

“It's very tricky because you get used to where things are, and what to do when you're out of something. But in this environment, you literally have to wing it," he said.

By Invitation Only is not just about the changing venues and menus each month. There's always an art component: live music, sculptures, or paintings by local artists. And you never know what you’ll see or hear or taste until you walk in.

“The only thing that doesn’t change in my restaurant is me,” Kinnaird said. “So hopefully when you come, you like me. And then everything else can be a whole new experience for you.”

So where’s the next event? Sign up and hope you get the email.

People can get their name on the list by emailing byinvitati ononlyslcut@hotmail.com.