This just isn't about bricks and mortar. This is about an academic plan that the board has forwarded to make sure all kids ... are career and college ready.

The Canyons School District is looking to voters for a $250 million bond to fix up old schools and build a new high school in Draper.

"When Canyons voters voted to create a brand new school district a couple years ago, the buildings were a big part of that," says Jennifer Toomer-Cook, spokeswoman for Canyons School District.

Toomer-Cook says people within the boundaries have cried out for years about repairing old schools. If approved, the bond would fix up four elementary schools, six middle schools and Brighton and Hillcrest high schools. 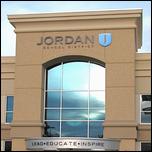 The Jordan School District's special education department will lay off close to 90 teachers and assistants in order to close a $6.5 million budget gap.

The bond would also provide funds to build a brand new school in Draper. District officials say it is needed to ease crowding.

In addition, ninth-graders would move into high school and sixth-graders into middle school.

"This just isn't about bricks and mortar. This is about an academic plan that the board has forwarded to make sure all kids, when they graduate from Canyons high schools, that they are career and college ready," Toomer-Cook says.

The bond would not raise taxes. The district is still paying on a bond from 2003, from when it was part of Jordan School District. As the old payments retire, the new payments will take over.

The money could only be used to renovate schools and not to fill Canyons' $13 million shortfall.